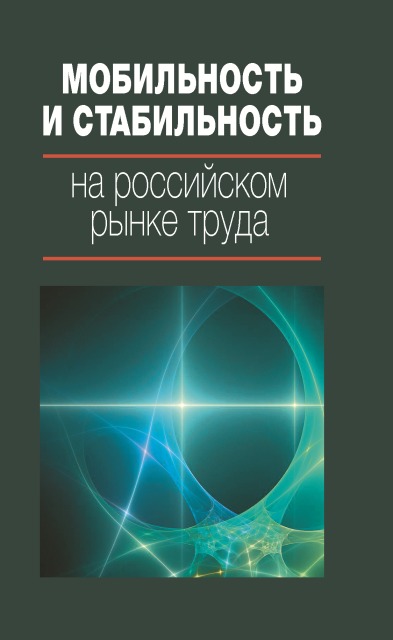 Article examines the migration of urban working age middle-class citizens to rural areas. Research focuses on de-urbanization processes, mobility (both physical, from the city to rural areas, and socio-cultural), the construction of rural localities by the ex-citizens, and their interaction with local and city communities, as well as the new social realities emergence. The research is concentrated on the nonurban spaces of the Near North, where in-depth interviews were carried out during a cross-disciplinary expedition. Article is focused on moving from urban to non-urban spaces, professional activities of the settlers, and their interaction with social environment We examine the ‘production of locality’ concept, specifics of new hybrid identities, and lifestyles of those moved to rural areas. There are several trends in the process of constructing new localities. On the one hand, the locality produced by city migrants fills rural space with ‘humanistic’ meanings, opens the door to its rational use, making it attractive while forming the resource streams, strongly connected to the city. However, at the same time there is a tendency of producing of quasi-traditional ‘rurality’ and ‘theme parks’ construction, simulacrum-

The article discusses the epistemological interconnections of such concepts as the right to the city, mobile citizenship, urban mobility and universal design. The problem of accessibility of and barriers in the urban environment has become extremely important today for the researchers, since it is directly related to the issues of quality of life, overcoming the marginalization of millions of ordinary Russian citizens. The author emphasises that universal design is becoming a key condition for improving the accessibility of the environment, public goods and services for all people. The right to the city is considered in terms of freedom of movement, accessibility of socially significant objects, including urban green areas, as well as in the perspective of mobilizing a civic position. The mobile citizenship of such vulnerable groups as people with disabilities, migrants, women and other categories of population, is associated with their right to accessible city routes and inclusive parks. Focus on the accessibility of urban green spaces reveals the growing complexity of urban life.

The problems of equal access of people to safe and inclusive urban green spaces are presented here on the basis of the materials of the World Health Organization and empirical data obtained through walk along. It is shown that the turn to the new urbanism caused the emergence of the walk along method in such theoretical perspective that considers the right to the city in a process of interaction of city authorities, designers, architects, builders and ordinary people, old-timers and newcomers, everyday users who make changes in cities. The cognitive potential of the go along interview method is shown not only in the context of social sciences. Its applicability in urban planning is also emphasized. As the interviews showed, social citizenship is faced with obstacles in practice, and one should think about factors that facilitate orientation, mobility, security, improving the accessibility of urban space.

The subject of this article is the new role of individual mobility in the development of the territories of Siberia and the Far East. The purpose of the study was to justify the importance of a comprehensive study of the phenomenon of mobility as the most important factor in the new economic growth of Siberia and the Far East after using a set of regional analysis methods – statistical, sociological, cartographic, and others. In the regions of Siberia and the Far East, the last thirty years there has been a ‘quiet’ revolution of mobility – when automobiles got a rapid development to compensate for exploding airfares, especially in the zone of non-alternative transport and especially in winter. Its role in the consolidation of communication, in the flow of knowledge, in the transfer of best practices and innovations is extremely significant. Since transport and local transport systems play such a decisive role in the development of the sparsely populated territories of Siberia and the Far East, it is natural to see the reserves for the growth of these territories through their modernization. There are three zones of transport arrangement: 1) alternative, 2) non-alternative and 3) off-road transport. In the first zone, we are talking about strengthening innovation centers in interregional transport hubs. In the second, about the emancipation of the forces of mobility (primarily of individuals and small businesses), in the third, about the comprehensive promotion of non-stationary forms of temporary closeness as a source of fruitful communication and places of birth of new ideas.

Individual Returns to Training in a Russian Firm
Aistov A., Aleksandrova E. Economics. EC. Высшая школа экономики, 2015. No. WP BRP 101/EC/2015 .
This work is devoted to estimating the individual return to worker's professional training. This empirical research is based on unique monthly data, comprised of the personnel records of workers in a Russian metallurgical enterprise between 2006--2010. Using the original time distributed difference-in-differences technique we control for the effect of workers' mobility and the ``non-parallel'' dynamics of earnings in estimates. A qualitative comparison of mobility in trained and control groups is also made by Kaplan-Meier survival curves. The main factors that distinguish this paper from others are the following. (I) We focused on the internal labour market, concluding that it has common peculiarities of wage setting concerned with training as an open labour market. (II) We show that mobility-friendly training programs give high returns, and not only in transition economies. (III) We suggest controlling for mobility by choosing a corresponding control group. (IV) We use a robust new specification that is reactive to different dynamics of the dependent variable in treated and control groups in difference-in-differences estimates. (V) We compared three different kinds of training and our conclusions could have practical application (at least in Russian context). The best way to raise personal earnings is on-the-job training. The internal mobility caused by retraining courses was the same impact on workers as if they lacked retraining. The wages of workers trained in the same field grow randomly for a few months before and after training. Nevertheless it is difficult to prove the causal effect of this kind of training on wage growth.
Город VS деревня: взгляд тех, кто сделал выбор
Макшанчикова А. Ю. В кн.: СОЦИОЛОГИЧЕСКИЙ ЕЖЕГОДНИК 2017. СБОРНИК НАУЧНЫХ ТРУДОВ. Москва 2017. ИНИОН РАН, 2017.