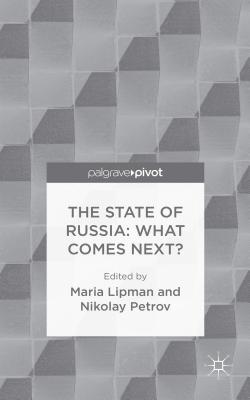 This article deals with the problem of a discrepancy between the law and rights as the concepts of Islamic legal thought and modern science. A proposed solution suggested by the author is to examine the approaches towards these concepts existing in the modern legal science. In addition, this work provides a number of examples of the law and rights’ interpretation in Islam. This article is an interdisciplinary study of rights, Islamic legal culture, Sharia and Fiqh through the prism of Islamic knowledge, legal theory and legal policy.

The fifth edition of "American Studies" is the result of activity of certain scientific laboratory - Center for the Study U.S. Kursk State University, so he opens with an article that characterizes his work. This edition includes articles: on topical issues in contemporary Russian American Studies. Collected together specialists from Moscow, St. Petersburg, Kursk, Samara, Saransk, Saratov, Kirov, Bryansk, Nizhny Novgorod, Kaliningrad, as well as colleagues from Belarus (Minsk) and Ukraine (Kiev, Kirovograd, Lugansk). Its special feature is the collaboration of historians, linguists who study the United States. Problematic articles of interest for the variety and importance of scientific subjects dealt with in them. For the convenience of readers materials in the collection are divided into separate headings. Presented studies reflect the realities of domestic and foreign policy history of the U.S. XVIII-XXI centuries. As well as the sphere of American life such as history, literature, culture. A series of articles based on archival materials. In light of new approaches to the study of history should highlight the narrative, discursive approach, gender studies, comparative linguistics and multidisciplinary, achieve intellectual history. Materials: a collection designed for historians, researchers, teachers and higher secondary school students, bachelors, masters and PhD students, as well as anyone interested in the problems of U.S. history .

It is obvious that no study of literature can be done in isolation from other disciplines, especially social sciences. Discussing the literary text in the class involves contextualizing it, telling about its author, the historical period it was written in or about, the philosophical thoughts and socio-political climate of that period, etc. Depending on the dominant themes in the text, the literature teacher delves into aspects of history, philosophy, psychology and science. In Moscow State Linguistic University we teach future translators who should not only read and understand but also translate literary texts correctly from Korean into Russian, and the very important thing our students should be acquainted with is the cultural code underlying the literary texts in Korean. We also must take into consideration the differences between Korean and Russian cultural codes as well as between South Korean and North Korean ones.

First of all we should say that the concept of “cultural code” itself is a matter of discussion. The term “code” as used in semiotics evinces a fundamental ambiguity inherited from the lexical meaning of the word. R. Jacobson was one of the first semioticians to adopt the term “code” from communication theory. In 1953 reflecting on the correlation between culture and language he declared: “The most essential problem for speech analysis is that of the code common to both sender and receiver and underlying the exchange of messages”. Developing this thought Eco stated that communication, including the processes of “signification” and “interpretation”, is made possible by the existence of codes.

For working interpreters (translators) and language & literature teachers it would be logical to understand “cultural code” as a multilevel dynamic system letting to see, interpret and translate into other languages the meaning inherent in the message addressed to the carrier of such a code. As the levels available for familiarization to the non-carriers of the code could be identified: 1) the common knowledge about the world, including natural objects and cultural objects, 2) the mentality as a way of perceiving the world and ourselves in it on the basis of some values and what else, 3) the linguistic picture of the world implying the existence of certain “concepts”, 4) the involvement into various discourses 5) collective memory, etc. So it becomes clear that the condition for more or less complete understanding of the text of the foreign cultural code is primarily the widening of the interpreter’s “semantic horizon” (the term by G. Gadamer) up to the extent in which it can “fuse” with the “semantic horizon” of the text. The identification of the above-mentioned levels and the connections between them turned out to be very intricate task itself.

In the presentation I am going to show how we work with our students at deciphering Korean cultural code when reading and translating prosaic and highly metaphorical poetic texts, giving as examples some passages from the texts which are remarkable in terms of implicit content.

The review analyses the international conference “Christian Monasticism from East to West: Monastic Traditions and Modernity in Europe”, organized in June 2015 by sociologists and theologians from the Universities of Graz (Austria), Turin (Italy), and Bucharest (Romania). The conference initiated a sociological reflection of different monastic traditions, and the role of monasteries in terms of the decline of trust in religious institutions. It raised the question of the dynamics of monasticism as a traditional institution in modern societies, not only in Europe, but also in Asia, Africa, and America. The scholarly discussion paid particular attention to the adaptation and resistance of religious traditions to social changes. Researchers from different countries have demonstrated the innovative potential of monasticism in the economic sphere (monasteries from different countries are pioneers in the development of the sector of organic products), the cultural sphere (the development of tourism and excursion services), and the religious sphere (the emergence of so-called “new religious communities”). Alongside traditional roles, monasteries have acquired new social roles. The secularization of the concept of “monasticism”, and its use in relation to the phenomenon of “consuming the tradition” apart from a religious context is stressed. The conference continued to develop the theme of an interdisciplinary approach to the study of religion. The position of a researcher and his or her professional identity, the issues of objectivity, and the idealization of the research subject are analyzed.

Since his rise to power in 2000 Vladimir Putin has had two major priorities: ‘control’ at home and ‘sovereignty’ on the world scene. The importance of these two priorities has not eclipsed other goals, such as economic development, but the latter has always been secondary to the foremost priorities cited above. Throughout the ‘softer’ period of his rule, up until his presidential comeback in 2012, Putin was able to balance his main and his secondary objectives: the economy kept growing while domestically Putin set about systematically removing political opposition and competition, and ensured unchallenged power for himself. He successfully resisted the attempts of the West to interfere in Russian domestic affairs, but the Russian economy benefited from lucrative economic cooperation with Western nations. However, by the time Putin returned to the Kremlin to begin his third presidential term in 2012 the economy had stopped growing. Combined with a decline in the regime’s legitimacy (the most striking illustration of which were the mass protests of 2011-2012) this marked a turning point: Putin was no longer able to balance his top priorities and national development objectives. The annexation of Crimea (overwhelmingly seen in Russia as the righting of an historical injustice and a victorious achievement that echoed Russia’s glorious victory in the Great Patriotic War) generated nation-wide nationalist euphoria and universal approval of Putin as the nation’s leader. The regime’s legitimacy was thus reaffirmed, but it was no longer a legitimacy derived from the electoral process, but rather a ‘military legitimacy’ predicated on the portrayal of Russia as a fortress under siege. The ‘besieged fortress’ mindset was further entrenched by the subsequent war in Donbass accompanied by aggressive anti-Western and anti-Ukrainian propaganda, followed by the 2015 airstrikes in Syria and a dramatic confrontation with Turkey. By the end of 2015 the broadly shared popular perception was that Russia had finally regained the great power status1 it lost after the collapse of the USSR. However, although Putin may have enhanced Russia’s sovereignty and consolidated his control inside the country, these priorities have come at a rapidly rising cost to the Russian economy, the country’s social capital and other spheres of life.

This book provides a reference tool to understand current developments in happiness studies. It provides an overview of the evolving body of happiness research and draws some of its future trajectories. This book collects the contributions of scientists from psychology, sociology, economics, political science and other scientific domains sharing the quest for improving people's quality of life. Building on this expertise, the book provides a compass to orient the reader in a burgeoning literature to document, inform and suggest ideas for future research.

STEM (Science, Technology, Engineering, Maths) is a stable abbreviation that combines science, technology, engineering and mathematics. STEM education is not just a combination of several fields under one heading, but rather a modern line of integration of science, mathematics and engineering. The practice of implementing the STEM approach in education is based on an activity, i.e. through experiment, research, design, construction, programming. The article presents the approach inherent in the preparation of the collection of STEM-based tasks, which is being prepared for publication. This collection is aimed at acquiring knowledge and skills in the field of STEM by primary and secondary school students. The idea of this collection is based on intersubject communications, practical orientation, and the active component.

The article looks at the problem of designing theoretical courses delivered in a foreign language. The author describes a set of skills which form professional communicative competence and offers some recommendations concerning the structure of these courses and the main conceptual principles the courses should be bases on.

Put forward the task of achieving synergetic understanding actualizes the need to form an interdisciplinary research tools . Its application is related to the general context of the organization of cognitive activity. Development of science for a long time to build on the trajectory disciplinary differentiation. Emerging scientific fields allocated by narrowing existing specialized subject areas . Played a positive role at some stage , as the detailing research subject niches such atomization science today led to the methodological impasse . Increasingly lost the overall systemic vision of the problems under consideration . The most significant achievements of modern science is increasingly achieved in recent years, namely in the field of interdisciplinary synthesis . Recognized the need to form a new integrative knowledge. Its genesis is no longer determined by digestion and scientific logic synthesis.