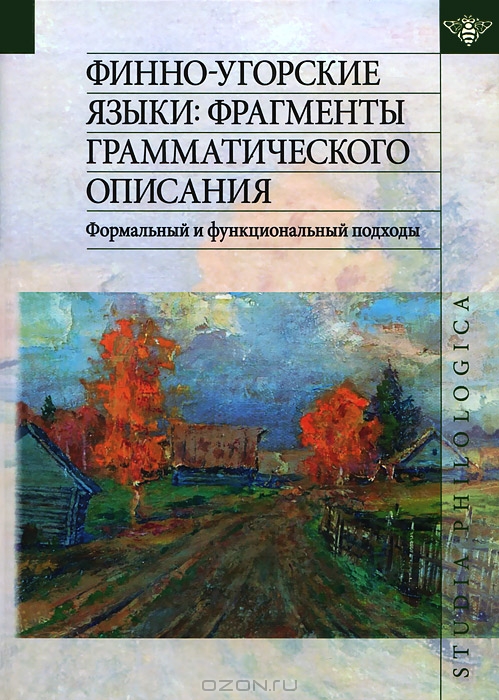 This paper presents an anaphora analysis system that was an entry for the Dialog 2014 anaphora analysis competition. The system is based on ABBY Y Compreno linguistic technologies. For some of the tasks of this competition we used basic features of the Compreno technology, while others required building new rules and mechanisms or making adjustments to the existing ones. Below we briefly describe the mechanisms (both basic and new) that were used in our system for this competition.

The paper presents a corpus study of the concessive syntactic phraseme pri vsjom X-e ‘with all  X’ in Russian.  The study demonstrates (a) a strong correlation between the semantics of the  phraseme  and its  other linguistic  properties; (b) pragmatic properties that are typical  of syntactic  phrasemes  in general;  (c)  language-specific  phraseological  status. In particular,  the  combination  of concession and intensification in its meaning  explains its status as a negative  polarity item; the fact that it  refers to properties  of objects  explains its co-referential  requirements.  Pragmatically, like many other syntactic  phrasemes,  pri  vsjom  X-e  entails  a  certain structured  worldview. Its linguistic properties are not carried across languages: its  closest English counterpart, the construction with all X does not manifest any of its properties.  This proves that the status of a syntactic  phraseme  and all its linguistic consequences in one  language cannot be predicted on the basis of the data from another language, and thus ought to  be established on an individual basis.

The paper describes the noun phase and anaphora annotation in OpenCorpora and compares it to that in other corpora. We discuss the choice of representative texts for anaphoric annotation and the basic principles of syntactic annotation. In case of noun phrase annotation we followed the scheme introduced earlier for morphological annotation: it was carried out in two stages: firstly, all noun phrases and some other syntactic units were annotated by a heterogenous group of people, then a linguist compared all markup results and found the best one, or corrected mistakes. We present some annotation results and cases of annotator's disagreement and proceed to introduce our data-driven anaphora resolution system based on decision trees. We then list the features used to fit the classificator and discuss their relevance and some changes which improved the classificator performance. We also present out rule-based approach to automated noun phrase extraction using Tomita parser. A baseline for anaphora resolution is introduced and we compare it with our results.

The paper focuses on the paths of grammaticalization of the verb of speech manaš (‘say’, ‘name’) in Eastern Mari. The converb of this verb (manən) is desemantisized, it loses the syntactic properties of the verb of speech and shifts to the category of subordinators. Successive grammaticalization steps of this marker can be observed in Modern Mari: in some contexts it functions as a quotation marker, while in others as a subordinator. We suggest two paths of grammaticalization of this form on the basis of the given analysis: the fi rst path involves the context of verbs of speech, mental and emotive complementtaking predicates, the second path involves the contexts of causation and potential situation (in complementation), purpose and causal adverbial clauses. The argumentation for this grammaticalization pattern is based on the constraints on subordinate predicate encoding (acceptability of non-fi nite clauses with manən), the choice of pronouns [we focus on the choice of the anaphoric vs. deictic strategy of encoding the textual («original» in [Aikhenvald 2008]) speaker and hearer] and the mood of the verb in the complement clause. We show that in Modern Mari the analyzed form can have the following functions: as a quotation marker, as a subordinator in complement and adverbial clauses, as a discourse marker of hesitation and autocorrection, and as a semantically empty subordinator that is used to express negation with the infi nitive.