by year
Subject
News
At the Intersection of Culture and Socio-Economic Development
In its capacity as a venue for integrating Russian and international cross-cultural psychologists, the HSE Centre for Sociocultural Research has been researching the values of people in post-Soviet states and other countries for over a decade. Nadezhda Lebedeva, Director of the Centre and Professor of the Faculty of Social Sciences, speaks about the leading world researchers working at the Centre, the transmission of values among adolescents and their psychological well-being, and the connection between creativity and the acceptance of cultural differences.
CPD Training of Staff Boosts Self-confidence
There is a significant psychological effect of continuing professional development programmes, i.e. people feel more confident in solving problems. After training, employees note that they cope better with tasks both at work and home.
Wonderful Lanthanides: Researchers Systematize Global Data on the Properties of Rare-Earth Metals
Yury Belousov, Associate Professor at the HSE Faculty of Chemistry, joined his colleagues from Moscow State University, Lebedev Physical Institute, and the University of Camerino, Italy, to work on a review, in which they compared and analysed over 200 lanthanide azolecarboxylates. The scholars were the first to systematize the scattered published information in a single source, which will be useful for technology developments in electronics, metallurgy and nuclear medicine, as well as in the chemical and nuclear industries. The review was published in Coordination Chemistry Reviews.
Publications

At the turn of the 1850-60s Moscow agricultural society, the biggest one in Russia, developed from an extremely loyal institution into a bulwark  of resistance against bureaucracy. Having not received a privilege to participate actively in the preparation of the agrarian reform, it rose against the key role of governmental officials in this process and in defense of its legal rights as a public organization. The struggle under the leadership of A.Koshelev lasted for several years, but didn’t result in the liquidation of the society, in contrast with the fate of the Agricultural society in the Kingdom of Poland, the existence of which finished in 1861. 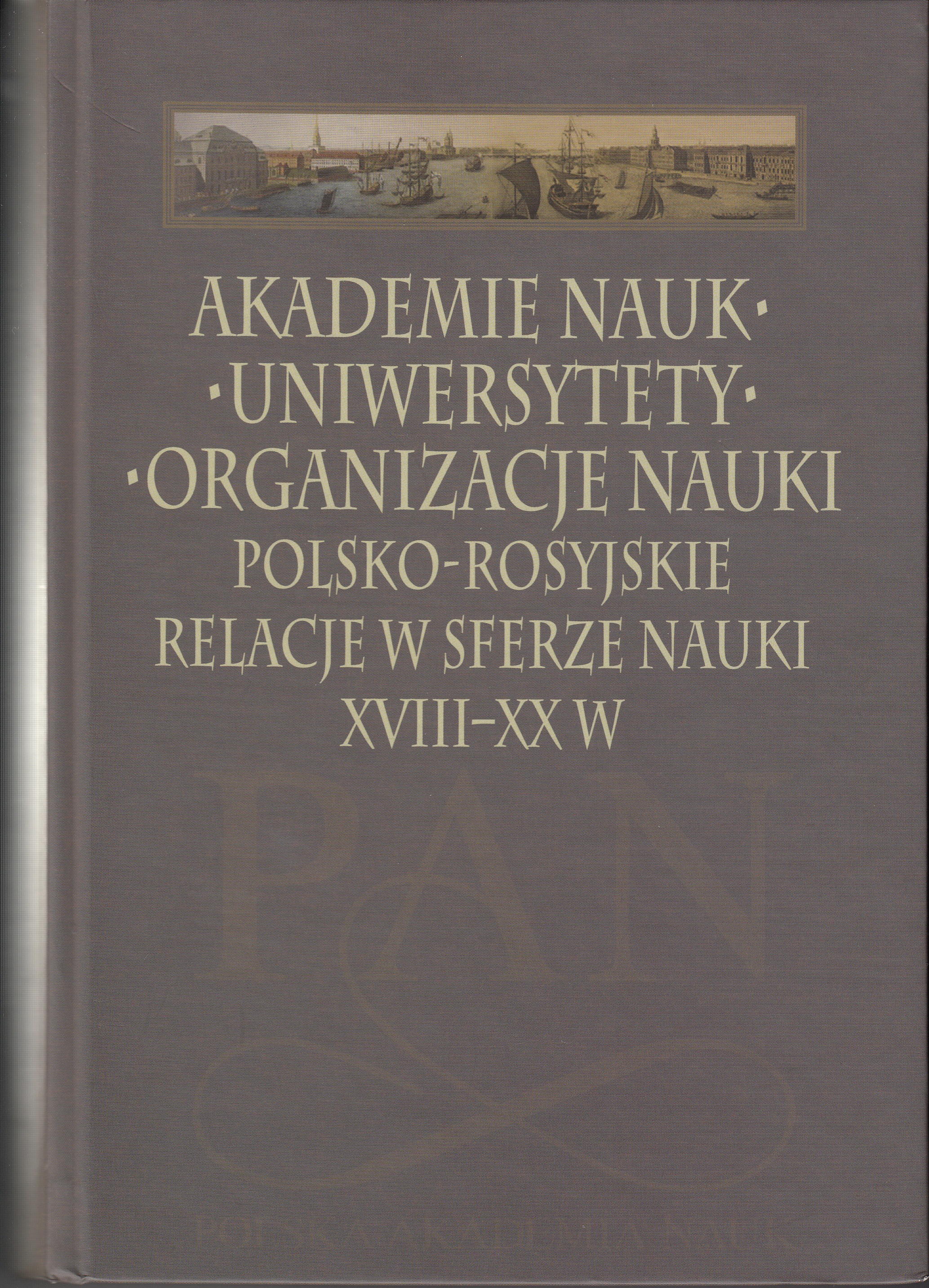 A dictionary of political and social concepts of the late Soviet Union and in the first years of transformation.

How do Russian leaders balance the need to decentralize governance in a socially and politically complex country with the need to guarantee political control of the state?

Since the early 2000’s Russian federal authorities have arranged a system of political control on regional elites and their leaders providing a ‘police control’ of special bodies subordinated by the federal centre on policy implementation in the regions. Different mechanisms of fiscal federalism and investment policy were used to ensure regional elites’ loyalty and a politically centralized but administratively decentralized system was created.

Asking clear, direct and theoretically informed questions about the relationship between federalism, decentralisation and authoritarianism, this book explores the political survival of authoritarian leaders, the determinants of policy formulation and theories of federalism and decentralization, to reach a new understanding of territorial governance in contemporary Russia. An important work for students and researchers in Russian studies and regional and federal studies.

Political Accountability and Real Authority of Government Bureaucracy
Dodlova M. C. In bk.: X Международная научная конференция по проблемам развития экономики и общества: в 3 кн.. Bk. 2. M.: Higher School of Economics Publishing House, 2010. P. 119-125.
In a country with weak institutional constraints on the executive, the real power might belong to the government bureaucracy rather than an autocratic leader.
Performance Incentives and Economic Growth: Regional Officials in Russia and China
Rochlitz M., Kulpina V., Remington T. F. et al. Political Science. PS. Высшая школа экономики, 2014. No. 18.
Scholars of performance incentives for regional officials in transitional states debate the appropriate degree of centralization and decentralization of political control. Decentralized administrative systems are said to encourage beneficial jurisdictional competition among regional officials, inducing innovation and growth, and reducing the likelihood of predation by central officials. An alternative perspective holds that centralization enables central governments to set overall policy goals, selectively rewarding regional officials who meet them, and restraining local predation. In this paper, we argue that the key to an effective incentive system lies in the way centralization and decentralization are combined. To investigate this issue, we compare the performance, careers and incentives of regional officials in China and Russia during the last 15 years. Both countries combine centralized personnel selection with substantial administrative autonomy for regional officials, but differ substantially with respect to economic outcomes. We argue that the difference in outcomes can be attributed to a number of organizational features of the two systems that make performance-based evaluations more difficult in Russia than in China. In particular, we find that in contrast to China, provincial leaders in Russia are unlikely to be promoted for performance, have a lower turnover, are almost never transferred from one region to another, have less experience in executive positions, are more likely to come from the region they govern than their Chinese counterparts, and are not encouraged to show initiative in economic policy making.
Ключевые проблемы модернизации России и Китая: направления сравнительных исследований. Вводное выступление за «круглым столом» - «Модернизация в России и Китае в сравнительной перспективе»
Медушевский А. Н. Российская история. 2012. № 3. С. 45-48.
Политическое недоверие как позитивный фактор
Оболонский А. В. Вестник Института Кеннана в России. 2012. № 21. С. 7-18.

The author considers the hypothesis that under certain circumstances mistrust acts as the driving force for political development whereas trust, especially in its essential paternalistic forms, preserves the unsatisfactory status quo. The problem analyses  as a part of general trend in the contemporary world towards declining prestige of public institutions and taking into account the Russian specifics.

Хозяин земли русской? Самодержавие и бюрократия в эпоху модерна
Соловьев К. А. М.: Новое литературное обозрение, 2017.
Routine Corruption in Russia During the Reigns of Catherine II and Alexander I
Fedyukin I., Korchmina E. S. Humanities. HUM. Basic Research Programme, 2016
This articles uses the account records books from a variety of Golitsyn estates in the late eighteenth- early ninetieth century to assess the level of "routine corruption" in Imperial Russia. The data from these books allows us to identify individual cases of unofficial payments made by the estates and by peasant commune to the district-level officials; to delimit key types of payment situations; and to calculate the overall volumes of payments. The resulting numbers are compared to the overall volume of obligations carried by the serfs to the state and toothier landlords. Our conclusion is that while the routine unofficial payments were ubiquitous and accompanied any interaction with the state, by the time of Catherine II's reign their volume l was quite low and did not put significant burden on the population. Rather, officials made fortunes by extracting unofficial payments in more targeted ways. gift-giving