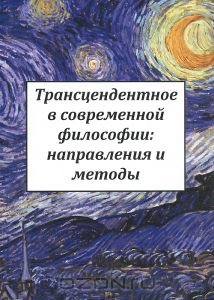 The purpose of this article is to explore the repercussion of Kantian transcendental philosophy, especially his notion of apriori,  in the early French epistemological tradition. The reception of Kant in France was influenced by eclectic junction of Kant’s doctrine of categories as apriori conditions of objective knowledge with the Cartesian cogito that led to psychological interpretation of the origin of categories. Emile Boutroux (1845-1921) later developed the theory of scientific knowledge where the systematization of natural phenomena is guided by categories and dispositions of mixed nature (not merely apriori neither aposteriori). In Boutroux’s epistemology the mind and the external reality appear to be two active and opposing forces. The mind try to understand the reality by putting on it the mental categorical grid, but the reality acts as an independent force resisting rational organization. The resistance of reality offers the possibility of eventual transformation of previous mental schemes. This possibility of transformation of epistemological categories in history was further explored by French historian of science Hélène Metzger (1889-1944) in her works dedicated to the mental apriori.

Malcolm’s Version Of The Ontological Argument: Several Questionable Aspects
Gorbatova Y. V. Humanities. HUM. Basic Research Programme, 2014. No. 68.
This article deals with the version of the ontological argument (OA) for existence of God proposed by Malcolm and Hartshorne. The study has three aims: to outline the role of de re modality in the OA, to reinvestigate the de re / de dicto distinction, and to reflect on the possibility of an a priori proof of the existence. The article analyses two logical formulations of the argument, points out some formal features of de re modality relevant to its validity, and proposes another approach to the formalization of de re. We demonstrate that the prevailing way does not represent the essential features of de re and, therefore, cannot be effective with respect to the argument. Further, we substantiate the thesis that most contemporary proofs of existence are vague. We conclude that a more precise distinction between modalities de re and de dicto makes Malcolm’s version of the ontological argument (as well as its improved version proposed by Hartshorne) unsound.
Hypotheses and Perspectives in the History and Philosophy of Science. Homage to Alexandre Koyré 1964–2014
Edited by: R. Pisano, J. Agassi, D. Drozdova. Springer, 2018.

To commemorate the 50th anniversary of his passing (in 2014), this special book features studies on Alexandre Koyré (1892–1964), one of the most influential historians of science of the 20th century, who re-evaluated prevalent thinking on the history and philosophy of science. In particular, it explores Koyré’s intellectual matrix and heritage within interdisciplinary fields of historical, epistemological and scientific thought. Koyré is rightly noted as both a versatile historian on the birth and development of modern science and for his interest in philosophical questions on the nature of scientific knowledge. In the 1940s and 1950s, his activities in the United States established a crucial bridge between the European historical tradition of science studies and the American academic environments, and an entire generation of historians of science grew up under his direct influence. The book brings together contributions from leading experts in the field and offers much-needed insights into the subject from historical, nature of science, and philosophical perspectives. It provides an absorbing and revealing read for historians, philosophers and scientists alike.

The article deals with one of the most graceful and non-standard version of the modal ontological argument for existence of God proposed by analytic philosopher Stephen Makin in 1988. In his version he has succeeded to avoid the famous criticism of Kant the impossibility of using of the predicate ‘to exist’ as a “real”. Makin does not attempt to prove the necessary existing object; otherwise, he uses a concept of necessarily exemplified concept. He argues there is at least one (possibly unique) such concept - scilicet Anselm’s famous "that than which non greater can be conceived".

This study consists of three main parts: firstly, it is discussed Makin’s idea and version of the argument; secondly, it is analyzed the criticism which has been received from 1988 to 1991; thirdly, I present my own objections to Makin’s version, and to the criticism on it.

I will say something presently about three important points, namely: 1) there are no reasonable arguments in favor of the idea that class of necessarily exemplified concept is not empty; 2) there seems to be no plausibility to holding that the interchangeability of alethic modalities is sound here; 3) there are some additional difficulties that have been not previously mentioned in the analysis of evidence. In particular, the proof does not take into account the multilevel structure of the ontology,  which hierarchy of levels, as a rule, determines what kind of entity exists in the ontology in the true sense of the word. In addition, Makin’s approach is well described in terms of Tichy’s "offices", which makes it impossible to worship God as omniscient, omnipotent, and omnibenevolent.

The paper deals with the Ontological Argument and focuses on the enigmatic Anselmian concept «majus» (within the expression «id quo majus cogitari neguit»). Four different explications of this concept are considered. The conclusion is that the most productive and non-trivial explication is based on two-dimensional approach to the possible worlds semantics. А formal reconstruction of Anselm's proof in terms of AML (modal logic with an actuality operator) is given.