by year
Subject
News
‘Today, Ethical Questions Are Front and Centre’
The conference on Philosophy and Culture in Time of Pandemics ran from September 30 to 2 October 2021. It was divided into seven sessions held in a hybrid format. The organizers and participants discussed major topics such as social transformation during the pandemic, the role of mass media in shaping perceptions of the pandemic, and the epistemological and ethical issues that have arisen as a result.
Experts Discuss Changing Corporate Social Responsibility in Light of the Pandemic
The pandemic has forced many companies to rethink their approach to charity and to change their priorities in terms of corporate social responsibility. Meeting the needs of the elderly, women, and people with disabilities is a top priority, and the social agenda is becoming a key part of HSE University’s educational programmes. These topics were discussed at the business dialogue on Corporate Social Responsibility Beyond COVID-19 hosted by the HSE Graduate School of Business.
HSE University Shapes Global Chain of Foresight
The COVID-19 pandemic has demonstrated our swift adaptation to big challenges and strengthened cooperation ties between researchers, politicians, and entrepreneurs on national and global levels. The accumulated life and goal setting practices in the new reality will be discussed on October 15–26, 2021 by participants of the XI International Academic Conference ‘Foresight and Science, Technology and Innovation Policy’ organised by the Institute for Statistical Studies and Economics of Knowledge (ISSEK).
Publications
Author:
Campus:
Any
Moscow
Saint Petersburg
Nizhny Novgorod
Perm
Sub-department:
Keywords:
Subject:
Priority areas:
▼
Language:
▼
russian  english
Year:
2022
1958
Add a filter
Of all publications in the section: 11
Sort:
by name
by year 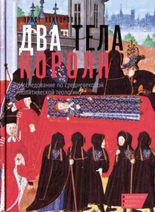 In 1957 Ernst Kantorowicz published a book that would be the guide for generations of scholars through the arcane mysteries of medieval political theology. In The King's Two Bodies, Kantorowicz traces the historical problem posed by the "King's two bodies"--the body politic and the body natural--back to the Middle Ages and demonstrates, by placing the concept in its proper setting of medieval thought and political theory, how the early-modern Western monarchies gradually began to develop a "political theology."

The king's natural body has physical attributes, suffers, and dies, naturally, as do all humans; but the king's other body, the spiritual body, transcends the earthly and serves as a symbol of his office as majesty with the divine right to rule. The notion of the two bodies allowed for the continuity of monarchy even when the monarch died, as summed up in the formulation "The king is dead. Long live the king."

Bringing together liturgical works, images, and polemical material, The King's Two Bodies explores the long Christian past behind this "political theology." It provides a subtle history of how commonwealths developed symbolic means for establishing their sovereignty and, with such means, began to establish early forms of the nation-state. 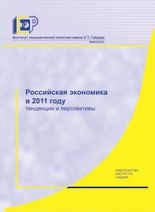 The review provides a detailed analysis of main trends in Russia's economy in 2011. The paper contains 6 big sections that highlight single aspects of Russia's economic development: the socio-political context; the monetary and credit spheres; financial sphere; the real sector; social sphere; institutional challenges. The paper employs a huge mass of statistical data that forms the basis of original computation and numerous charts.