by year
Subject
News
HSE University Cohosts Virtual THE Young Universities Summit
Several representatives of HSE University took part in the seventh Times Higher Education Young Universities Summit, organized jointly with HSE University on June 22-23 and held entirely online. The Summit focused on the global outlook for higher education and opportunities for new growth for young universities.
Bachelors Benefit from Shorter Study Duration
Four-year, instead of five-year, degree programmes shave off a year of study, thus saving considerable time and money, and allowing graduates to find employment and build work experience earlier, which eventually translates into a higher salary. This raises the question of whether a fifth year of undergraduate studies brings any returns at all.
Researchers Outline Specific Patterns in Reading in Russian
Psycholinguists from the HSE Center for Language and Brain, in collaboration with researchers from the City University of New York and the University of Stuttgart, investigated how reading in Russian varies among different groups of readers. The authors used a novel method in bilingualism research — comparison of the eye-movement sequences (scanpaths) in adult native speakers of Russian, Russian-speaking children, and adult bilinguals with different levels of Russian proficiency. The results of the study were published in Reading Research Quarterly.
Publications
Author:
Campus:
Any
Moscow
Saint Petersburg
Nizhny Novgorod
Perm
Sub-department:
Keywords:
Subject:
Priority areas:
▼
Language:
▼
russian  english
Year:
2022
1958
Add a filter
Of all publications in the section: 4
Sort:
by name
by year 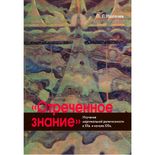 The book is the first in Russian scientific literature analytical study of history of scientific researches of western esotericism. The author makes a hypothesis of existence of four scientific approaches to this phenomenon, describes genesis and characteristic features of each of them and in detail analyzes works of their representatives. The history of Eranos circle is described, the short sketch of ideas of C.G. Jung, M. Eliade, G. Sholem is given, key works of F. Yeats, U. Eco, J. Webb, A. Faivre, W. Hanegraaff, K. von Stuckrad, A. Versluis, J. Kripal, I. P. Culianu is analyzed. The considerable place is allocated for the description of cultural and historical realities in the conditions of which research of western esotericism is developed.

The book first of all is addressed to scholars of religion and historians, but also can be recommended to all who interested in intellectual history and history of religious studies, as well as to a wide range of the readers wishing to understand what "esotericism" and "occultism" means. 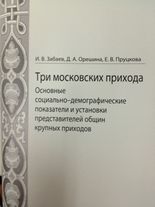 The monograph off ers a detailed philological and historical analysis of two of the works attributed to Flavius Philostratus: the “Life of Apollonius of Tyana” and the “Heroicus”. Flavius Philostratus (160–240 AD) in one of the most prominent writers of the Severan epoch, a member of Julia Domna’s circle. As the whole epoch is generally characterized by the increasing of oriental infl uences on Roman religious life, Philostratus’ works demonstrate certain penetration of traditional oriental genres into Greek literature. For the most part the extensive bibliography dedicated to Philostratus’ works researches only their possible literary sources. Present study, however, focuses on Flavius Philostratus’ writings as a manifestation of the most infl uential religious trends of their time. This approach should allow one not only to better understand Philostratus’ heritage, but also to answer a number of important questions related to the history of Greek literature of the Second Sophiscic epoch. Therefore, the choice of Philostratus’ works that are put in the focus of this research – VA and Heroicus – is conditioned by the fact that they are more related to the topic of religion than the others. The general religious and ideological foundations of the two works seem to contradict each other, and that raises a question whether the two pieces were written by the same author. Giving an answer to this question is crucial for achieving the main goal of this study: extending our knowledge of the religious life of the Roman society in the end of the 2nd – fi rst half of the 3rd century AD. In order to fulfi ll this task one would also have to resolve a number of other issues, such as determination of closest genre parallels for VA and Heroicus; exploration of the possibility of VA and Heroicus having some stylistic and plot connections to the early Christian literature; revelation of the Heroicus’ potential as a source for the cult of Achilles in the North Black Sea region studies and some others. The monograph includes four chapters (“Severan epoch. Second Sophistic. Philostratus”; “Vita Apollonii in the religious environment of the 3 century AD”; “Heroicus and the hero cult”; “Flavius Philostratus and the early Christian literature”) and three appendices (“Cult of Achilles in the Northern Black Sea region: religious context of Philostratus’ story of Achilles”; “Pythagorica-Hermetica”; “Philostratus’ Διάλεξις on nature and law”).