by year
Subject
News
This Is Robot Speaking: A Social Scientist’s Perspective on Human-Robot Interaction
Whether we like it or not, talking with a robot on the phone is now part of our everyday lives. What is the right way to respond to a mechanical voice, who should we blame when communication fails, and could AI make an ideal conversationalist? HSE sociologist Alisa Maksimova answers these questions and more, based on findings from her study of interactions between humans and robots presented in the book Adventures in Technology: Barriers to Digitalisation in Russia.
HSE University and Consortium Partners Aim to Take Human Capital Studies to New Level
On January 14, at the 2021 Gaidar Forum, which was held at the Russian Presidential Academy of National Economy and Public Administration (RANEPA), HSE University Rector Yaroslav Kuzminov and leaders of three other institutions signed an agreement to establish the Human Capital Multidisciplinary Research Center (HCMRC). The other co-signers were RANEPA Rector Vladimir Mau, MGIMO University Rector Anatoly Torkunov, and Dmitry Funk, Director of the N.N. Miklukho-Maclay Institute of Ethnology and Anthropology of the Russian Academy of Sciences. The Center will focus on that key areas of human capital studies that are of current global importance.
Doctoral Education Discussed in Higher Education and Beyond Journal
The latest issue of Higher Education and Beyond, a quarterly informational journal published by HSE University, looks at how doctoral education has changed over the past few years in different countries, what reforms have been implemented and what effects they have had, what the historical roots of the current state of doctoral education are and how doctoral studies have evolved. The articles cover wide range of doctoral education stakeholders—from those who plan to enter doctoral programs to those who got their degree many years ago
Publications
Author:
Campus:
Any
Moscow
Saint Petersburg
Nizhny Novgorod
Perm
Sub-department:
Keywords:
Subject:
Priority areas:
▼
Language:
▼
russian  english
Year:
2021
1958
Add a filter
Of all publications in the section: 7
Sort:
by name
by year 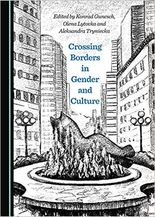 While gender issues are almost always multidimensional and complex, this book discusses them from a cultural angle and with a focus on crossing borders, to represent their concepts meaningfully and to illuminate their realities as sharply as possible. Its five parts detail specific aspects and issues within that focus, namely communication, literary representation, equality and violence, work and politics, and cross-cultural connections. This combination of a wide topical range with specific discussions of gender issues makes the volumes insights worthwhile for a wide range of readers, from individuals and groups engaging with current gender challenges, to institutional and political decision-makers entrusted with improving gender relations on national or international levels, up to social, economic or educational institutions empowered to implement such solutions in everyday reality. Its unity in diversity contributes to gender and cultural studies by offering considerations and conclusions that are specific and generalizable, theoretically robust and empirically tested, professionally rational and poetically ravishing. 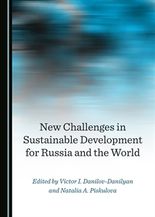 This collection of articles highlights the most interesting new results from the IX Moscow International Operations Research Conference, the largest Russian meeting in this field, held every three years for leading experts. These papers will interest researchers and organizations specialized in OR, Game Theory, System Analysis, Macro- and Micro-economic Modelling, and Actuarial Mathematics. The volume may be a source for PhD and Master students in the specified areas. The proposed methods for optimal decision making will be useful for insurance and auditing companies, banks, and others. The volume consists of three parts; the first includes game-theoretic models, the second part considers innovations and their possible opposite impact to the growth of GDP and social welfare, as well as new methods for improving reliability of banks’ credit risks, monopolistic competition under heterogeneous labor, interregional trade and different ways of developing the Russian banking system. The last part contains articles on a wide range of optimization problems and their applications. 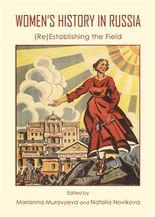 This book examines Japanese culture of the Muromachi epoch (14-16 centuries) with Ikkyu Sojun (1394-1481) as its focal point. Ikkyu's contribution to the culture of his time was all-embracing and unique. He can be called the embodiment of his era, given that all the features typical for the Japanese culture of the High Middle Ages were concentrated in his personality. This multidisciplinary study of Ikkyu's artistic, religious, and philosophical heritage reconstructs his creative mentality and his way of life. The aesthetics and art of Ikkyu are shown against a broad historical background. Much emphasis is given to Ikkyu's interpretation of Zen. The book discusses in great detail Ikkyu's religious and ethical principles, as well as his attitude towards sex, and shows that his rebellious and iconoclastic ways were deeply embedded in the tradition. The book pulls together materials from cultural and religious history with literary and visual artistic texts, and offers a multifaceted view on Ikkyu, as well as on the cultural life of the Muromachi period. This approach ensures that the book will be interesting for art historians, historians of literature and religion, and specialists in cultural and visual studies.