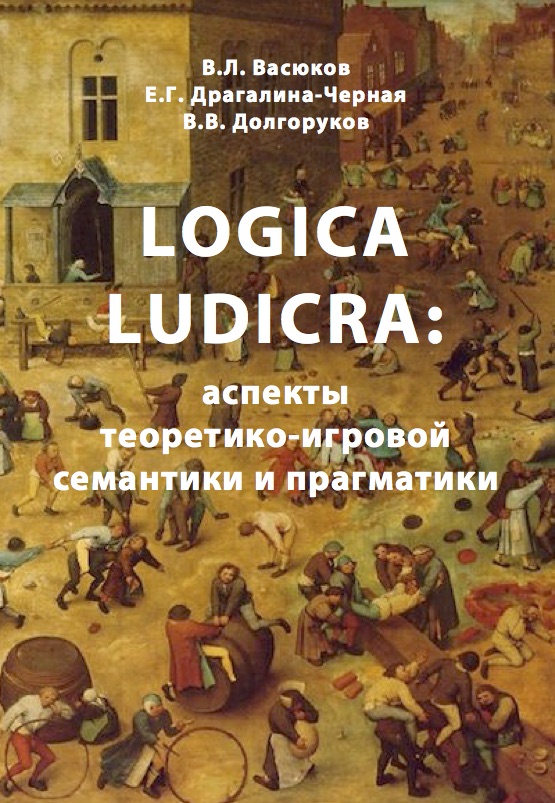 This article provides an analysis of philosophical background of two-dimensionalism in general and some its particular variants. The paper demonstrates that two-dimensionalism should be treated not as artificial addition to conventional possible worlds semantics but as its natural generalization. It is also shown how ontological and epistemological problems (the correlation between primary and secondary intensions, apriority and necessity, the nature of «mixed» truths etc.) could be converted into pragmatic ones.

The chapter explores the semantics and pragmatics of the Russian temporal syntactic phraseme ‘X to X,’ (a construction characterized by a semantically restricted set of lexical items able to fill in its syntactic variables) which expresses either the speaker’s surprise at the fact that events go as planned (surprising punctuality interpretation) or the speaker’s surprise at the fact that unplanned events go as if they had been pre-planned (surprising fateful coincidence interpretation). While the construction is not unique, and occurs in other languages, its preferred interpretations are language-specific. The chapter demonstrates differences between Russian and English outlooks on time, based on their fundamental differences in linguistic worldviews. According to one of the central key ideas of the Russian linguistic worldview, events are difficult for human subjects to control, as they are commonly controlled by outside forces, such as fate, and therefore surprising punctuality interpretation prevails in Russian. English, which does not view punctuality as something out of the ordinary, favours the surprising fateful coincidence interpretation of this syntactic phraseme. The idea of fate in relation to temporality is also found in other languages, as demonstrated by Bernard Charlier’s research on Mongolian temporality in his chapter in the current volume.

These proceedings include papers on subjects from a wide number of areas including theoretical  linguistics, translation, computational linguistics, natural language processing, and applied linguistics,  focusing on a variety of languages, ranging from familiar Indo-European languages to Mandarin Chinese,  Wolof, and Dene Sųɬiné. In order to make the papers available to the wider research community, these  proceedings are being published electronically and distributed freely at http://www.meaningtext.net