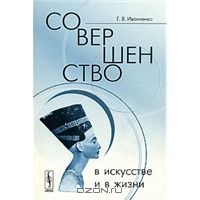 The most effective conditions for language learning in general and grammar in particular, come about when students engage in activities on a personal level.

Знакомьтесь — Вернер Херцог
Кронин П. М.: Rosebud Publishing, Постмодерн текнолоджи, 2008.
Picture without Frame: How Do We Recognize Aesthetic Objects?
Kobyshcha V. Working Papers of Humanities. WP. Издательский дом НИУ ВШЭ, 2014. No. 79.
The paper aims to explore how aesthetic objects are constituted in the process of perception. Most of the studies of arts in social sciences take an artwork for granted and assume that it is seen because it is meant to be seen. Using examples of recent works in the sociology of art, I demonstrate that this question is usually ignored by the researchers, even though their empirical data reveals its importance. To overcome this disadvantage I suggest a theoretical analysis which includes Simmel’s aesthetic theory, phenomenological concepts of attention and contemporary approaches to perception in the sociology of art. As a result, I formulate a set of guiding conceptual principles and apply them to the study of the architectural festival “Arkhstoyanie”. The empirical cases provided in this paper show how and why certain artworks become an object of contemplation, disappear, or achieve a multiple presence.
Constructing Identities And Boundaries: Fashion And Clothing Of Working And Middle Class Youth In Contemporary Russia
Margarita Kuleva. Humanities. HUM. Basic Research Programme, 2015. No. 85.
Clothing and fashion play significant role in the process of ageing, and help put bodily experiences in the context of culture. It is especially important for young people as social subjects, who are starting to become independent but do not have sufficient experience and social competences to do this.    This paper explores how youth of middle and working class in Russia use clothing to denote their social identity and construct boundaries.The paper is based on materials of 81 IDI with young people from St. Petersburg.
Poisson groups and differential Galois theory of Schrodinger equation on the circle
Semenov-Tian-Shansky M., Marshall I. Communications in Mathematical Physics. 2008. No. 284. P. 537-552.
Л.Н. Толстой: Просветитель, преодолевший Просвещение
Климова С. М. Философские науки. 2019. Т. 62. № 2. С. 109-126.