by year
Subject
News
Make the Most of the Sun
Professor Alexey Tameev of HSE MIEM, along with a team of colleagues, has proposed a calculation method to determine the optimal photoactive layer thickness which can maximize the power conversion efficiency of solar cells. Applicable for both polymer andperovskite solar cells, the method can become a milestone on the path from laboratory samples to solar cells made from new generation materials. The results of the research are covered in ‘A common optical approach to thickness optimization in polymer and perovskite solar cells’, an article published in Scientific Reports.
Graphene Drum: Researchers Develop New Phonon Laser Design
Professor Konstantin Arutyunov of the HSE Tikhonov Moscow Institute of Electronics and Mathematics (MIEM HSE), together with Chinese researchers, has developed a graphene-based mechanical resonator, in which coherent emission of sound energy quanta, or phonons, has been induced. Such devices, called phonon lasers, have wide potential for application in information processing, as well as classical and quantum sensing of materials. The study is published in the journal Optics express.
HSE University Researchers Co-Author 2021 UNESCO Science Report
On Friday, June 11, UNESCO held a ceremony to launch its new UNESCO Science Report, which arrives at a crucial moment as countries reach the halfway mark of meeting the UN’s Sustainable Development Goals by 2030. The Report shows that, over the past five years, countries of all income levels have begun efforts to transition to economies that are both digital and green. At the ceremony, six of the Report’s authors provided overviews of trends in their regions. Representing the East European region was Professor Leonid Gokhberg, First Vice Rector of the HSE University and Director of the HSE Institute for Statistical Studies and Economics of Knowledge (ISSEK).
Publications
Author:
Campus:
Any
Moscow
Saint Petersburg
Nizhny Novgorod
Perm
Sub-department:
Keywords:
Subject:
Priority areas:
▼
Language:
▼
russian  english
Year:
2022
1958
Add a filter
Of all publications in the section: 7
Sort:
by name
by year

Main concepts and models of the modern theory of self-organization of complex systems, called also synergetics, are generalized and formulated in the book as principles of a synergetic world view. They are under discussion in the context of philosophical studies of holism, teleology, evolutionism as well as of gestalt-psychology; they are compared with some images from the history of human culture. The original and unfamiliar (to the Western readers) research results of the Moscow synergetic school which has its center at the Keldysh Institute of Applied Mathematics of the Russian Academy of Sciences are expounded in the book. Complicated and paradoxical concepts of synergetics (structure-attractors, bifurcations, blow-up regimes, non-stationary dissipative structures of self-organization, fractals, non-linearity) are translated into an intelligible language and vividly illustrated by materials and examples from various fields of knowledge, starting with the laser thermonuclear fusion and concluding with mysterious phenomena of human psychology and creativity. The style of writing is close to that of popular-science literature. That's why the book might be of interest and is quite comprehensible for students and specialists in the humanities. It is shown that the development of synergetics entails deep changes in the conceptual net through which we comprehend the world. It means a radical shift of paradigm, a conceptual transition from being to becoming, from stability to sustainability, from images of order to chaos generating new ordered evolving structures, from self-maintaining systems to fast evolution through a nonlinear positive feedback, from evolution to co-evolution, reciprocal evolution of different complex systems. The new synergetic way of thinking is evolutionary, nonlinear and holistic. This is a modern stage of development within the traditions of cybernetics and system-structural analysis. However, many elements of the latter have undergone important changes since their appearance. 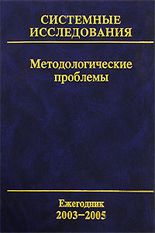 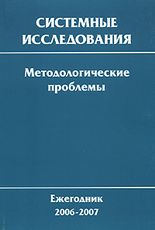 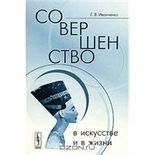