The cognitive history paradigm proposed by the prominent Russian scientist is a new research strategy in modern humanities. The crucial element of this concept is an idea of the “intellectual product” as the material evidence and proof of human purpose-oriented activity in history and a universal instrument of cultural exchange across historical periods and political borders. By the using of this concept social scientists obtain the possibility to establish a new methodology of verified historical studies. 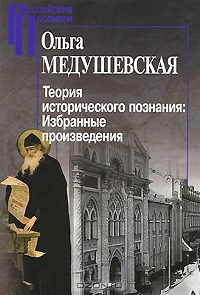 Modernization of Russia should be based on well-founded strategies, which demand the definition of Russia's place in the world. Meanwhile, solution to this problem requires developing of the methodology of history. This article looks at the ontological aspect of historical methodology. Analysis of five conceptions of being (ontological doctrines) suggests that the most constructive methodology of history in frame of its lower level is an evolutionary version of neutral monism.

The article focuses on the most famous Russian pre-modern autobiography The Life by protopope Avvakum (1621/22–1682) to discuss his wife Natas’ja Markovna as one of its essential characters. Being the leader of the movement against religious reform in the seventeenth century Russia, Avvakum composed his life story in accordance with hagiographical canon of the martyr to send a propaganda message to his followers. The figure of Natas’ja Markovna in his text also works for this aim. In accordance with women’s hagiographic canon she is portrayed as wife and mother completely subjected to her husband’s will and doomed to share all hardships of his life. Though Avvakum’s autobiography was widely read, this religious/social context was often understood as insignificant for understanding its meanings. The same is true for the figure of the protopopica, which was used by Russian scholars and writers of the twentieth century to establish a canon of the model wife.

The features of two information systems devoted to the publications of archival documents on the history of Russian serving elite of XVII–XVIII centuries are studied for foresighting the typical problems in similar projects. The main tasks of net- 95 work publications of historical sources are the most correct transfer of the structure and text of the document, the development of electronic finding aids, and setting up computer systems navigation. The preparation of electronic edition of archival documents should have several basic phases, such as reasonable choice of the technology for electronic publication and published documents, the search for the best way of transliteration of the text, the researcher’s work with the originals of historical documents for correction of electronic text, and a description of documents. Application and experience of using the projects are listed and evaluated.

The volume incklude the results of studying different sources of written, artistic and material heritage of 6-20th cc.

Analyzed the methods of the formation of the source basis in historical research.