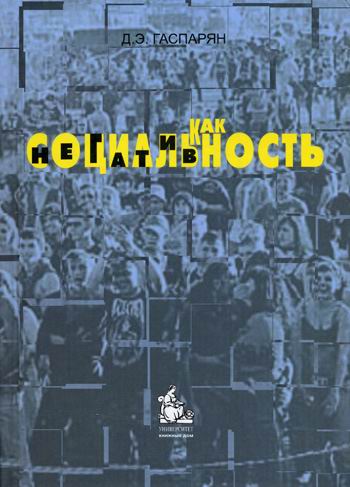 Similar publications
Прямухинские чтения 2010 года. Анархизм и мировая культура С. Прямухино, 26–27 июня 2010 г.
Edited by: С. Корнилов, П. Рябов, И. Сидоров и др. М.: Футурис, 2012.
Religion, Sexual Minorities and the Rule of Law in Russia: Mutual Challenges
Antonov M. Political Science. PS. Высшая школа экономики, 2017. No. WP BRP 45/PS/2017 .
This paper analyses the cultural constraints that are factually imposed on the actors of the Russian legal system by the prevailing social philosophy which is characterized by a significant degree of religious conservatism. This conservatism is predictably opposed to sexual minorities and to those who want to defend or justify them. Examining the 2013 amendments on the protection of traditional values and the case law concerning these amendments, along with the discourses of some judges of the Russian Constitutional Court (RCC) and other actors, the author concludes that religious conceptions have a strong impact on decision-making in Russian courts, and can sometimes overrule the formal provisions of the Russian Constitution and the laws which grant protection and guarantees to the sexual minorities. This situation can be explained with reference to the prevailing social philosophy which promotes conservative values and emphasises collective interests. The reasons for this specific development of Russian intellectual culture in this regard fall outside the scope of the present paper, but it can be asserted that this development, historically oriented at prioritizing morals and religion over the law, still shapes the general conservative attitudes of Russians toward sexual minorities. These attitudes cannot be ignored by judges and other actors of Russian legal system who, to some extent, are subject to the general perception of what is just, acceptable, and reasonable in the society.
Престижное удовольствие. Социально-философские интерпретации "сериального взрыва"
Павлов А. В. М.: Рипол Классик, 2019.
“Не-сущее есть не-сущее”: проблема небытия у Аристотеля
Макарова И. В. В кн.: Онтология негативности. М.: Канон+, 2015. С. 25-37.

This article discusses how according to Aristotle one can understand the principles of non-being and non-existing and accordingly  the possible ways of expressing it.

Few thinkers have addressed the political horrors and ethical complexities of the twentieth century with the insight and passionate intellectual integrity of Hannah Arendt. She was irresistible drawn to the activity of understanding, in an effort to endow historic, political, and cultural events with meaning. Essays in Understanding assembles many of Arendt’s writings from the 1930s, 1940s, and into the 1950s. Included here are illuminating discussions of St. Augustine, existentialism, Kafka, and Kierkegaard: relatively early examinations of Nazism, responsibility and guilt, and the place of religion in the modern world: and her later investigations into the nature of totalitarianism that Arendt set down after The Origins of Totalitarianism was published in 1951. The body of work gathered in this volume gives us a remarkable portrait of Arendt’s developments as a thinker—and confirms why her ideas and judgments remain as provocative and seminal today as they were when she first set them down.