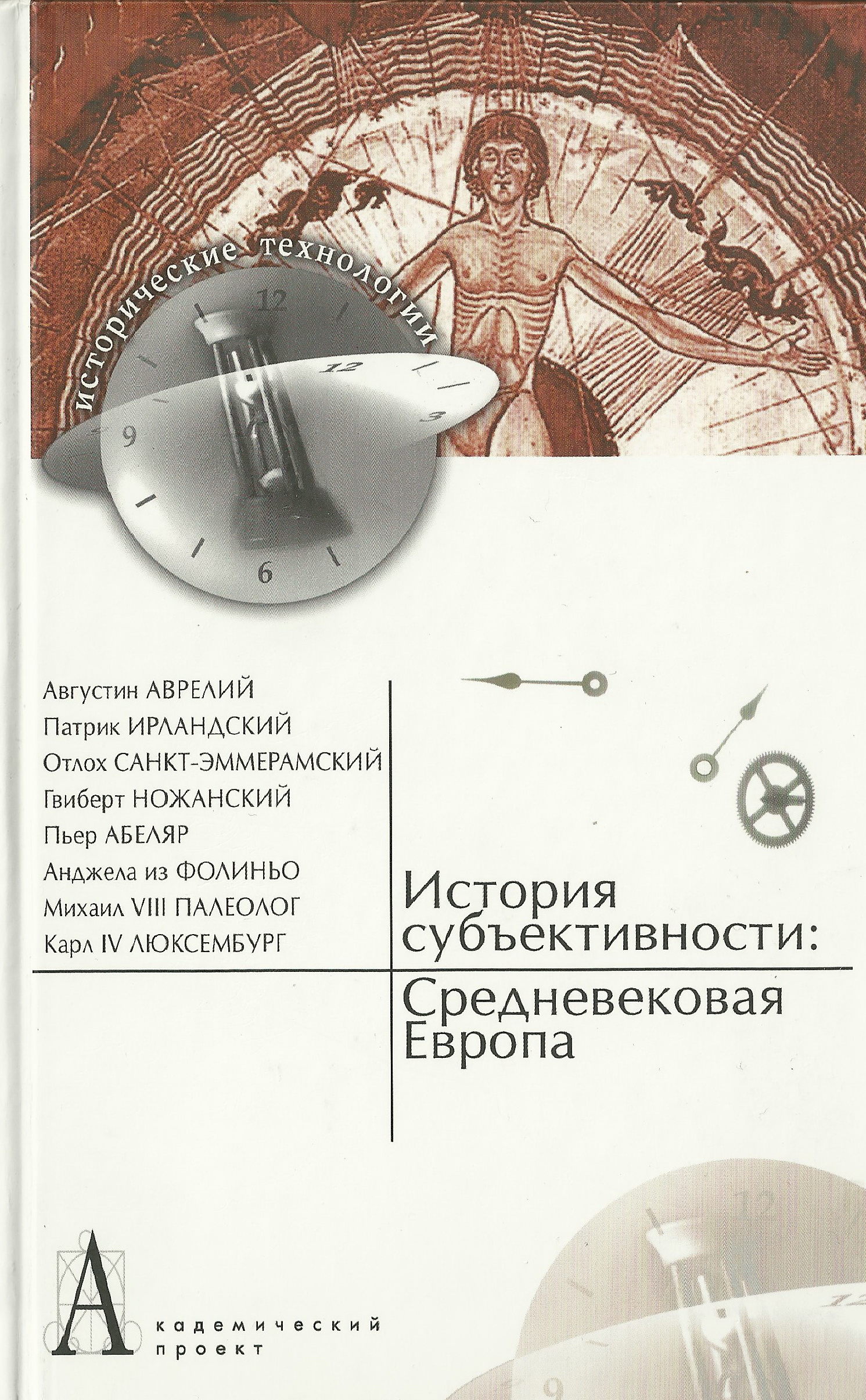 Similar publications
Рефлексивность самонаблюдения и персонология интроспекции: к онтологии и методологии рефлексивной психологии индивидуальности
Семенов И. Н. Вестник Московского университета. Серия 14: Психология. 2015. № 3. С. 22-39.
Зарубежная литература и современная литература страны изучаемого языка (французская литература)
Нежина Л. А. М.: МГПИ, 2010.
Теоретические проблемы этнической и кросс-культурной психологии: Материалы Второй международной научной конференции 26-27 мая 2010 г. Том 1
Edited by: В. В. Гриценко Т. 1. Смоленск: Универсум, 2010.
Исповедь и теодицея в творчестве Достоевского (рецепция Аврелия Августина)
Кантор В. К. Вопросы философии. 2011. № 4. С. 96-103.
Всеобщая история. История Средних веков: учебник для 6 класса общеобразовательных учреждений
Бойцов М. А., Шукуров Р. М. М.: Русское слово, 2012.
A Model of "Achieving Oneself" in Relationship to the Other
Elena B. Starovoytenko. Psychology. PSY. Высшая школа экономики, 2013. No. 15.
“Achieving oneself” is not a subject of a systematic scientific research in Russian personality psychology. The goal of the current study is to justify the significance of such research in current socio-cultural and scientific context. “Achieving oneself” is understood in this paper as an integral reflectively mediated fulfillment of the I’s potential in leading vital relations hips of a person. The field of study is “the new personology”, the method is hermeneutics. This study offers a reflective model of the I’s potential towards the Other and presents an application of this model to the analysis of the process of achieving one self in a loving relationship.
Becoming A Good Mother: Responsibility Between State, Experts And Mothers In Russia
Shpakovskaya L. L. Humanities. HUM. Basic Research Programme, 2015. No. WP BRP 87/HUM/2015.
The working paper represents a study of motherhood as a specific semantic construct in contemporary Russia. The author analyses the ways in which knowledge about motherhood produces specific maternal experience. The general theoretical framework is the foucauldian concept of discursive power based on knowledge. At the same time, motherhood is viewed as a class differentiated practice. The primary focus of the analysis is motherhood as experienced by Russian middle class women. The paper discuss how motherhood is discursively produced in the Russian context. The author is interested in the knowledge and discourses that Russian middle class women employ in order to become aware of their motherhood and describe themselves as mothers. The paper describes critical sociological theories of motherhood connecting this phenomenon to such concepts as power, social order and social inequalities. These critical approaches deconstruct the motherhood discourse and reveal that the mother becomes a point of production of social and political order of the modern societies. The analysis of the Russian discourse on motherhood in the political and cultural context is presented by the author as well. The paper elaborates upon the category of “responsibility” as the primary meaning component of middle class motherhood. In the conclusion the issue of why and when Russian mothers are considered “responsible” is discussed
Вексиллологические традиции средневековой Европы
Бойцов М. А. Signum. 2013. № 7. С. 14-75.

Modern historical vexillology of pre-Modern epoches deals mostly not with real banners but with their descriptions or images. This is why one should apply also for this disciplin (now breacking out from museums) all methods of historical source criticism.  The main task of vexillology consists not just in describing its objects but in studying specific features of cultural interrelations designated by banners. The article traces, how European vexillological traditions have been formed in late Antiquity and throughout Middle Ages.