М.: Издательский дом ГУ-ВШЭ, 2007.
Яковлев А. А.
The study takes four major phenomena that until recently were in many ways symbolizing the Russian economy — “black cash”, barter and non-payment, massive infringements of shareholders’ rights, and “shuttle trade” — and basing his analysis on these phenomena, the author demonstrates why in 1990’s Russian companies acted not quite like the government and the IMF and WB experts expected them to. The book makes use of extensive experiential data to reveal the springs behind the actions of economic agents, which to an outside observer appeared irrational but were logical enough in the prevailing conditions of irrational rules of the game. What has changed in 2000’s? Who is interested nowadays in creating the “right” impetus for companies? How can we accelerate the pace of modernization of enterprises and thus promote the modernization of Russian economy? Answers to these questions are given, taking into account the “YUKOS affair”, as well as other recent events in Russia’s socio-politic life. A great deal of attention is given to the possibilities of applying the experience of other countries to Russian realities, which having reached comparable levels of development of state and market institutions, had nevertheless managed to accomplish significant achievements in their socio-economic development.
The book is addressed to a wide circle of readers interested in issues of economic policy and enterprise management in transition economy.
Research target: History and ArcheologyEconomics and Management
Priority areas: economicssociologylaw
Language: Russian
Full text (PDF, 7.48 Mb)
Sample Chapter (PDF, 520 Kb)
Keywords: экономика 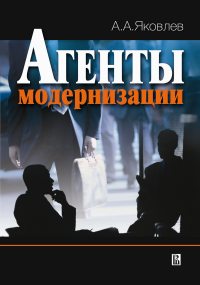 Распознавание биржевых процессов как пуассоновского потока событий двух типов: модели с поощрением и обучением
Egorova L. G. Математические методы анализа решений в экономике, бизнесе и политике. WP7. Высшая школа экономики, 2011. No. 02.
The behavior on a stock exchange can be represented as a reaction to the flow of events of two types entering the financial market – “regular” events and “crises”. Broker’s wealth depends on how successfully she identifies which event – crisis or not – occurs at the moment. It was shown in [1] that successful identification of the ‘regular’ events a little more than in half of the cases allows the player to have a nonnegative average gain. We expand the model in [1] by introducing the possibility of a player to learn on her behavior and to receive the award for the “correct” behavior. It turns out that the ability to analyze actions and learn from them sometimes allows the player successfully identify regular events even less than in half of the cases to obtain a nonnegative expected payoff.
Кондратьевские волны: длинные и среднесрочные циклы
Волгоград: Учитель, 2014.
Наблюдения над палеографией византийских надписей Северного Причерноморья
Виноградов А. Ю. Вестник древней истории. 2012. № 1. С. 182-195.
Формирование и развитие инновационной экономики: материалы международной научно-практической конференции
Edited by: Г. В. Жданкин, Л. Н. Ирхина, А. Чиликов Н. Новгород: Нижегородская государственная сельскохозяйственная академия, 2010.
Социально-экономические преобразования и проблемы
Edited by: З. М. Саралиева, А. А. Иудин Вып. 1. Н. Новгород: Издательство НИСОЦ, 2011.
The impact of state-controlled banks on the Russian banking sector
Vernikov A. V. Eurasian Geography and Economics. 2012. Vol. 53. No. 2. P. 250-266.