The book is dedicated to a philosophical reflection on the concepts and practices of citizenship in the modern world. The paper examines the major problems of the theory of citizenship and the reasons why they cause intense debate in the world of philosophy and the scientific community, as well as basic characteristics of these debates. The architectonics of the book is subjected to the task of unveiling the polemical tensions in the modern discourse on citizenship. The book includes a landmark essay of Thomas Humphrey Marshall, which was the starting point of contemporary debates about citizenship. The key aspects of these debates are revealed to the reader in an extensive introduction written by Vladimir Malakhov, which is very “critical” to two other texts that make up this book.

This book is addressed to philosophers, political scientists, sociologists, and historians. 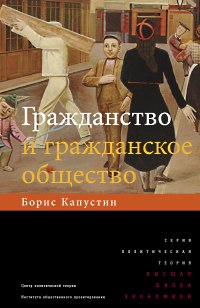