The monograph "Philosophy of Physics: towards New Principles of New Knowledge" is intended both for those who are just discovering the world of philosophy of science in the most fundamental field – physics, and for specialists who are professionally engaged in the topic and are interested in the most relevant research. The author analyzes a number of key problems of modern physics and cosmology, offers original interpretations and solutions, and also discusses the prospects for the development of science in the context of attempts to create a "Theory of Everything". The book focuses on the physical theories of the multiverse, the new principles of scientific knowledge derived from these theories, and the connection between consciousness and concrete physical reality. 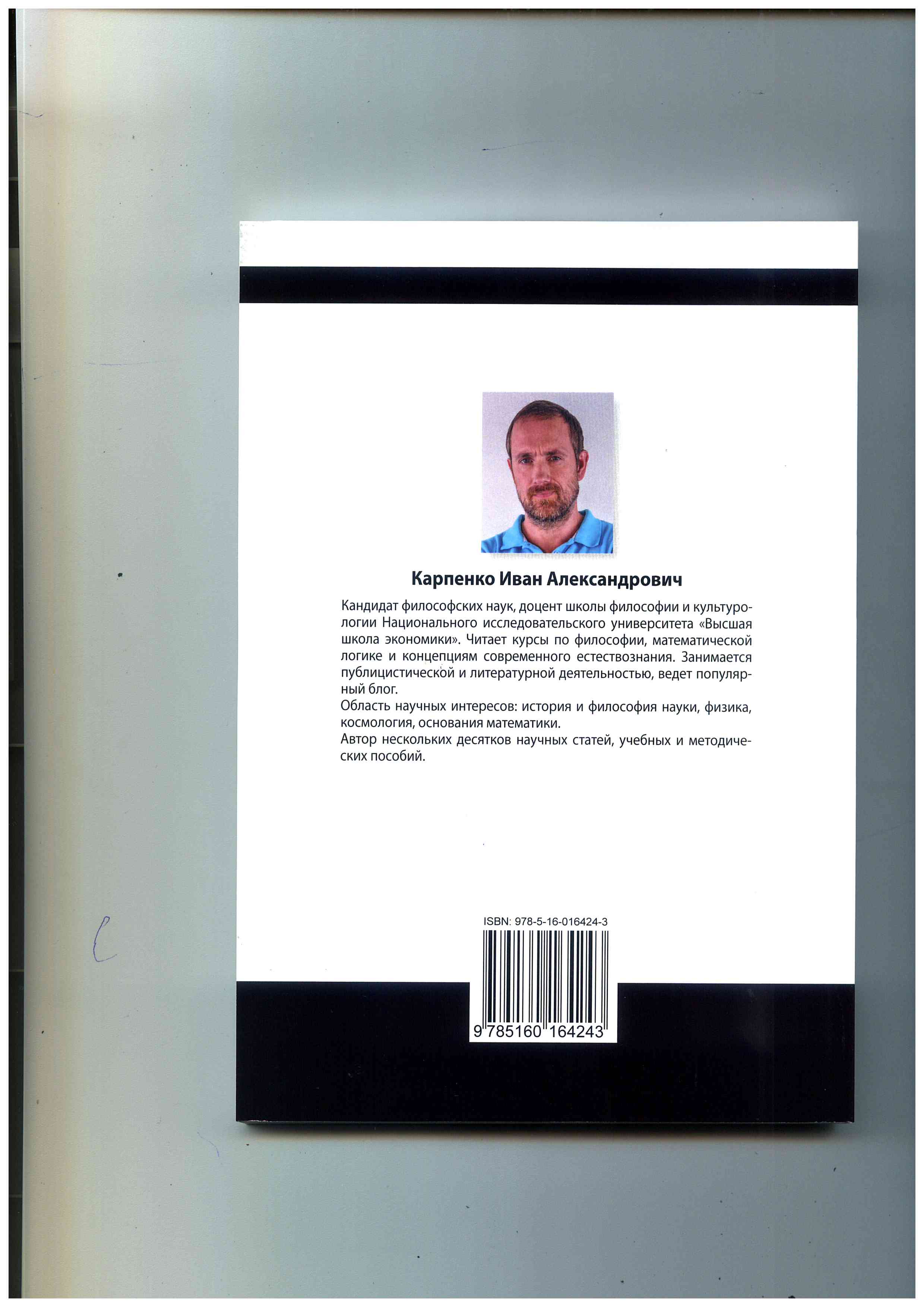 Similar publications
The concept of the space interpretation problem in some of the modern physics multiverse hypotheses
Ivan A. Karpenko. Humanities. HUM. Basic Research Programme, 2015. No. 98.
In order to determine the concept of space interpretation in several multiverse hypotheses, this article analyzes a number of them, which arises from some theories of modern physics. The interpretation of space in the history of philosophy and science and their interrelation with modern physical notions are presented. The research is based on the cognitive interpretation method of the contents of formalistic mathematics and physics theories, the method of comparative analysis (analysis of philosophical texts), the hermeneutical method, and the phenomenological method (analysis of representations). The author shows how the context of modern physics multiverse hypotheses contributes to new connotations in the perception of space. The research draws some conclusions about the present status of the philosophical perception of space.
Математика как «работа» с абстрактными объектами: онтолого-трансцендентальный статус математических абстракций
Катречко С. Л. В кн.: Математика и реальность. Труды Московского семинара по философии математики. М.: Издательство Московского университета, 2014. С. 417-449.
Moscow Philosophy of Mathematics Seminar’s sixth Collection of papers grew out of the 3rd Conference “Philosophy of Mathematics: Actual Problems” which was held in Lomonosov Moscow State University (Faculty of Philosophy) on September 27/28 2013. The 2013 meeting was focused on “Mathematics and Reality”.   This book may be of interest to philosophers and historians of mathematics and physics, as well as to logicians, mathematicians, psychologists, postgraduate and PhD students in all areas of mathematics and natural sciences.   Key words: philosophy of mathematics, philosophy of physics, ontology, realism,  Platonism,  antirealism,  the  applicability  of  mathematics,  mathematization, “unreasonable effectiveness of mathematics”.
Методологические основы разработки концепции и развитие персоналистических идей в работах В. Франкла
Уколова Е. М., Шумский В. Б. Мир психологии. Научно-методический журнал. 2010. № 4. С. 178-189.

I develop the idea that there exists a special dimension of depth, or of scale. The depth dimension is physically real and extends from the bottom micro-level to the ultimate macro-level of the Universe. The depth dimension, or the scales axis, complements the standard three spatial dimensions. I discuss the tentative qualities of the depth dimension and the universal arrangement of matter along this dimension. I suggest that all matter in the Universe, at least in the present cosmological epoch, is in joint downward motion along the depth dimension. The joint downward motion manifests itself in the universal contraction of matter. The opposite direction of motion, upward the dimension, would cause the expansion of matter. The contraction of matter is a primary factor, whereas the shrinking of space in the vicinity of matter is a derivative phenomenon. The observed expansion of the Universe is explained by the fact that celestial bodies become smaller due to matter contraction, while the overall space remains predominantly intact. Thus, relative to the contracting material bodies, the total span of cosmic space appears to be becoming vaster. I attempt to explain how the contraction of matter engenders the effect of universal gravity. I use over thirty animated and graphical color visualizations in the text to make the explanation of the proposed ideas more lucid.

My goal is to conceive how the reality would look like for hypothetical creatures that supposedly perceive on time scales much faster or much slower that of us humans. To attain the goal, I propose modelling in two steps. At step we have to single out a uni“ed parameter that sets time scale of perception. Changing substantially the value of the parameter would mean changing scale. argue that the required parameter is duration of discrete perceptive frames, snapshots, whose sequencing constitutes perceptive process. I show that different standard durations of perceptive frames is the ground for differences in perceptive time scales of various animals. Abnormally changed duration of perceptive frames is the cause of the effect of distorted subjective time observed by humans under some conditions. Now comes step two of the modelling. By inserting some arbitrary duration of a perceptive frame, we set a hypothetical scale and thus emulate viewpoint for virtual observation of the reality in a wider or narrower angle embracing events in time. Like changing lenses of a microscope, viewing reality different temporal scales makes certain features of reality manifested, others veiled. These are, in particular, features of life. If we observe an object in an inappropriate interval, we may not notice the very essence of a process it is undergoing.