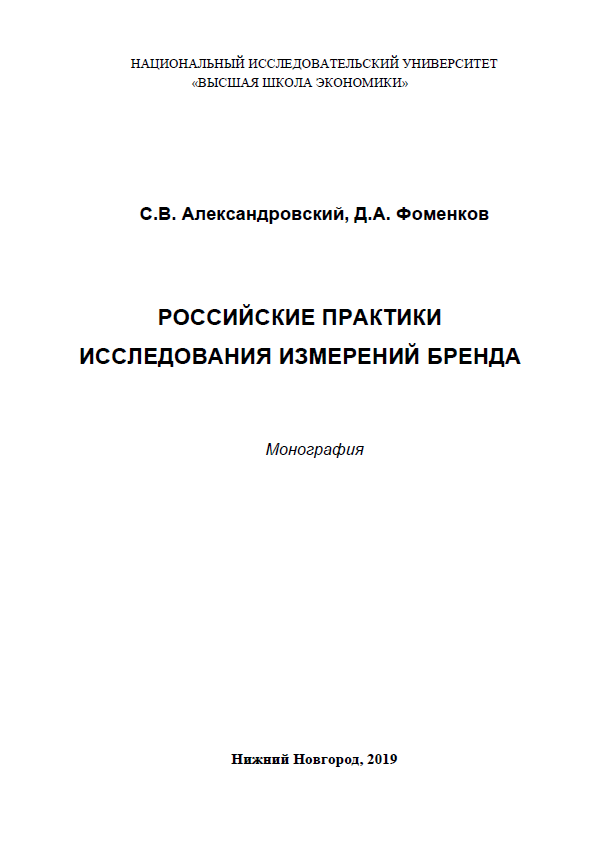 Similar publications
CHANGING TRADITIONAL MECHANISMS OF RUSSIAN LAW: PROTECTION OF MEANS OF INDIVIDUALIZATION ON THE INTERNET
Brazhnik T. Law. LAW. Высшая школа экономики, 2015. No. WP BRP 57/LAW/2015.
The present article is motivated by the growing interest in the problem of trademark usage on the Internet and comparatively low interest in the problem of legal protection of other objects having factual distinctiveness. Despite the fact that differences in regulation of on-line and off-line trademark utilization have been recognized for a long period of time, there is still no harmonization in the field of other means of individualization among numerous Russian laws. Although recent research works are numerous, lawmakers haven’t still decided on how Internet has influenced on exclusive rights granted with the Chapter 76 of the Civil Code of Russian Federation. The issue at hand is affected by the significant growth of the Internet and electronic commerce. Moreover, problem discussed in present paper comes from the fundamental question of limits on the exercise of subjective civil rights. The aim of this paper is to analyze different types of means of individualization under Russian legislation; to show key aspects of usage and protection of the means of individualization on-line; to reveal the doctrinal theories stipulating emergence of new distinctive objects; to describe the current and potential pitfalls of legislative framework; and to demonstrate modern legal trends in the field. In addition, the paper suggests different steps and models of further regulatory development.
Эффективность маркетинга с позиции увеличения клиентского капитала
Фоменков Д. А. Журнал научных публикаций аспирантов и докторантов. 2008. № 5. С. 4-5.
Идентичность потребителя ка фактор предпочтения бренда
Антонова Н. В., Кузнецова О. С. В кн.: Экономическая психология: современные проблемы и перспективы развития. Материалы тринадцатой международной научно-практической конференции, 2013. СПб.: Изд-во ИМЦ «НВШ-СПб», 2013. С. 26-31.
Анализ факторов выбора потребителями городского пассажирского автобусного перевозчика
Шушкин М. А. В кн.: Социально-экономические преобразования и проблемы. Сборник научных трудов (выпуск 8).. Издательство НИСОЦ, 2018. С. 177-185.
17th Eurasia Business and Economics Society (EBES) Conference Proceedings
Т. 3. Венеция: 2015.

EBES is a scholarly association for scholars involved in the practice and study of economics, finance, and business worldwide. EBES was founded in 2008 with the purpose of not only promoting academic research in the field of business and economics, but also encouraging the intellectual development of scholars. Conference were with the support of Istanbul Economic Research Association. We are honored to have received top-tier papers from distinguished scholars from all over the world. In the conference, 323 papers will be presented and 569 colleagues from 56 countries will attend the conference.

Student, National Research University Higher School of Economics (Nizhniy Novgorod), The article shows the reasons necessitating the evaluation of brand value, discusses the major models of such evaluation used abroad, and describes the instrument that expands the complex assessment of the brand value.