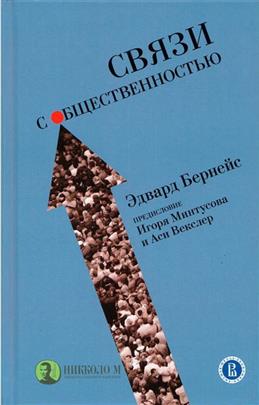 Despite the economic crisis PR market becomes a significant segment of Russian economy, and demonstrates a positive trend of development. The article presents a study of the basic characteristics of Russian PR-agencies market in 2007−2015. The author describes this sphere of services as a growing one. The trends of PR in Russia are traditionally associated with a marketing component. However, recorded growth of strategic specializations, such as external relations and GR, financial communications and investor relations, geobranding are similar to those of developed industries, and it should positively affect both the market of PR and the industry as it is.

In the article the analysis of the current innovative discourse is given. The author researches the paradigms of innovative PR, media (new models, subjects, objects, etc.) and gives new concepts of researches and define a new paradigm of PR and media as collaborative ones. As a result, the author comes to the conclusion that the ontological status of professional communication in the innovation society changes.

The paper explains the concept of research of responsible innovation in CSR paradigm.

The present article is devoted to the problem of effective methods of PR and advertising on the example of the Department «EFEverde» of the Spanish news agency EFE. The author analyzes the ways and principles of work of the journalists of the agency EFEverde, the way they participate in the social life and the methods to attract our attention to the problem of the pollution. The agency doesn’t need any cheap advertising and «black PR» because it applies another more affective methods such us: on-line cooperation with the readers, massive educational programs for journalists, cooperation with the Academy of the Spanish language and others.

Making Politics Attractive: Political Satire and Exposure to Political Information in New Media Environment in Russia
Chmel K., Savin N., Michael X. D. C. Political Science. PS. Высшая школа экономики, 2018. No. WP BRP 63/PS/2018.
There is an extensive body of research devoted to how political satire affects political knowledge and political behavior. Extant studies are focused on political satire in democratic countries and do not pay enough attention to authoritarian regimes. This study extends this research to non- democratic regimes, while also adding to it by exploring the extent to which the use of political satire encourages exposure to political information. We conduct an online experiment on the sample of Russian students. We borrow satirical pictures from Lentach – popular Russian socialmedia public page, whose motto is “a propaganda of common sense” as opposed to biasedpolitical messages proliferated by government-controlled media outlets. Using both frequentist and Bayesian approaches, we found that access to political information containing satirical illustrating content increases attention to the information, relative to political news reports accompanied by standard news illustrations. The findings contribute to the literature on the political entertainment and exposure to political information, as well as to research on media under authoritarianism.
Жизнь без труда или труд во спасение?
Сидорина Т. Ю. СПб.: Алетейя, 2018.
Channels of dialogue between international businesses and national governments : The implications for domestic reforms and international relations in the case of Russia
Yakovlev A. A., Freinkman L., Ershova N. V. Policy Brief. 5/2018. Bank of Finland Institute for Economies in Transition. BOFIT, 2018. No. 5.
We explore the role and organizing capacity of foreign business associations (FBAs) in the Russian context. Considering the potential role of FBAs as effective intermediaries during time of aggravated international relations, the paper examines the problems and mechanisms of foreign firms’ interaction with key national partners in their host countries and describes the conditions that lead to effective dialogue between FBAs and national governments. The main phases and factors of evolution are identified for Russia’s two main channels of foreign firms’ collective actions: The Foreign Investment Advisory Council, which is chaired by Russia’s prime minister, and FBAs. A comparative analysis of the efficiencies of each channel finds that political, rather than economic or institutional, factors play the dominant role in explaining the shifting efficiency of collective action of foreign firms over time.
Современный медиатекст: особенности создания и функционирования
Дзялошинский И. М., Пильгун М. А. М.: Юрайт, 2019.
Activity Theory for the De-Structuralized Modernity
Sorokin P. S., Мироненко И. А. Integrative Psychological and Behavioral Science. 2020. P. 1-17.

Педагоги дошкольного образования: ключевые ценности и основные методы работы
Абанкина И. В., Рылько Е. Д., Филатова Л. М. Т. 130. Вып. 10. Национальный исследовательский университет "Высшая школа экономики", 2018.
Presidential Elections 2018: The Struggle of Putin and Navalny for a Media Agenda
Kazun A. D., Semykina K. Political Science. PS. Высшая школа экономики, 2018. No. WP BRP 62/PS/2018.
The study analyzes the construction of the network links of Vladimir Putin and Alexei Navalny with various issues of Russian public discussion in the national print media. The theoretical framework is issue ownership theory, according to which political actors have a range of issues that are most strongly associated with them. Ownership by the politician of topics that are perceived as important in the society determines his popularity among the population. In this study, we use the Integrum database, which contains extensive print media archives of approximately 500 Russian magazines and more than 250 national newspapers. We analyze the period from 12.12.2016 to 12.12.2017, i.е., one year after Alexey Navalny's announcement of his intention to participate in the presidential election in 2018. The analysis shows that Putin has more opportunities to form an agenda, as he attracts much more attention from national media than Navalny does. Putin is often mentioned in connection with economic issues and international relations, which attract the attention of the population and are perceived as important, while his activity in these spheres is perceived as successful. Navalny is associated with the issues of corruption, NGOs and civic activism. Corruption is an important topic for Russians, but the low attention of the media to Navalny does not allow him to gain the maximum benefit from owning this story.
Audiovisual Regulation in Russia in the Context of the Council of Europe Standards
Sherstoboeva E. Review of Central and East European Law. 2019. Vol. 44. No. 3. P. 366-405.

Not an epidemic, but a global problem: the authorities’ construction of HIV/AIDS in Russia
Yasaveev I. Medicine (United States). 2020. Vol. 99. No. 21.