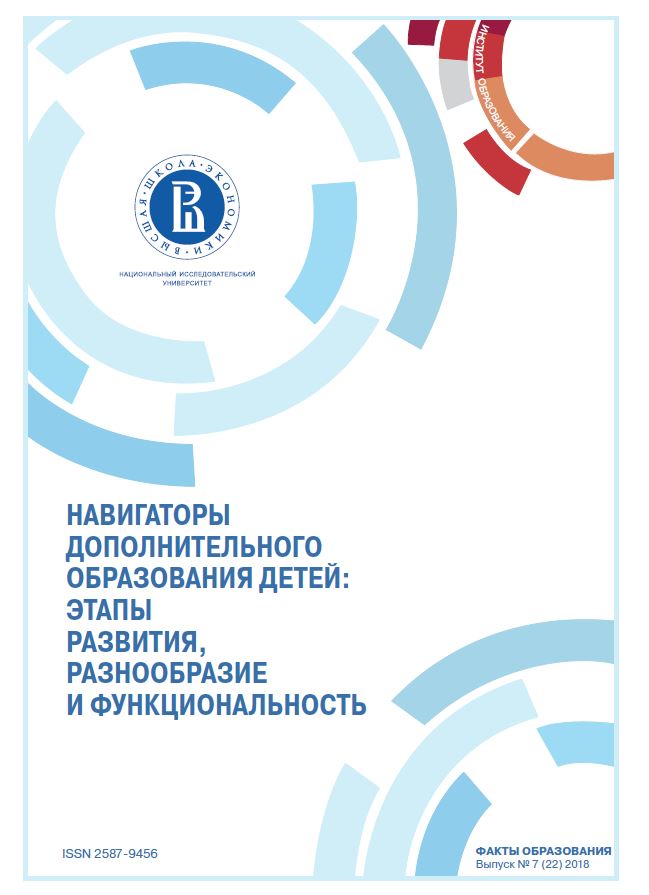 The voluntary nature of additional programs and its diversity determine a wide selection. Any choice requires information to better match of demand and supply - the needs and interests - of potential consumers of educational services with the existing opportunities offered by the system of additional education of children.

One of the selection information mechanism of additional education programs for children is electronic navigation systems. The idea of its creation was supported at the governmental level.