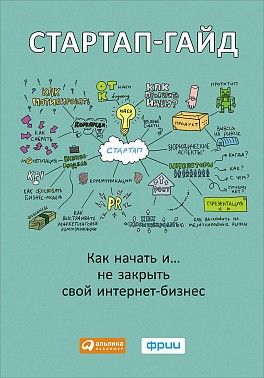 Growth model based on innovations is a key factor of global competitiveness in the modern world on the post-industrial stage of development. State effortsareinneedtosupportcreationofthe efficient institutes of the knowledge-basedeconomy butthe state financing of innovation companies should not demotivate private business to take an active part in the innovation development and to catalyze the business (taking a part of its risks) instead of replacing venture capital with the budget subsidies.

The case addresses the problems of managing strategic change in a small business company Kislorod Plus (Niznhny Novgorod, Russia) – a local trader of welding equipment. The story starts with firing the company’s executive, who took a number of dramatic mistakes, and thus failed implementing corporate strategy, ruined the economy of the firm, and created a significant threat of bankruptcy. Notwithstanding all the problems of the heavy crisis, the company and the situation still have a number of opportunities that are to be recognized and pursued in order to save the business and lead the company to prosperity.

Historical Shocks and Persistence of Economic Activity: Evidence From a Unique Natural Experiment
Zazdravnykh E., Fritsch M., Sorgner A. et al. Economics. EC. Высшая школа экономики, 2016
This paper investigates the persistence of entrepreneurship in the region of Kaliningrad between 1925 and 2010. During this time period the area experienced a number of extremely disruptive shocks including; devastation caused by World War II, a nearly complete replacement of the native German population by Soviets, and 45 years under an anti-entrepreneurial socialist economic regime followed by a shock-type transition to a market economy. Nevertheless, we find a surprisingly high level of persistence of industry-specific self-employment rates in the districts of the Kaliningrad region. Our analysis suggests that persistence of entrepreneurship is higher in regions with a history of successful entrepreneurship. That is, in regions where a specific industry was particularly efficient and entrepreneurial activity was especially pronounced.
Возможности и перспективы развития предпринимательства в России (перечитывая современных классиков теории предпринимательства)
Чепуренко А. Ю. В кн.: Современные классики теории предпринимательства. М.: Издательский дом НИУ ВШЭ, 2013. Гл. 17. С. 497-526.

Market Size, Entrepreneurship, and Income Inequality
Pokrovsky D. A., Zhelobodko E. V., Behrens K. Centre for Economic Policy Research Discussion Paper Series. ISSN 0265-8003. Centre for Economic Policy Research, 2014. No. DP9831.
We develop a monopolistic competition model with two sectors and heterogeneous agents who self-select into entrepreneurship, depending on entrepreneurial ability. The effect of market size on the equilibrium share of entrepreneurs crucially hinges on properties of the lower-tier utility function for differentiated varieties – its elasticity of substitution and its Arrow-Pratt index of relative risk aversion. We show that the share of entrepreneurs, and the cutoff for self-selection into entrepreneurship, can increase or decrease with market size. The properties of the underlying ability distribution largely determine how income inequality changes with market size.
Возможности развития предпринимательской культуры будущего менеджера
Шубнякова Н. Г., Савинова С. Ю. Современная конкуренция. 2013. № 6 (42). С. 109-118.

Historical Shocks and Persistence of Economic Activity: Evidence from a Unique Natural Experiment
Fritsch M., Sorgner A., Wyrwich M. et al. Papers in Evolutionary Economic Geography (PEEG). NL-3508. Utrecht University, 2016. No. 1607.
This paper investigates the persistence of entrepreneurship in the region of Kaliningrad between 1925 and 2010. During this time period the area experienced a number of extremely disruptive shocks including; devastation caused by World War II, a nearly complete replacement of the native German population by Soviets, and 45 years under an antientrepreneurial socialist economic regime followed by a shock-type transition to a market economy. Nevertheless, we find a surprisingly high level of persistence of industry-specific self-employment rates in the districts of the Kaliningrad region. Our analysis suggests that persistence of entrepreneurship is higher in regions with a history of successful entrepreneurship. That is, in regions where a specific industry was particularly efficient and entrepreneurial activity was especially pronounced.
Entrepreneurship
Плотников М. В. Н. Новгород: Издательство Волго-Вятской академии государственной службы, 2011.