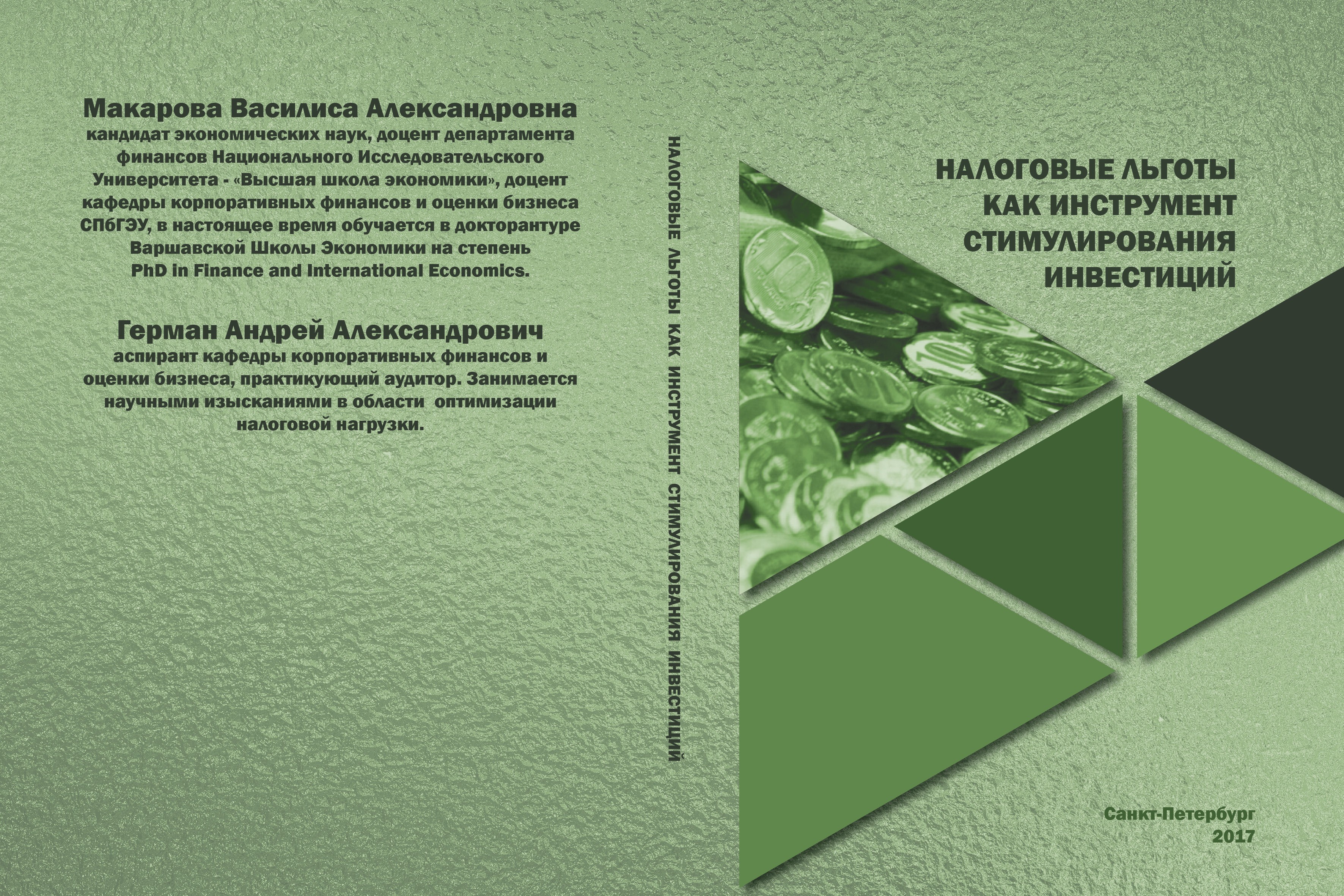 Some Thoughts on the Genesis of the Efficiency Concept and Causes of its Contemporary Status in Legal Discourse
Tretyakov S. V. Russian Law Journal. 2013. No. 1. P. 26-38.

of the social impact of law is modeled predominantly by the economic efficiency concept.

Considering the early stages of the concept’s development, we try to make it more

intelligible to the European lawyers.

Electron bunching processes in a carcinotrode (backward_wave oscillator with self_modulation of electron emission) operating in the high_efficiency regime determined previously are investigated. The possibility of obtaining an efficiency of about 80% is explained from the physical viewpoint.

There is by now a large literature arguing that auctions with a variety of after-market interactions may not yield an efficient allocation of the objects for sale, especially when the bidders impose strong negative externalities upon each other. In this note, we argue that these inefficiencies can be avoided by asking bidders prior to the auction to submit any publicly observable payment they would like to make. These payments, so-called flexible entry fees, do not affect the allocation decision of the auctioneer. We show that auctions with flexible entry fees have a fully revealing equilibrium where bidders signal their type before the auction itself takes place.

The main purpose of this monograph is to identify the key factors of risk man- agement efficiency of firm, whose management is able to increase the investment attractiveness of the business in general, as well as the formation of an effective or- ganizational risk management model that allows, on the one hand - to provide reliable protection for companies against unexpected losses, on the other hand - to make a risk management tool for the creation of corporate value. This monograph presents the organization of risk management in accordance with the latest regulatory require- ments. In the monograph authors provide a developed methods for evaluating the effectiveness of existing mechanisms of risk management, based on a representative theoretical review of the scientific literature of leading researchers in the field of risk management and internal control. In addition, an algorithm for evaluating the econom- ic and investment efficiency of the risk management is given, that takes into account the existing methods of performance evaluation, as well as recommendations on the organization of internal compliance as a tool ensuring the consistency of individual and corporate interests of the company. Most of the conclusions and positions pre- sented in the book, confirmed by empirical calculations on the example of Russian and international companies.

The book contains the results of studies to assess the effectiveness of corporate risk management.   This monograph is intended for students, teachers and scientists, researchers, and professionals operating in the field of risk management.

In the article we study the reasons and character of economic growth in Russia in the beginning of  the XXI-st century. The analysis of the features of economic development is a key to understanding of depth of modern crisis in Russia. This article exhibits institutional preconditions for an overcoming the crisis and acceleration of economic growth.

Efficiency and Probabilistic Properties of Bridge Volatility Estimatort
Saichev A. I., Lapinova S. A., Tarakanova M. V. SSRN Working Paper Series. Social Science Research Network, 2012. No. id2026389.
We discuss efficiency of the quadratic bridge volatility estimator in comparison with Parkinson, Garman-Klass and Roger-Satchell estimators. It is shown in particular that point and interval estimations of volatility, resting on bridge estimator, are considerably more efficient than analogous estimations, resting on Parkinson, Garman-Klass and Roger-Satchell one.
Экономика и управление: проблемы и перспективы развития. Сборник научных статей по итогам международной научно-практической конференции г.Волгоград 15-16 ноября 2010 г.
Ч. 1. Волгоград: Волгоградское научное издательство, 2010.
Competition impact of market structure: The case of banking services markets in two Russian regions
Anisimova A. I., Muradyan P. A., Vernikov A. V. SSRN Working Paper Series. Social Science Research Network, 2011. No. 1919817.
This empirical paper adds to competition and industrial organization literature by exploring the interplay between industry structure and competitiveness on local, rather than nation-wide, markets. We use micro-level statistical data for banks in two Russian regions (Bashkortostan and Tatarstan) to estimate Herfindahl-Hirschman index, Lerner index, and Panzar-Rosse model. We estimate Panzar-Rosse model in two ways: via the widely used price-equation that accounts for scale effects and then via a revenue-equation that disregards scale effects as suggested by Bikker et al. (2009). We find both regional markets to be ruled by monopolistic competition, although estimation by revenue-equation does not reject monopoly hypothesis for Tatarstan. Existence of sizeable locally-owned and operated institutions does not necessarily lead to higher competitiveness of the given regional market, and the results from non-structural methods of estimation suggest that bank competition in Bashkortostan is stronger than in Tatarstan. Going further away from aggregated analysis we compute Lerner indices in two product segments of Tatarstan – retail and corporate loans – and find that retail segment is significantly more competitive. Local banks exert more market power in corporate loans, while federal branches – in retail loans.
Обновляемый образовательный ресурс "Экономическая школа НИУ ВШЭ"
2012.
Влияние выбора целей и инструментов политики денежных властей на уязвимость экономик
Трунин П. В., Дробышевский С. М., Евдокимова Т. В. М.: Издательский дом «Дело» РАНХиГС, 2012.
Правовые институты в России 2000-2007 годах: взгляд со стороны бизнеса
Яковлев А. А. Общественные науки и современность. 2008. № 4. С. 21-37.
An Optimal Incentive Contract Preventing Excessive Risk-Taking by a Bank Manager
Penikas H. I. Financial Economics. FE. Высшая школа экономики, 2012. No. 03.
The Basel Committee of Banking Supervision initiated a discussion on the most efficient practices to prevent bank managers from excessive risk-taking. This paper proposes a game-theoretical approach, describing the decision-making process by a bank manager who chooses his own level of risk and effort. If the level of risk implies the variability of the future outcome, the amount of effort applied affects the probability of a positive outcome. Although effort is unobserved for the bank’s stakeholders, the risk level is under control, and is associated with certain indicators such as capital adequacy ratio or leverage level. The risk-neutral utility function of a bank manager and a binary game outcome of gaining profit or loss for a bank are assumed. Starting from the general incentive contract scheme having the fixed and variable parts of remuneration, it is proposed that differentiating the variable part of remuneration is sufficient to motivate bank managers to make fewer risky decisions. More precisely, the variable part of remuneration (e.g. the share of the bank’s profit) needs to be higher in proportion to the higher variance of outcome for the high -risk outcome case to stimulate a bank manager to opt for lower-risk decisions in place of higher-risk situations.
На океанских волнах. Россия в мировом кризисе
Уринсон Я. М. Вестник Европы. 2014. № 38-39.
Modeling policy response to global systemically important banks regulation
Penikas H. I., Titova Y. Financial Economics. FE. Высшая школа экономики, 2012. No. 02.
In this paper we elaborate a simple model that allows for the predicting of possible reactions from financial institutions to more stringent regulatory measures introduced by the Basel Committee on Banking Supervision (BCBS) in regard to global systemically important banks (G-SIBs). The context is framed by a 2011 BCBS document that proposes higher capital requirements for global systemically important banks. We attempt to analyze bank interactions in an oligopolistic market that is subject to demand constraints on loan amounts and additional loss absorbency requirements introduced by the regulator. We distinguish between the bank’s announced funding cost that determines both the loan amount issued and the market interest rate, and the bank’s true funding cost that has a direct impact on retained earnings. We conclude that in a two-stage game both banks will announce the highest funding cost, thus reducing the amount of loans granted (in line with the regulator’s objective), but at the expense of a higher cost of borrowing established in the market. If the game is repeated, then both banks also choose lower loan amounts in the periods prior to the last one in which the declared funding cost is the lowest possible. It should be noted that the designated outcome also coincides with the findings of the Monetary Economic Department of the Basel Committee on Banking Supervision.
Применение различных вариантов правила передачи голосов
Карпов А. В., Вольский В. И. Полития: Анализ. Хроника. Прогноз. 2011. № 2. С. 162-174.