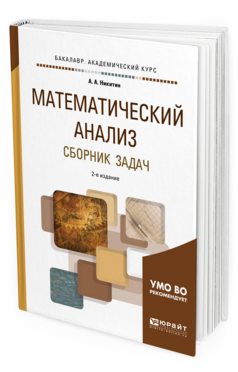 Learning Management System LMS allows upgrading the educational process at the university, to intensify the independent work of students and increase their interest in the results of ongoing work. The possibilities of using LMS are considered on the example of teaching calculus at the Higher School of Economics A number of outstanding technical and methodological issues is discussed.

We present a classical course of lectures on mathematical analysis for the first and second modules for departments of applied mathematics. Practical exercises and preparation for colloquiums is analyzed in detail. Numerous examples are analyzed and problems for individual student work are put. Particular attention is paid to the use of equivalences of elementary functions and the simplest asymptotic formulas for them.