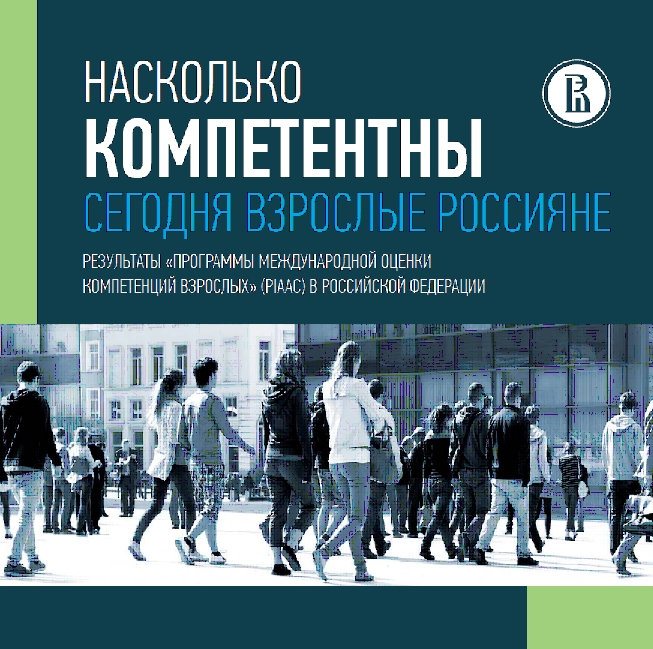 Экономическая активность населения России в 1990-е гг.
Гимпельсон В. Е. Проблемы рынка труда. WP3. Высшая школа экономики, 2002. № 01.
The Education System in the Russian Federation: Education Brief 2012
Nikolaev D., Chugunov D. Washington: The World Bank, 2012.
This Education brief is intended for non-Russian researchers willing to get familiar with Russian education system and more generally for all those involved in education and education policy. It does not represent exhaustive information on Russian education system and all problems and challenges existing there, but provide a snapshot briefly describing its main features. Education brief - 2012 retains its main special feature which is the combination of statistical data and qualitative information to describe the organization and functioning of education system in the Russian Federation. The report provides an up-to-date array of indicators to measure the current state of education in the country. The indicators provide information on the human and financial resources invested in education, on how education and learning subsystems operate and evolve. The analytical parts of the report examine key problems and challenges faced by education system administrators and policymakers in education sphere.
Accounting Systems Analysis and Design
Makarova L. G., Maksimova N. V. In bk.: History of Accounting, Business Administration Doctrines and Development of New Methods of Management in Italy and in Russia. 16-17 September 2008, Nizhny Novgorod. Milan: Rirea, 2009. P. 101-107.

The article deals with some ideas about lifelong learning strategies - the necessity to teach students to acquire, develop and update knowledge, skills and competences at different stages of their life and in different environments, the methods which can be applied to achieve it and the role of the teacher in this process.

The paper presents a model of continuous profession-oriented learning in the electronic environment at organizational, technological and learning levels. The learning level involves the application of modern technologies in e-pedagogies. The educational process is being built on the bases of iterative analysis, competence assessment and individual trajectories of learning. The organizational level implies the formation of integrated knowledge space which unites community of teachers from various higher educational institutions, research organizations and business enterprises within the system of academic knowledge management. At the technological level the members and partners of the integrated knowledge space are provided with appropriate instruments within the framework of social networks to develop educational and methodological materials, to search, to capture, to accumulate and to systematize knowledge with respect to the competence model’s requirements based on ontology method. The model aims at developing the methodology for creating and maintaining the intelligence systems to generate comprehensive competences. It enables the education institutions to effectively solve the problem of enhancing the education quality and assurance to meet the requirements of the business innovative development in knowledge society.

The Problem of Social Inclusion and Evaluation of Adult Literacy in Russia
Popov D., Kuzmina Y. Sociology of Education. ssoar-405412. Leibniz Institute for the Social Sciences (GESIS), 2014
In the paper Russian results of the Programme for the International Assessment of Adult Competency (PIAAC) are analyzed and compared to the data from the OECD countries. In the focus of the research is the concept of “participation in society” proposed by the developers of the PIAAC. The results show that “social inclusion” and “success” measured in the PIAAC through peoples’ individual achievements are not always connected with high level of competence in Russia. There is a large proportion of people in the group of respondents with the lowest level of literacy, who are “included” and “successful” (at least according to formal criteria). This distinguishes Russia from the OECD countries with developed economies.
Новости ОЭСР. Образование, наука, новая экономика
Мешкова Т. А., Моисеичев Е. Я., Сабельникова Е. В. Т. 1. Вып. 2. НИУ ВШЭ, 2014.
Сценарии устойчивого финансирования высшего образования
Салми Дж. Вестник международных организаций: образование, наука, новая экономика. 2010. № 1(27). С. 79-95.

Constructing Identities And Boundaries: Fashion And Clothing Of Working And Middle Class Youth In Contemporary Russia
Margarita Kuleva. Humanities. HUM. Basic Research Programme, 2015. No. 85.
Clothing and fashion play significant role in the process of ageing, and help put bodily experiences in the context of culture. It is especially important for young people as social subjects, who are starting to become independent but do not have sufficient experience and social competences to do this.    This paper explores how youth of middle and working class in Russia use clothing to denote their social identity and construct boundaries.The paper is based on materials of 81 IDI with young people from St. Petersburg.
Современный менеджмент: проблемы, гипотезы, исследования : сборник научных трудов
Вып. 1. М.: Издательский дом ГУ-ВШЭ, 2009.
Системные проблемы надёжности, качества, информационно-телекоммуникационных и электронных технологий в инновационных проектах (ИННОВАТИКА - 2011). Часть 1
Ч. 1. М.: Энергоатомиздат, 2011.
University Students’ Use of Information and Communication Technologies (ICT) in Russia: A Focus on Learning and Everyday Life
Porshnev A., Giest Hartmut. Seminar.net. 2012. Vol. 8. No. 1. P. 27-53.