EU member states economies after the introduction of the euro: from euphoria of 1999 to the debt crisis of the 2010s. Collective monograph of the Center for European Studies shows results of three-year research project on structural shifts in economy of all large and some small EU member states. Specifics of modern economic and social policy in EU countries and features of anti-crisis measures are studied. Reasons of difficult transformation of the EU economy towards an innovative way of development are explained. The first part of the book deals with problems of economic integration in Europe and specifics of five leading member states – Germany, the UK, France, Italy and Spain. The second part of the book is devoted to economies and economic policies of various small member states – Greece, Ireland, Sweden, Denmark, Finland, the Czech Republic and Baltic states. The most actual EU economic problems (the ECB‘s monetary policy, shifts in the energy sector, anti-crisis government-to-business models and migration flows) are investigated in detail in the third part of the book. 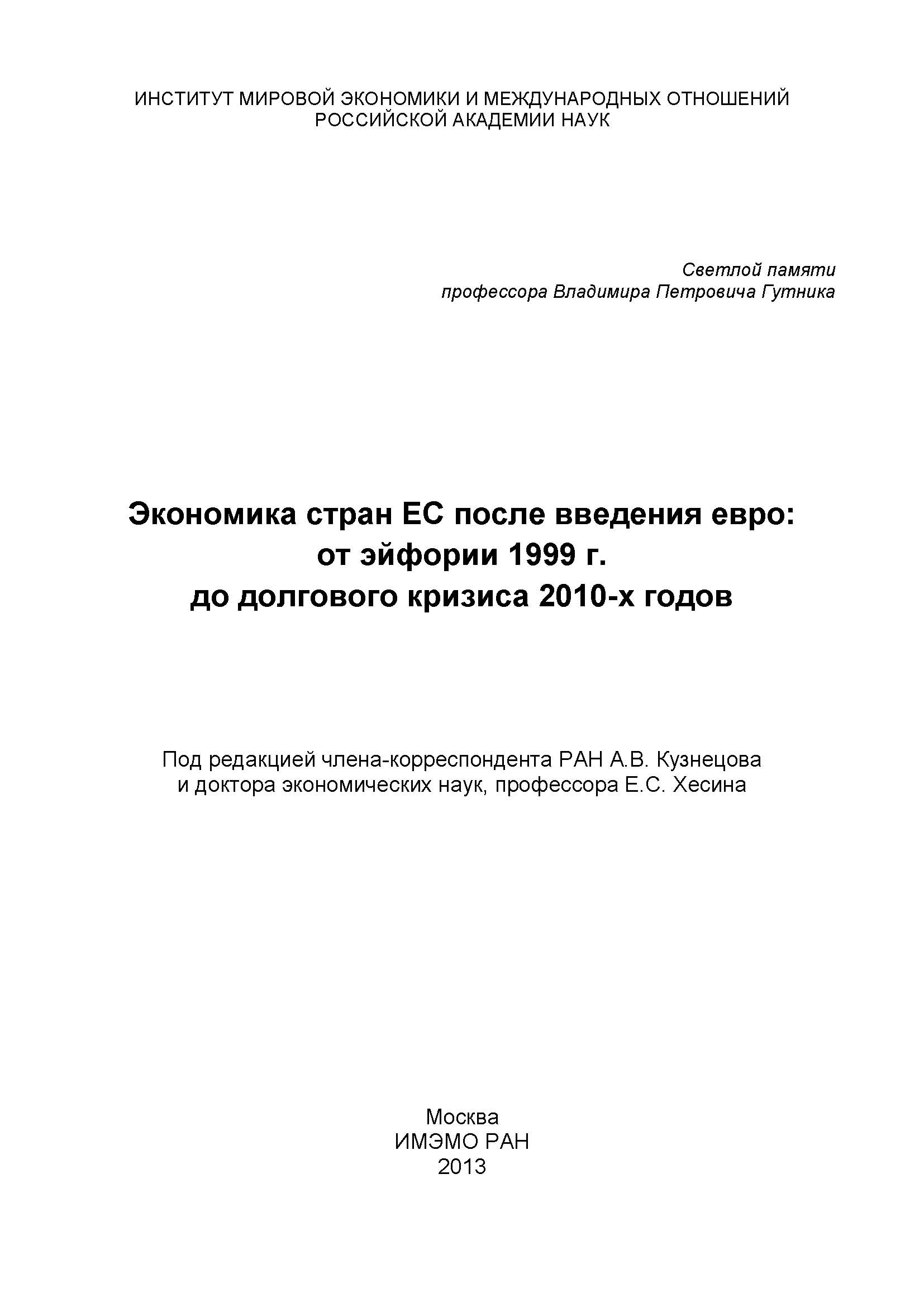