Media and the Politics of Arctic Climate Change: When the Ice Breaks

The Arctic sea-ice reached record lows in 2007, and again in 2012. In the international news media, these moments were reflected via striking images of polar bears, crumbling icechunks and the use of more alarmist metaphors about global climate change. Through these narratives, and despite the periodic disappearance of climate change from media reports due to issue fatigue, a sharper narrative of climate change has entered public discourse: a new global reality where the future is no longer a given. Going beyond media studies as well as descriptive or highly scientific accounts of the impacts of climate change in the Arctic, this book explores how both historical and contemporary mediations, scientific narratives and satellite technology simultaneously capture and reconstruct this new reality of the Anthropocene, where human activities shape the planet. By highlighting the linkagesbetween science, media, environmental change and geopolitics, the informed contributors to the volume invite the reader to reflect on what is local and what is global in today's connected mediatized world.

Research target: History and ArcheologyPolitical Science (including International Relations)Earth SciencesBiology
Priority areas: humanitarian
Language: English
Text on another site
Keywords: climate changeArcticmedia studieshistory
Publication based on the results of: ­­­The Cooperation of Expert Communities during the Cold War and the Nature of ‘Science Diplomacy’ in the Environmental Sciences and International Law(2013) 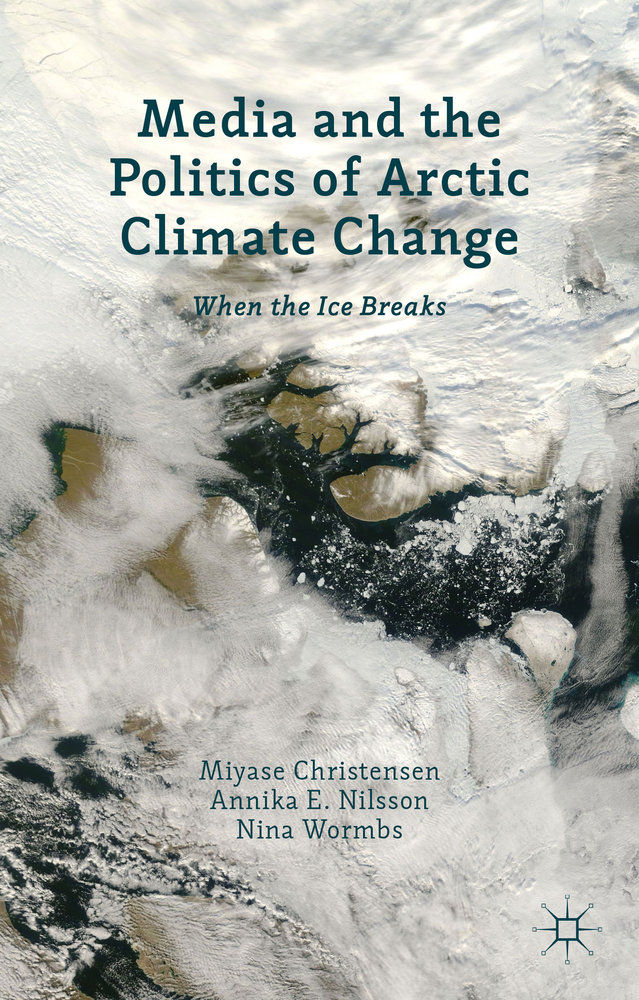 Similar publications
Труды ХХ Международного совещания «Радиационная физика твердого тела» (Севастополь, 5 июля - 10 июля 2010 г.)
Edited by: Г. Г. Бондаренко Т. 1-2. М.: ФГБНУ "НИИ ПМТ", 2010.
Paleoconservatism of the Southern Agrarians
Belkovich R. Law. LAW. Высшая школа экономики, 2013
The emergence of the Tea Party movement in recent years has shown that under the surface of mainstream political life in the USA there exists a different layer of ideas, which cannot be satisfactorily described in terms of the Republican/Democrat dichotomy. These ideas have their origins in the foundation of the American Republic, which owes a lot to ancient and mediaeval political theory. In the twentieth century there was a revival of these ideas in the form of the so-called “paleoconservative” movements which rediscovered their ancient and mediaeval heritage. This paper focuses on one of them, the Southern Agrarian movement, as exemplary of this radical intellectual project.
4 International multidisciplinary scientific conference of social sciences and arts
Vol. 2. Bk. 2. Sofia: Albena Co., 2017.

Историческое прошлое Тюбингенского университета в юбилейном контексте 1927 года
Морозов О. В. Гуманитарные исследования. WP6. Высшая школа экономики, 2013. № WP6/2013/06.
This paper reviews the history writing practices that were employed at Tübingen University on the occasion of its 450th anniversary. The author examines a jubilee edition of the university’s history and the speeches of professors, identifying in them the ways in which they represent historical plots and their role in self-identifying the academic community.
Governing Arctic Seas: Regional Lessons from the Bering Strait and Barents Sea
Vol. 1. Switzerland: Springer, 2020.

Идеи Кропоткина и международное анархистское движение в 1920-1930-х гг.
Дамье В. В. В кн.: Петр Алексеевич Кропоткин. М.: Российская политическая энциклопедия, 2012. С. 266-299.
Carbon emissions embodied in Russia’s trade
Makarov I. A., Sokolova A. FIW Working Paper. The Federal Ministry of Science, Research and Economy (BMWFW), 2015. No. 149.
According to current international climate change regime countries are responsible for greenhouse gas (GHG) emissions, which result from economic activities within national borders, including emissions from producing goods for exports. At the same time imports of carbon intensive goods are not regulated by international agreements. In this paper emissions embodied in exports and imports of Russia were calculated with the use of inter-country input-output tables. It was revealed that Russia is the second largest exporter of emissions embodied in trade and the large portion of these emissions is directed to developed countries. The reasons for high carbon intensity of Russia’s exports are obsolete technologies (in comparison to developed economies) and the structure of commodity exports. Because of large amount of net exports of carbon intensive goods the current approach to emissions accounting does not suit interests of Russia. On the one hand, Russia, as well as other large net emissions exporters, is interested in the revision of allocation of responsibility between producers and consumers of carbon intensive products. On the other hand, current technological backwardness makes Russia vulnerable to the policy of “carbon protectionism”, which can be implemented by its trade partners.
Меры по адаптации ‒ наблюдаемое и прогнозируемое воздействие изменения климата на население, хозяйство и экосистемные услуги
Герасимчук И. В. В кн.: Изменение климата и его воздействие на экосистемы, население и хозяйство российской части Алтае-Саянского экорегиона. Оценочный доклад. М.: Всемирный фонд дикой природы, 2011. С. 105-148.

Two-Faced Status Of History: Between The Humanities And Social Sciences
Savelieva I. M. Humanities. HUM. Basic Research Programme, 2015. No. 83.
In modern academia, history is occasionally classified as a social science. My aim is to demonstrate why history has not become a ‘real’ social science, although historians who represent the most advanced trends within the discipline aspired to this. Two-faced status of history is problematized as a conflict between social theory and historical method when historians adopt the theories of the social sciences. I consider two topics to be central here: the uneasy relationship between social theories and methods, and the indispensability of the cognitive potential of the humanities. Although historians have sought theoretical renewal by turning to the theories of various social sciences, they rarely could use techniques that represent ways of cognition normally used by sociologists, psychologists, anthropologists, etc. – psychometric testing, sociometric monitoring, ethnographic description, in-depth interview, long-term observation. This situation has undeniable positive effects. The impossibility of using social science techniques ensures the autonomy of history and enables it to preserve its disciplinary core. At the same time, dealing with meanings and using the cognitive methods of the humanities, history can catch things more ephemeral than trends, patterns, mechanisms and statistical rules.
«Вехи» в контексте, или Интеллигенция как трагический элемент русской истории
Кантор В. К. Вопросы философии. 2010. № 4. С. 91-109.