Syrians and the Others: Cultures of the Christian Orient in the Middle Ages 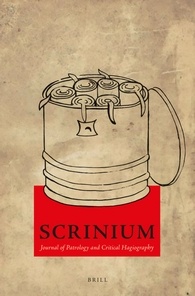 Культура русской диаспоры: эмиграция и мифы. Сборник статей
Таллинн: Таллинн, 2012.
In Search of the New "Turns": History and Theory in the 21 st century
Savelieva I. M. Humanities. HUM. Basic Research Programme, 2011. No. 02.
This study researches some of the most recent theories (elaborated by historians and social scientists) applied to the practice of historical research. The object of this research includes ideas, concepts, notions, methods of scholarly analysis of past social reality, as well as the emergence of new interdisciplinary fields, mutual borrowings and interventions. In this connection, the opposite process — the historization of some very disparate disciplinary discourses — is briefly addressed. It includes especially historical aspects of anthropology and sociology in the coming century. The research is based on information from journals specialized in history and theory, on leading history journals which demonstrate the state of art in various research areas, on sociological journals publishing material on historical sociology and on monographs from 1995—2010.
Персонифицированная легитимность.
Скиперских А. В. Свободная мысль. 2005. № 8. С. 119-203.
Виртуальные расширения человека: новые основы культуры и бизнеса
Черных А. И. Политическая теория и политический анализ. WP14. Высшая школа экономики, 2012. № 04.