by year
Subject
News
Its Easier to Forgive When You Are Under Chronic Stress
Russian researchers have studied the correlation between personality authenticity (the ability to be oneself) and the ability to forgive under different levels of stress. They found that people experiencing chronic stress are more inclined to forgive, while people affected by everyday stress are less inclined to do so. The ability to forgive promotes authenticity. The results of the study, which have been published in the journal Clinical Psychology and Special Education, can be used in life coaching programmes.
No Head in the Clouds: Survey Results Refute Stereotypes of Young People
In the run-up to Youth Day, IQ.HSE studied the results of an all-Russian survey by the Centre for Studies of Civil Society and the Nonprofit Sector. Sociologists studied the role of young people in charity and volunteering. What do they sacrifice for the sake of their neighbours — and are they prepared to do it in general? For those who think that young people have their heads in the clouds, the answers will be unexpected.
From Covid-19 to Risk Appetite: How HSE Universitys Supercomputer Helps Researchers
Whether researching how the human brain works, identifying the source of COVID-19, running complex calculations or testing scientific hypotheses, supercomputers can help us solve the most complex tasks. One of the most powerful supercomputers in the CIS is cHARISMa, which is now in its third year of operation at HSE University.Pavel Kostenetskiy, Head of the HSE UniversitySupercomputer Modeling Unit, talks about how the supercomputer works and what kind of projects it works on.

The Diffusion of Ricardo’s Theory in Russia

Chapter 6, by Denis Melnik, reviews the three periods in the development of economic science in Russia during the last two centuries. As is shown, these periods, for different reasons, provided an unfavorable context for the reception of Ricardo’s economics. For about a half of the nineteenth century the name of Ricardo was not unknown but his theory did not attract attention (Sections 2). During the period that started at the 1860s and ended with the Russian Revolution the consensus towards Ricardo among the majority of Russian economists was based on a respectful distance. Still, there were the attempts to actualize Ricardo’s economics. Nikolai Ivanovich Sieber, the first translator of Ricardo into Russian, regarded his theory as a preceding stage to Marx’s, while Yuli Galaktionovich Zhukovsky, who rejected Marxism from the very beginning, made an attempt to reformulate the Ricardo’s theory in terms not dissimilar to the later neoclassical interpretation. The subsequent rise of marginalist theory and the heated debates among the Marxists at the turn of the twentieth century resulted in a strive to ‘synthesize’ classical and marginalist approaches to value and distribution characteristic for a part of Russian economists. It was a background for Vladimir Karpovich Dmitriev’s original interpretation (Section 3). During the Soviet period the canonical version of the history of economic thought placed Ricardo as an immediate predecessor to Marx. A comparison between the approaches to Ricardo’s economics proposed by Issak Illich Rubin and Piero Sraffa (Section 4) allows to outline the difference between two lines in development of the classical approach in the twentieth century. 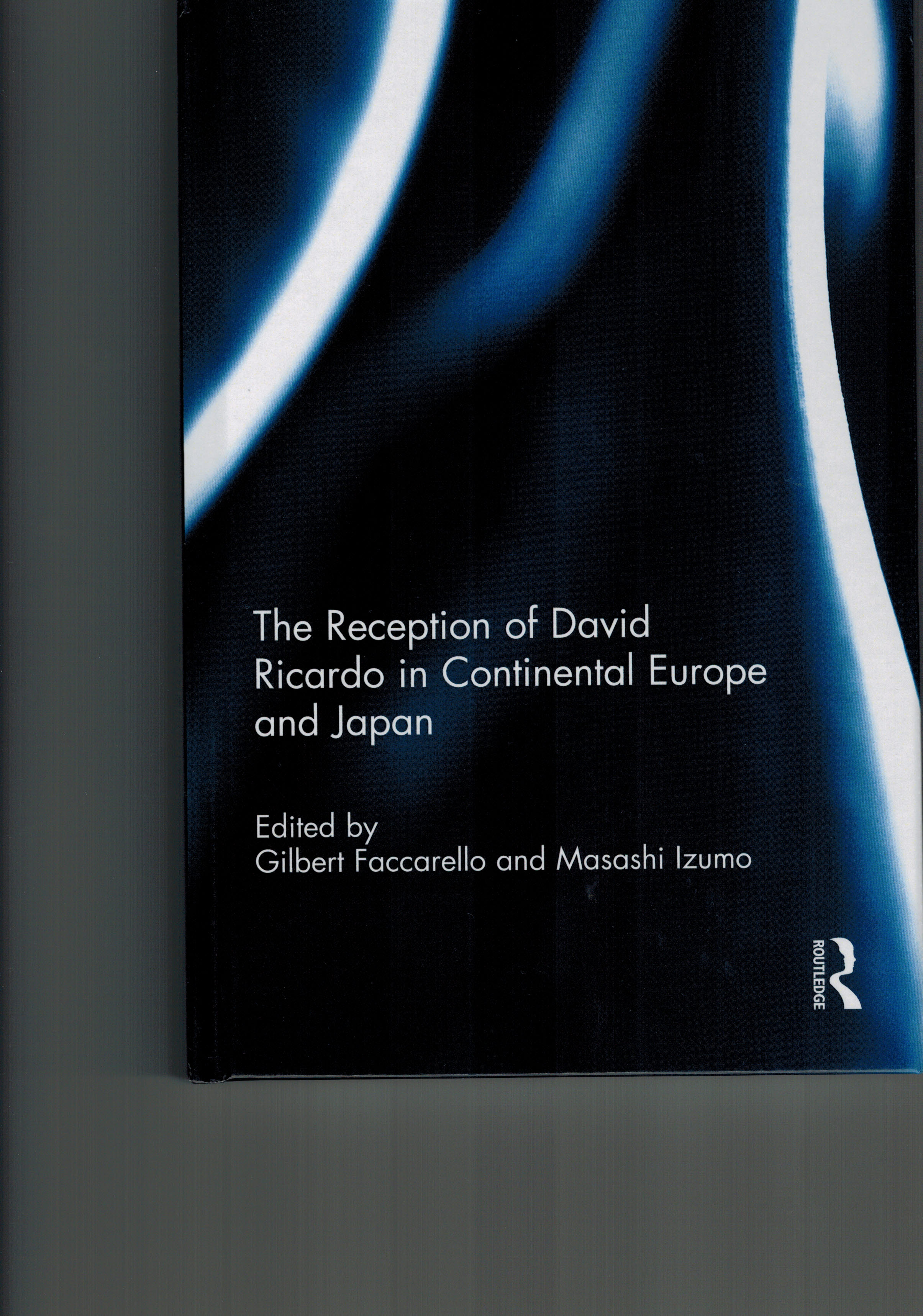