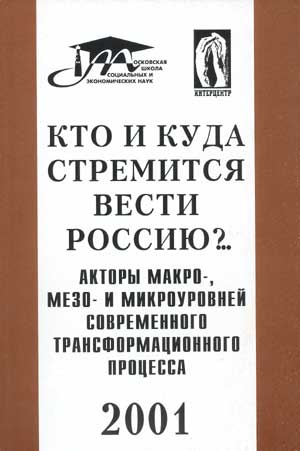 Analysts: “Consultants” or “Independent Policy Actors”
Belyaeva N. Y. Politicka Misao. 2011. Vol. 48. No. 5. P. 125-140.
The author points out empirical indicators to distinguish “consultants” from analysts as “independent policy actors”. The complexity of decision-making processes in modern states created demand for independent expert support. This demand has been satisfied by new institutes of intellectual political support – think tanks. Support, an estimation of political decisions and alternatives, generating of ideas, education and elite formation became their functions. According to the functional approach, due to the complexity and scale of modern administrative problems, the expert became an integral part of the decision-making process. In differentiated social systems, in order to increase the efficiency of decisions and to maintain the social “feedback” mechanism, policy-makers involve experts, including think tanks, to work out new and to estimate old political decisions. In these processes think tanks are engaged, conducting researches and consultations for the decision-makers. So in modern states the mechanism of “feedback” is carried out. In practice, we can see some analysts and experts who pretend to play a dominant role in policy; some who legitimize policy of the government, decisions of a political leader or a current political regime; some who conduct professional research and development of the “feedback mechanism” within a policy cycle; and some who have real power on minds of the elites and/or citizens. The author aims to figure out the factors that influence the changing political status of the analysts, what makes them independent political actors, and in what conditions they come to serve the elites’ interest. And, most importantly, how we can fix or stabilize the analysts’ status as independent and powerful political actors even in an unfavorable political climate.