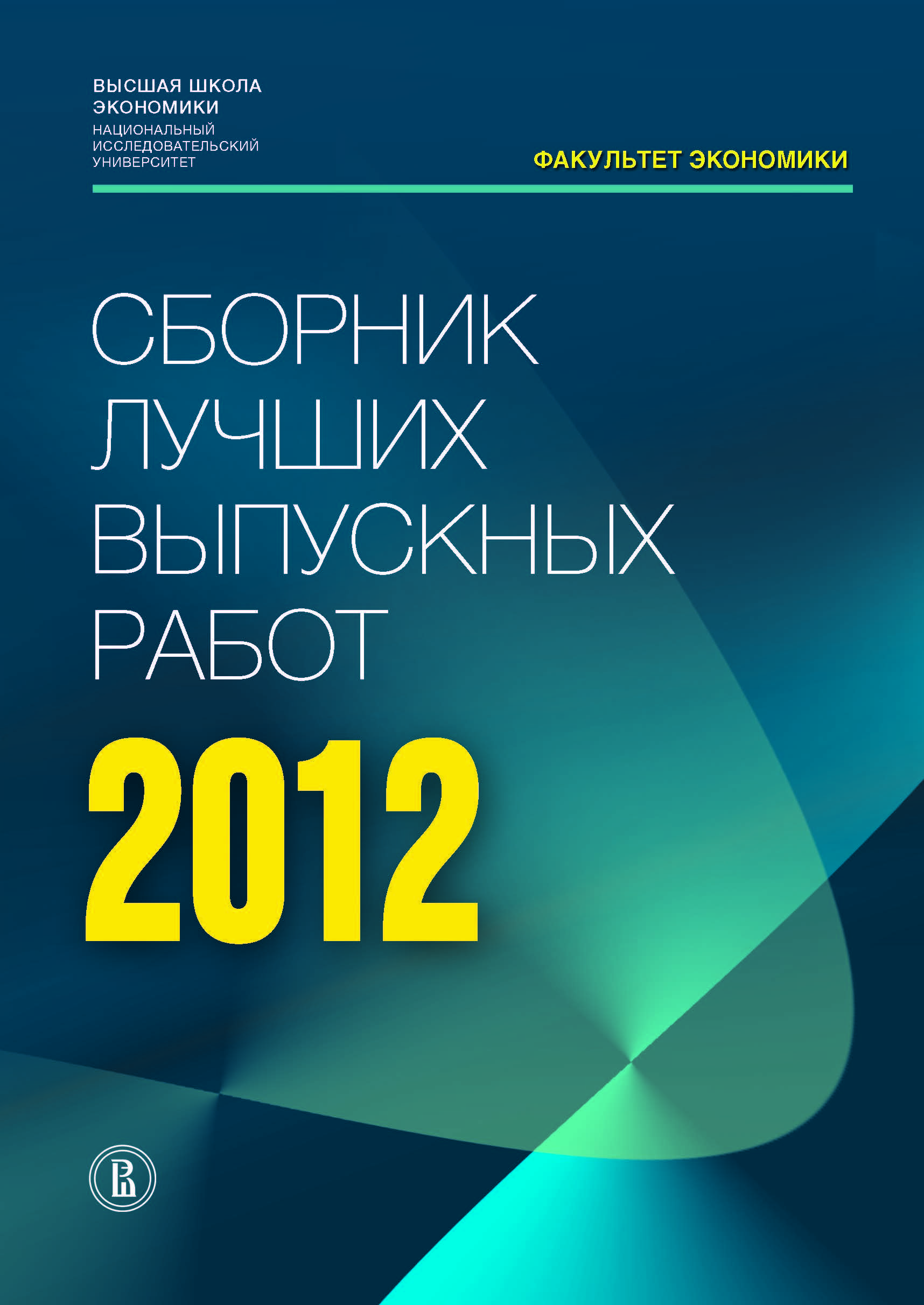 We proposed the nonlinear dynamic model of the formation of the market prices of precious metals based on the econophysic considerations. This model is a system of three ordinary differential equations relating the time dependence of elasticity, variations of bid and ask prices; it is similar to the Lorenz system. The areas of the dynamic stochasticity in experimental data were found with the comparing of the experimental and the theoretical ask and bid prices. These areas are the precursors of the crisis mode in the form of dynamic chaos.

The purpose of this paper is to examine the impact of the global financial crisis on the Central Bank, the key institutions of the financial sector. This paper deals with the major changes the functioning of this institution in modern conditions, reveals mechanism of the unconventional monetary policy in the liquidity trap.

Business under crisis: to start or to discontinue? (The case of Russia)
Alimova T. A., Chenina A., Chepurenko A. In bk.: Theory of Entrepreneurship: new results and prospects (Research papers). M.: 2011. P. 6-42.
Российский финансовый кризис: почему девальвация рубля сопровождалась дефолтом по государственному долгу?
Shpringel V. K. Исследования по экономике и финансам. WP9. Высшая школа экономики, 2005. No. 03.
Using an original currency crisis model we show that mistakes in monetary and fiscal policy could explain the origins and roots of the Russian financial crisis of 1998. A combination of high interest rates with high sensitivity of inflation rate to the rate of currency depreciation, low duration of debt and low GDP monetization together resulted in exchange rate appreciation and rapid accumulation of domestic-currency debt. When the debt became too high to service, investors started to flee. Protective interest rate hike by the monetary authorities was counterproductive, accelerating the approach of the crisis via the growth in the debt-servicing payments and GDP contraction. The budget restriction of 3% of GDP, used in EC countries, was too loose for Russia in the pre-crisis period.
Austrian Reconstruction and the Collapse of Global Finance, 1921-1931
Marcus N. Cambridge: Harvard University Press, 2018.

In 1921 Austria became the first interwar European country to experience hyperinflation. The League of Nations, among other actors, stepped in to help reconstruct the economy, but a decade later Austria’s largest bank, Credit-Anstalt, collapsed. Historians have correlated these events with the banking and currency crisis that destabilized interwar Europe—a narrative that relies on the claim that Austria and the global monetary system were the victims of financial interlopers. In this corrective history, Nathan Marcus deemphasizes the destructive role of external players in Austria’s reconstruction and points to the greater impact of domestic malfeasance and predatory speculation on the nation’s financial and political decline.

Consulting sources ranging from diplomatic dossiers to bank statements and financial analyses, Marcus shows how the League of Nations’ efforts to curb Austrian hyperinflation in 1922 were politically constrained. The League left Austria in 1926 but foreign interests intervened in 1931 to contain the fallout from the Credit-Anstalt collapse. Not until later, when problems in the German and British economies became acute, did Austrians and speculators exploit the country’s currency and compromise its value. Although some statesmen and historians have pinned Austria’s—and the world’s—economic implosion on financial colonialism, Marcus’s research offers a more accurate appraisal of early multilateral financial supervision and intervention.

Illuminating new facets of the interwar political economy, Austrian Reconstruction and the Collapse of Global Finance reckons with the true consequences of international involvement in the Austrian economy during a key decade of renewal and crisis.

The Group of Eight (G8) has had extensive and even existential experience with financial crises (Kirton 2007). The groups creation was driven by financial crises created by and in the US, in the form of the Nixon Administration’s unilateral destruction of the Bretton Woods system of fixed exchange rates on August 15, 1971 and the imminent bankruptcy of New York City at the time of the first summit at Rambouillet in November 1975. Then came a succession of real and potential crises, notably Britain’s need for support from the International Monetary Fund (IMF) in the mid 1970s and Italy’s need in 1976, the developing countries debt crisis of the early 1980s, the American stock market plunge of October 1987, the attack on the European Monetary System (EMS), the Mexican peso crisis starting on December 20, 1994, the Asian-turned-global financial crisis of 1997–1999, the 9/11 terrorist attacks on America, the Enron–dot.com bust and the America-turned-global financial crisis from 2008 to now. Since the G8’s 1975 start, such crises have been created by others to afflict a vulnerable America, and been created by America to attack the rest of the world. In both cases such crisis have been conscious, calculated controlled and targeted, as on August 15, 1971 and September 11, 2001, and unco.nscious, uncalculated, uncontrolled and untargeted events characterized by contagion, complexity and uncertainty that no one can fully comprehend, as in the global crisis from 2008 until now.

Globalization, Exchange Rate Regimes and Financial Contagion
Nikitin M., Solovyeva A. S., Urosevic B. Исследования по экономике и финансам. WP9. Высшая школа экономики, 2012. No. 04.
We study fragility of financial networks operating in a multi-currency world in the context of a two-country multi-region model a la Allen and Gale (Journal of Political Economy, 2000) with open-economy monetary features of Chang and Velasco (Journal of Economic Theory, 2000). We find that flexible exchange rate regime increases financial fragility of multinational multi-currency networks under a complete system of financial links. On the other hand, a complete system of financial links reduces fragility under monetary union and fear of floating regime, but not necessarily under the flexible rate regime.
Think Thank 20: The G-20 and Central Banks in the New World of Unconventional Monetary Policy
Brookings, 2013.

Five years after the first meeting of G-20 leaders, and decisive action by the central banks and treasuries of the world’s major economies that prevented the financial crisis of 2008-2009 from turning into a 1930’s style world-wide depression, the world economy still remains fragile. The original fiscal stimulus agreed upon in the April 3rd 2009 second leader’s level G-20 London meeting has been withdrawn in the U.S. and Europe after 2011, not through a coordinated decision of the G-20, but in response to fears of rising public debt and a political process in which these fears came to dominate the debate. In China too, fiscal policy became less expansive, after the mega-stimulus of 2009, although a mini-stimulus has been declared for the summer of 2013 to counter a greater than expected output slowdown. Monetary policy, however, remained extraordinarily expansionary in the U.S., the U.K., Japan and the eurozone. The balance sheets of the Federal Reserve (Fed), the Bank of England (BoE), the Bank of Japan (BoJ) and the European Central Bank (ECB) expanded by $2 trillion, £310 billion, ¥50 trillion, and €1.5 trillion, respectively between December 2007 and December 2012. The Fed’s, the BoE’s, the BoJ’s and the ECB’s balance sheets were as big as 6 percent, 7 percent, 21 percent and 15 percent of their GDP in 2007, whereas in 2012, their balance sheets represented 19 percent, 27 percent, 33 percent and 32 percent of their 2012 GDP levels, respectively. Repeated rounds of quantitative easing no doubt helped the U.S. economy recover, and the actions of the ECB prevented the crisis in the eurozone periphery to spin entirely out of control.

IPO of Russian Banks: the Crisis Effect on the Market Value of the Stocks
Balkovskaya D., Stulova N. International Journal of Business and Social Science. 2012. Vol. 3. No. 1. P. 59-65.

The process of the IPO of banks in Russia is its infancy but the rapid growth is forecasted. This context raises the issue of the factors determining the floated banks stock value. The results of the research on 2007-2009 Russian data showed that the bank stock price is dependent on the macroeconomic indicators (such as the oil prices and the Dow Jones index volatility) and the some banking system indicators(the interbank interest rate, the bank’s ROA, and ROE). However, the results adjusted to the global financial crisis effect proved to exclude the ROE factor and showed the dependence of the stocks prices of the floated banks from the historic trend of the American economy. The models developed are of  the practical application and can be used by the institutional as well as the private investors.