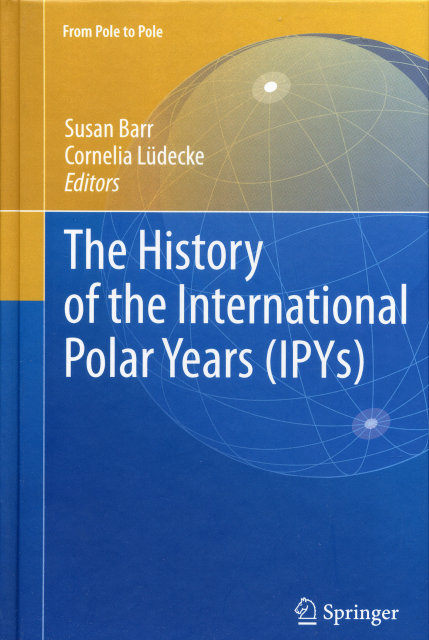 The History of the International Polar Years (IPYs)
Т. XII. Springer, 2010.
Similar publications
"Literary Ethnography And Nationalism In The Imperial Russia: A Case Of The Naval Ministry“Literary Expedition”
Vdovin Alexey. Humanities. HUM. Basic Research Programme, 2014. No. WP BRP 47/HUM/2014.
This paper explores the ideological sources of the Russian Naval Ministry “literary expedition” in a broad context of ethnographical knowledge, 1840-1860. The author explains which Russian and Western models of literary ethnography compelled Grand Duke Konstantin Nikolaevich to commission Russian writers to describe various provincial regions and ethnic groups. The investigation demonstrates that this expedition was an indispensable part of a broad and influential paradigm of nationalizing knowledge which dominated the Russian science and the literary and discursive fields of the 1850s.
Science, Geopolitics and Culture in the Polar Region: Norden beyond Borders
Edited by: S. Sorlin. Farhnam: Ashgate, 2013.

The culture of mathematical economics in the Post War Soviet Union
Kirtchik O. I., Boldyrev I. Гуманитарные исследования. WP6. Высшая школа экономики, 2013
This paper explores the problem of disciplinary status and identity of the Soviet mathematical economics which emerged and developed mostly during the Brezhnev era. Was it an interdisciplinary field at the intersection of mathematics and economics? Was it “only” a domain of applied mathematics? Was it a marginal sub-discipline or a part of mainstream of the Soviet economic science? A tentative answer to these questions brings us to consider not only the formal institutional status of mathematical economics, but also questions related to epistemic culture and professional (or disciplinary) identity of mathematical economists. The first term, epistemic culture, refers to representations of rationality and “truth”-finding devices such as analytical tools, theories, etc., while the second one, disciplinary identity, brings into light the issues of disciplinary self-identification and of disciplinary borders constructed and maintained by members of an academic community vis-à-vis other scholarly domains, and within a broader academic and political cultures. Based on interviews with Soviet mathematical economists we try to reconstruct a disciplinary history of this community characterized by rigorous mathematical foundations, innovative research methods and objects, and opaque political position. A comparison of Soviet mathematics with the situation in neoclassical economics in the West is insightful as far as both cases present some common and distinctive features.
Между философией и историей науки: на пути к "гибкой" теории научной рациональности
Порус В. Н. В кн.: Имре Лакатос: Избранные произведения по философии и методологии науки. Академический проект, 2008. С. 9-21.
Западнорусизм в мире идентичностей межславянского пограничья. Историографические наблюдения
Горизонтов Л. Е. В кн.: Славянский мир: в поисках идентичности. Кн. 8. М.: Институт славяноведения РАН, 2011. С. 930-939.
Иван Христофорович Озеров — профессор финансового права Московского и Петербургского университетов
Козырин А. Н. Известия высших учебных заведений. Правоведение. 2010. № 6. С. 103-106.