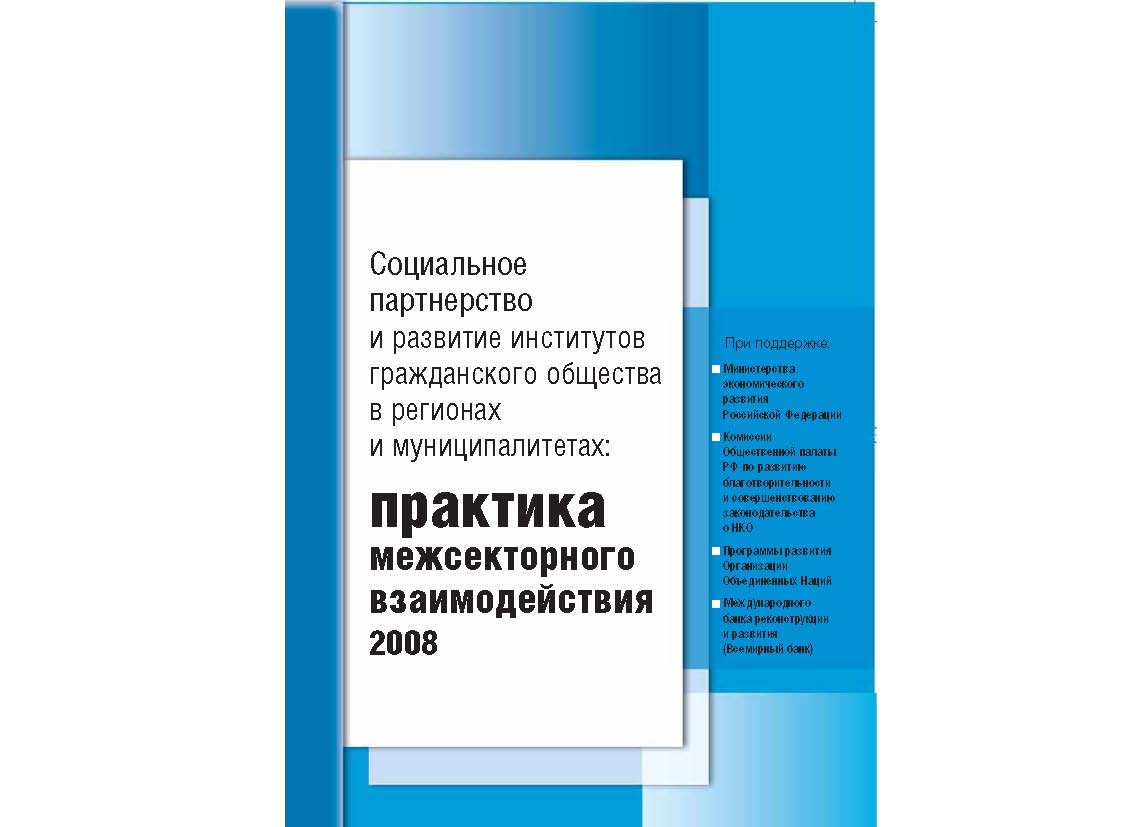 Анализ эффективности в некоммерческом секторе: проблемы и решения
Борисова Е. И., Полищук Л. И. Научные доклады Института институциональных исследований. WP10. Высшая школа экономики, 2008. № 02.
The key distinction of non-profit organizations (NPO) from for-profit private firms is that the former have no owners and do not distribute profit to shareholders. This feature leaves NPOs without a natural efficiency criterion reflecting goals of such organizations, and greatly complicates the analysis of NPO efficiency. The paper critically assesses the existing approaches to measurement of NPO efficiency and proposes the production frontier approximation as an efficiency measurement tool which is both practical and, under certain assumptions, adequate to the problem of NPO performance evaluation. Application of the proposed method is discussed, including measurement of efficiency of non-profit associations, such as associations of homeowners.
Учет целевых поступлений в некоммерческих организациях
Макеева О. С. В кн.: Учетно-аналитические инструменты развития инновационной экономики: материалы II всероссийской научно-практической конференции, 2011. Т. 1. Княгинино: Нижегородский государственный инженерно-экономический институт, 2011. С. 220-226.
A Critical Appraisal of the Conceptualization of Public Park and Recreation Marketing
Novatorov E. V. SSRN Working Paper Series. Social Science Research Network, 2012. No. 2133237.
The objectives of the study were (a) to identify the reasons and concerns of those public administrators and marketing scholars who do not accept the usefulness of marketing in the public sector; (b) to deconstruct, comprehend, interpret, and critically appraise the current conceptualization of public sector marketing from the viewpoint of negativists identified in step (a); and (c) to reconstruct, redefine, reinterpret, and reoperationalize the current controversial conceptualization of public sector marketing into a new conceptualization in the context of park and recreation services. The critical theory approach to the study primary used non-empirical procedures data collection and analytic procedures which included investigative research, negative case analysis, and theoretical triangulation. These procedures were supplemented with empirical data collected from in-depth interviews with five scholars and with three parks and recreation managers. Results of the non-empirical procedures revealed the biased selective nature of the current conceptualization of public park and recreation marketing and the existence of alternative conceptualizations which have been ignored. The existing and alternative models were discussed with scholars and park and recreation managers. Support was found for the alternative models. From these data an alternative conceptualization of public park and recreation marketing was developed and named the concept of administered marketing. Implications for park and recreation managers are discussed. Directions for future research into the administratively managed park and recreation marketing concept are suggested.
Понятие, виды и особенности деятельности некоммерческих организаций в РФ
Макеева О. С. В кн.: . С. 274-284.