С. 315-319.
Бордачев Т. В., Макаров И. А.
Language: Russian
Keywords: foreign policy of RussiaAsian Pacific countries
Publication based on the results of: Theoretical and Practical Aspects of an Analysis of Siberia and the Far East’s Potential for International Cooperation(2013) 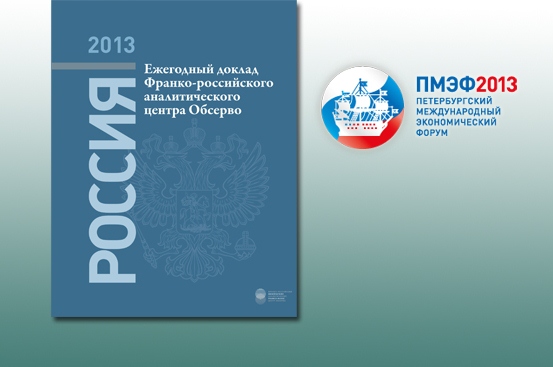 Korean-Russian Jeju Forum 2012 was organized by the East Asia Foundation and was dedicated to relations between Russia and the countries of the Korean Peninsula.

Over the last quarter of the century relations between Russia and Poland are balancing between trying to understand the burden of mutual guilt and a desire to construct non-emotional pragmatic relations. Sources of tension vary. In particular, it is the desire of Poland to position itself as a valued player in NATO and the EU and the role distance between the two countries in IR system, which does not allow Russia to maintain an equal political dialogue with Poland. In fact, Poland is not afraid of a direct threat from Russia, but the worst scenario is the one in which Russia without changing the content of its imperial policy can be accepted as a full partner in the international community. The evolution of Russian statehood and national specifics of democracy is largely determined the assessment of the prospects of Russian politics in Poland. The mistake of Polish diplomacy last years was that it took no direct efforts to improve relations with Russia, but only tried to impose the dialogue on Russian authorities. Diplomatic methods were designed to hurt Russian interests and to create a topic for discussion. In response, after 2006 Russia chose the tactic of ignoring Poland. But, ignoring Polish authorities, Russian politicians acted similarly with other political forces. In Poland among influential political forces, there was and there is still no loyalty to Russia. For Russian interests it is no matter who are or will be in power in Poland. However as a rule, it is an important factor that foreign policy decisions are de facto within the competences of the President and the government, as well as experiencing a significant influence of the parliamentary forces. Recent trends show no tangible innovations in bilateral programme. But innovations appear in multilateral and conflict enough issues, such as deployment of US missile defense system in Poland or Polish supervision of "Eastern Partnership" programme. The main problem is low self-sufficiency of bilateral relations and excessive influence of third countries. Any efforts to normalize bilateral relations will be meaningless until the weight of bilateral relations really increases to each of the party.

Th is monograph “Th e Greek Islands of Catherine the Great: Russia’s Imperial Realities in the Mediterranean” by Professor Elena B. Smilianskaia of the National Research University Higher School of Economics, investigates the history of the Russian-Ottoman War of 1768–1774. It is based on a wide array of historical sources, among them archival records from the collections of the Russian State Naval Archive (RGAVMF), the Russian State Archive of Ancient Acts (RGADA), the Russian State Military History Archive (RGVIA), and others. Th e text also contains visual materials gathered in Greece. Th e book proceeds in two parts: the fi rst discusses the development of political authority over the Greek islands in the Aegean Sea (otherwise referred to as the Archipelago islands), which came under Russian control in the 1770s, while the second examines the creation of a Russian naval base on Paros. Th e appendices include a journal kept by a participant of the expedition, K.L. von Tölle (an archival manuscript translated from the German and annotated by Anna Friesen) and M.G. Kokovtsev’s 1786 essay, “A Description of the Archipelago.” During the years from 1770 to 1775 Russian naval commanders Aleksei Orlov, Grigorii Spiridov, and Andrei Elmanov pursued Catherine’s goals in the Mediterranean, which involved constructing a Russian naval base and liberating Orthodox Christians from Ottoman rule. Th is was a unique moment in Russian history, as it brought the fi rst overseas territories — thirty islands in the Aegean Sea — under Russian control, and it provided an opportunity for future Russian military and political presence in the Mediterranean. Beginning in 1771, when the fi rst archipelago islands took an oath to Empress Catherine II, the leaders of the Archipelago expedition endeavored to reform government and taxation, set up a Senate and chancellery, create an autocephalous Orthodox Church, and form an independent Synod. In accordance with the Empress’s wishes, they established a special school for Greek children on the island of Naxos. However, according to the Treaty of Küçük Kaynarca (1774) between Russia and the Ottoman Empire, the Russian fl eet had to leave the Eastern Mediterranean and Archipelago islands. Th e Russians also abandoned a partiallybuilt military base on Paros. Th ese departures stranded the islands’ inhabitants, who for fi ve years had considered themselves ‘subjects’ of the Russian empress. Th e Russian Empire left them only with the possibility of migrating to southern Russia. Catherine the Great’s Mediterranean policy provoked a discussion about the extreme nature of her colonial ambitions in that region. Th is book debunks the theories that ‘the Greek idea’ constituted merely a political game for Russia and that Russian activity on the Aegean islands was only military in nature. At the same time it demonstrates that Catherine II’s colonial ambitions were in fact rather limited compared to those of other contemporaneous powers. Not being able to support a colony in the eastern Mediterranean, Russia dreamed only about establishing a small Russian military base that would be surrounded by liberated self-governed Greek territories under Catherine II’s protection. When the liberated Greek islands became an obstacle to enlarging Russian territory on the Black sea coast, however, they were exchanged primarily for Crimea.

The East Sea is the world’s second busiest sea-lane through which more than half of the world’s super tankers and $5.3 trillion in annual trade pass. In recent years, conflict over maritime boundaries and attempts to unilaterally impose territorial claims have caused tension, threatened regional peace, maritime security and freedom of navigation, and affected the livelihood of thousands of fishermen in their traditional fishing area. Failure to reduce tension and manage conflict may lead to skirmishes and wars. It is important to find ways to peacefully manage conflict and resolve disputes based on international law and diplomacy. The focus of the conference is not on the conflict itself, but on how to manage conflict and resolve disputes without the use of force or threat of use of force, and protect the right of fishermen to continue fishing in their traditional fishing area.

The proceedings include selected and unedited papers of scholars and experts dealing with different aspects of the conference’s focus. This collection of papers provides an easy reference for participants to follow and participate in the discussions at the conference. It is hope that, in its rough draft, it could also be useful to those whose are interested in the East Sea disputes.

Russian Warriors In The Land Of Miltiades And Themistocles: The Colonial Ambitions Of Catherine The Great In The Mediterranean
Smilyanskaya E. Humanities. HUM. Basic Research Programme, 2014. No. WP BRP 55/HUM/2014 .
The Mediterranean policy of Catherine the Great gave rise to a discussion about how extreme her colonial ambitions in the Mediterranean were. This article argues against the theories that ‘the Greek idea’ was only a political game for Russia, that Russian activity on the Aegean islands was only military, and that the success of the Archipelago expedition (1769-1775) was primarily due to foreign support. It shows that Catherine II’s colonial ambitions were in fact rather limited compared to other powers of the period. Russia could not imagine having a colony in the eastern Mediterranean, but planned only a small military base surrounded by liberated self-governed Greek territories under the Catherine II’s protection. When the liberated Greek islands became an obstacle to enlarging Russian territory on the Black sea coast, however, they were exchanged, primarily for Crimea.
Экономические интересы России, Китая и Запада в Средней Азии
Суздальцев А. И., Братерский М. В. В кн.: Материалы V Конвента Российской ассоциации международных исследований. Мировая политика: взгляд из будущего. Т. 5: Будущее стабильности и безопасности в регионе Центральной Азии. М.: МГИМО-Университет, 2009. С. 181-193.
Российско-грузинский кризис (январь-август 2008)
Суздальцев А. И. Вестник аналитики. 2008. № 33(3). С. 37-52.