by year
Subject
News
Mathematics of Natural Choices: The Borda Count and Independence of Irrelevant Alternatives
Eric Maskin spoke at a recent research seminar held by the Centre in which he proposed a modified independence of irrelevant alternatives condition (IIA) and demonstrated that the voting rule satisfies modified IIA, Arrow’s other conditions, and May’s axioms if and only if it is the Borda count, i.e., rank-order voting. Fuad Aleskerov discussed how this affected the collective choice theory, elaborating on various choice models, starting from the Condorcet paradox.
Alcoholism Treatment Is Potentially Effective against COVID-19
A team of chemists from HSE University and the Zelinsky Institute of Organic Chemistry used molecular modelling to find out that two medications that have been known for a long time can be used to fight SARS-CoV-2. One of them is used to treat alcohol addiction, and the other is for cancer.
HSE Scholars to Participate in Creating a New Platform for Russian National Corpus
The Russian Ministry of Education and Science has announced the results of a grant competition for big research projects. One of the winners is a project with HSE University participation: the creation of a next generation computational linguistic platform to digitally record the Russian language.
Publications 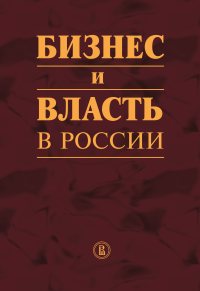 Ключевые проблемы модернизации информационного пространства судебной системы России в условиях реализации Стратегии развития информационного общества
Ниесов В. А. М.: ИНИОН РАН, 2011.
Теоретические основания и перспективы региональной истории
Репина Л. П. Преподаватель XXI век. 2013. № 3. С. 226-273.
Дипак Лал: модернизация без вестернизации
Заостровцев А. П. Ð¦ÐµÐ½ÑÑ Ð¸ÑÑÐ»ÐµÐ´Ð¾Ð²Ð°Ð½Ð¸Ð¹ Ð¼Ð¾Ð´ÐµÑÐ½Ð¸Ð·Ð°ÑÐ¸Ð¸. Ð¡ÐµÑÐ¸Ñ Ð¿ÑÐµÐ¿ÑÐ¸Ð½ÑÐ¾Ð². ÐÐ²ÑÐ¾Ð¿ÐµÐ¹ÑÐºÐ¸Ð¹ ÑÐ½Ð¸Ð²ÐµÑÑÐ¸ÑÐµÑ Ð² Ð¡Ð°Ð½ÐºÑ-ÐÐµÑÐµÑÐ±ÑÑÐ³Ðµ, 2012. â  М-28/12.
Successful aging: a cross-national study of subjective well-being later in life
Zelikova Y. A. Sociology. SOC. Высшая школа экономики, 2013. No. 21.
This paper aims to identify and analyze the life course and contextual factors that influence the subjective well-being (SWB) of individuals over 60 years of age. Our research is based on the results of the 5th wave of the World Value Survey. We have investigated the level of SWB for older people at both the individual and country level. The results of our research demonstrate that the strongest predictors of SWB later in life are satisfaction with one’s financial state, health, and a sense of control, meaning the belief that individuals are in control of their lives. Besides this, the important factors of SWB for older people are the ability to establish and maintain friendly relations with other people, such as family members and friends, and to invest their own resources in positive emotions and important relationships for themselves. Older people from ex-communist countries have the lowest level of SWB. Older people from English-speaking countries, such as the United States, Canada, New Zealand, and the United Kingdom, have, by contrast, the highest level of SWB. These results suggest that the degree of modernization influences SWB levels very strongly. For older people, the country in which they live, the level of democracy, GDP per capita, freedom, and tolerance are very important. In contemporary society, the later period of life is a time for self-realization, new activities, new leisure, and new emotions. If society understands the needs of older people and provides opportunities for their realization, society can overcome the challenges caused by population aging. Only then can we discuss the concept of ‘successful aging’.
The Middle Class in Four Russian Regions: Government Policies and Behavioral Strategies
Urnov M., Sobolev A. S., Soboleva I. V. Association for Slavic, East European, and Eurasion Studies, 2010