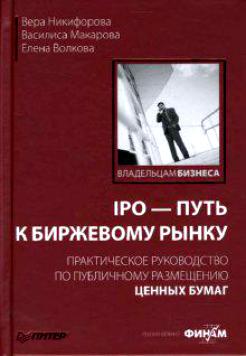 Правовое регулирование минимальной оплаты труда
Орловский Ю. П., Кузнецов Д. Л., Черняева Д. В. Проблемы рынка труда. WP3. Высшая школа экономики, 2013. № WP3/2013/09.
This research is aimed at analyzing the prospects of the Russian minimum wage legislation reform from an international legislative perspective. Authors study historical aspects of conceptual development in the field worldwide, examine the “minimum wage” concept definitions suggested in international treaties and legislative sources of various countries from a comparative viewpoint, suggest a methodology of the minimum wage setting procedures and systemize relevant mechanisms of enforcement. A policy of abstention from the minimum wage setting on the national level has also been studied and the compensatory instruments have been singled out and described. On the basis of the results of this research major trends in the minimum wage regulations in contemporary world have been outlined. A study of the pressing problems of the minimum wage legal regulation in the Russian Federation and of the suggestions for its further development are given in a separate section of this paper.
Could Emotional Markers in Twitter Posts Add Information to the Stock Market Armax-Garch Model
Porshnev A., Lakshina V. V., Редькин И. Е. Financial Economics. FE. Высшая школа экономики, 2016. No. WP BRP 54/FE/2016.
In our paper, we analyze the possibility of improving the prediction of stock market indicators by adding information about public mood derived from Twitter posts. To estimate public mood, we analyzed the frequencies of 175 emotional markers — words, emoticons, acronyms and abbreviations — in more than two billion tweets collected via Twitter API over the period from 13.02.2013 to 22.04.2015. We found that, from 17 emotional markers frequencies with established Granger causality, six provide additional information for the baseline ARMAX-GARCH model according to Bayesian information criteria for the in-sample period of 421 days, and two emotional markers improve directional accuracy and a decrease in the mean-squared error of the model. Our analysis reveals several groups of emotional markers, such as general and specific, direct and indirect, which relate differently to the dynamics of returns
Formation of Credit Rating Agency Regulation in Russia
Selivanovskiy A. Law. LAW. Высшая школа экономики, 2016
This Working Paper is dedicated to the new system of legal regulation of credit rating agency (hereinafter “CRA”) activity in Russia. The main focus of the new rules is administrative regulation and rigid control of procedural issues by the Russian mega-regulator for financial markets. The author criticizes current legislation and argues that such rules will obstruct CRA activity and adversely affect protection of investors’ and creditors’ rights, and will ultimately lead to an increase in transaction costs. It is necessary to continue work on CRA regulation in order to develop effective mechanisms to ensure a balance of interests among parties to the credit rating contract, and ensure that investors and the regulator take into account not only legal, but also economic, managerial, organizational and a number of other issues. Regulation of CRA focused only on rigid control of procedural issues by the Bank of Russia will not lead to the desired result. CRA regulation should instead be "delicate and fine."
Типичные IR-проблемы на рынке акций и облигаций
Матовников М. Ю. В кн.: Организация отношений с инвесторами: российская и зарубежная практика. М.: Альпина Паблишерз, 2010. Гл. 14. С. 170-188.
Уголовно-правовое регулирование рынка ценных бумаг: монография
Савюк Л. К., Рябова А. Ю. М.: Юрлитинформ, 2014.

IPO of Russian Banks: the Crisis Effect on the Market Value of the Stocks
Balkovskaya D., Stulova N. International Journal of Business and Social Science. 2012. Vol. 3. No. 1. P. 59-65.

The process of the IPO of banks in Russia is its infancy but the rapid growth is forecasted. This context raises the issue of the factors determining the floated banks stock value. The results of the research on 2007-2009 Russian data showed that the bank stock price is dependent on the macroeconomic indicators (such as the oil prices and the Dow Jones index volatility) and the some banking system indicators(the interbank interest rate, the bank’s ROA, and ROE). However, the results adjusted to the global financial crisis effect proved to exclude the ROE factor and showed the dependence of the stocks prices of the floated banks from the historic trend of the American economy. The models developed are of  the practical application and can be used by the institutional as well as the private investors.