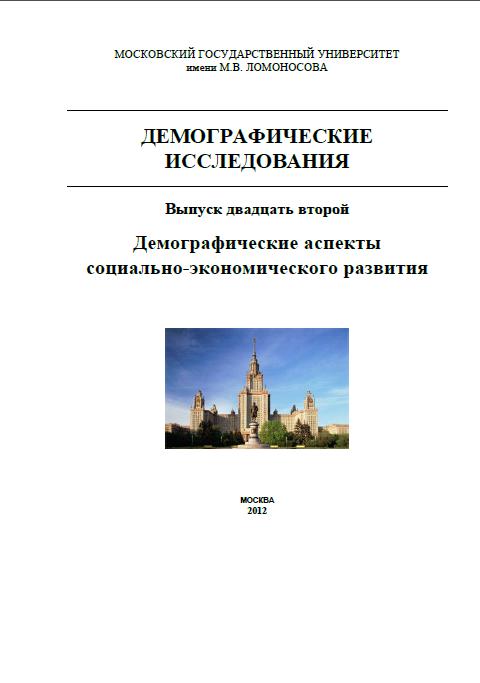 The paper summarizes the principal trends and outcomes of coping research in psychology and presents the results of 3 studies (N=590) aimed at Russian-language adaptation of the COPE inventory (Carver, Scheier, Weintraub, 1989). The results indicate the reliability and structural, convergent, and discriminant validity of the inventory. The structure of the test was supported by confirmatory factor analysis. Coping strategies showed predictable associations with subjective well-being, self-regulation, and personality resource indicators. Gender and age differences in self-reported coping strategy use are presented. Specific coping strategies were associated with academic performance, self-regulation effectiveness, and psychological well-being in people with disabilities.

Trust as a Factor of Subjective Life Satisfaction
Mironova A. A. Psychology. PSY. Высшая школа экономики, 2015. No. WP BRP 42/PSY/2015 .
This paper analyses the relation between trust as the element of social capital and individual subjective life satisfaction. It answers the question of whether trustful people are happier than suspicious people. Using the concept of social capital, we consider three main types of trust: general, institutional and social. The article estimates the level of trust in Russia using data from value research in two federal districts in Russia. This research was conducted by the Centre for Comparative Social Research in summer 2012. The main hypothesis, that there a positive relationship between the level of trust and subjective life satisfaction, was tested using the method of structural equation modelling
Вклад личностного потенциала в академические достижения
Гордеева Т. О., Леонтьев Д. А., Осин Е. Н. В кн.: Личностный потенциал: структура и диагностика. М.: Смысл, 2011. С. 642-668.
Successful aging: a cross-national study of subjective well-being later in life
Zelikova Y. A. Sociology. SOC. Высшая школа экономики, 2013. No. 21.
This paper aims to identify and analyze the life course and contextual factors that influence the subjective well-being (SWB) of individuals over 60 years of age. Our research is based on the results of the 5th wave of the World Value Survey. We have investigated the level of SWB for older people at both the individual and country level. The results of our research demonstrate that the strongest predictors of SWB later in life are satisfaction with one’s financial state, health, and a sense of control, meaning the belief that individuals are in control of their lives. Besides this, the important factors of SWB for older people are the ability to establish and maintain friendly relations with other people, such as family members and friends, and to invest their own resources in positive emotions and important relationships for themselves. Older people from ex-communist countries have the lowest level of SWB. Older people from English-speaking countries, such as the United States, Canada, New Zealand, and the United Kingdom, have, by contrast, the highest level of SWB. These results suggest that the degree of modernization influences SWB levels very strongly. For older people, the country in which they live, the level of democracy, GDP per capita, freedom, and tolerance are very important. In contemporary society, the later period of life is a time for self-realization, new activities, new leisure, and new emotions. If society understands the needs of older people and provides opportunities for their realization, society can overcome the challenges caused by population aging. Only then can we discuss the concept of ‘successful aging’.
Позитивное мышление как фактор учебных достижений старшеклассников
Гордеева Т. О., Осин Е. Н. Вопросы психологии. 2010. № 1. С. 24-33.
Демографические тенденции в Европейском Союзе
Щербакова Е. М. В кн.: Население России 2008: Шестнадцатый ежегодный демографический доклад. М.: Издательский дом ГУ-ВШЭ, 2010. С. 296-349.
Представления о счастливой и осмысленной жизни: связаны ли они с психологическим благополучием?
Кузнецова С. С., Осин Е. Н. В кн.: Парадигма: философско-культурологический альманах. Вып. 19. СПб.: Санкт-Петербургский государственный университет, 2012. С. 179-188.
Сколько стоит человеческий капитал России?
Капелюшников Р. И. Проблемы рынка труда. WP3. Высшая школа экономики, 2012. № 06.
Влияние демографической ситуации на пенсионную реформу России
Кузина Е. Ю. Вестник Чувашского университета. 2010. № 4. С. 380-384.