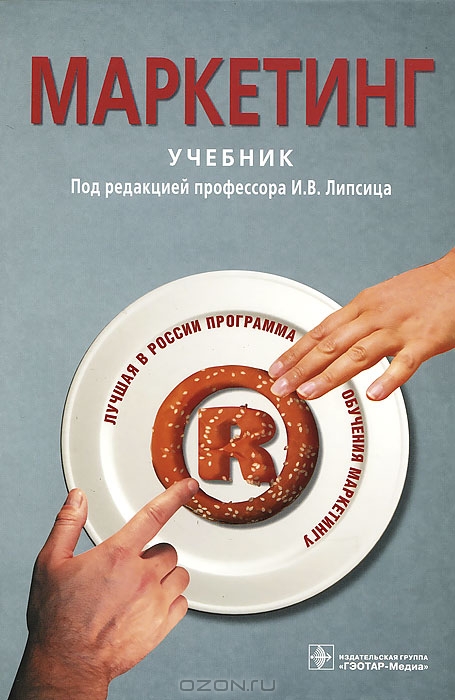 We were motivated for this study in course of conducting empirical research on Russian companies. During the pre-crisis (2008) and post-crisit (2010) period we have conducted two empirical studies on Russian companies, aiming to assess their strategies capabilities and orientations. When working with the data from the studies we have discovered that there is a trend, confirmed by our results, that the theory on customer orientation seem to be not fully confirmed on results received from Russian businesses. Additionally we had insights from in-depth interviews with companies, operating in Russia, conducted in 2009 and aiming at assessing the role customer orientation in Russian firms. The results of the qualitative study have supported our insights. This paper aims to sum up our findings and set agenda for further research on customer orientation in Russia and potentiall in other transition economies.

Business English II: учебно-методическое пособие по деловому английскому языку
Gridneva N. N. St. Petersburg: OOP, 2011.
This study guide, being a logical continuation of the book by N.Gridneva and S.Solntsev ‘Business English’, is for the students of non-linguistic departments who study Business English. Its structure consists of several sections including a text on one of the five topics, a series of pre- and after-reading tasks on its understanding, and also a range of various vocabulary and grammar exercises. This book helps students work on the topics more profoundly either in class or all by themselves. Besides, it can be also useful for all people studying Business English.
The Model of Contemporary Marketing Practices (CMP) in the Russian Market: Evidence from Empirical Research
Vera A. Rebiazina, Olga A. Tretyak. Management. MAN. Высшая школа экономики, 2014. No. WP BRP 21/MAN/2014.
Previous research has shown that emerging markets represent a significant part of the world economy and are expanding their share. However, they are still not well examined in the marketing field. Russia is especially neglected in the academic discussion of overall marketing strategy. Previous research indicates that the model of “Contemporary marketing practices” (CMP) is commonly used as a classification scheme of marketing practices both in developed and developing markets. This article examines how “Contemporary marketing practices” (CMP) works in Russia and tests the CMP model in the Russian market to reveal what types of marketing practices (transactional marketing, database marketing, interactive marketing, network marketing and relationship marketing) are most often used by Russian companies. The article is based on a quantitative study of 329 Russian companies and includes a cluster analysis that shows that types of marketing practices are common for the Russian market. Empirical results of cluster analysis shows that basic marketing practices are widely found in emerging Russian market though their characteristics differ dramatically from those on developed markets.
GAMIFICATION TOOLS AND PRACTICIES OF RUSSIAN COMPANIES
Morozova A. I., Rozhkov A. Management. MAN. Высшая школа экономики, 2017
In this paper we explore the concept of gamification and its business applications in the Russian companies. Gamification has been introduced in 2003 and since that time it has acquired a wide recognition as an efficient tool to enhance front-office and back-office business processes increasing performance and boosting engagement of the participants. Gamification refers to the use of game elements and designs in non-game environments. As a result customers and employees involved stay more focused and motivated to accomplish the chosen goal. We explore gamification practices of the Russian companies including application areas, funding and perceived efficiency of these initiatives. As the result we outline four groups of practices observed on the market.