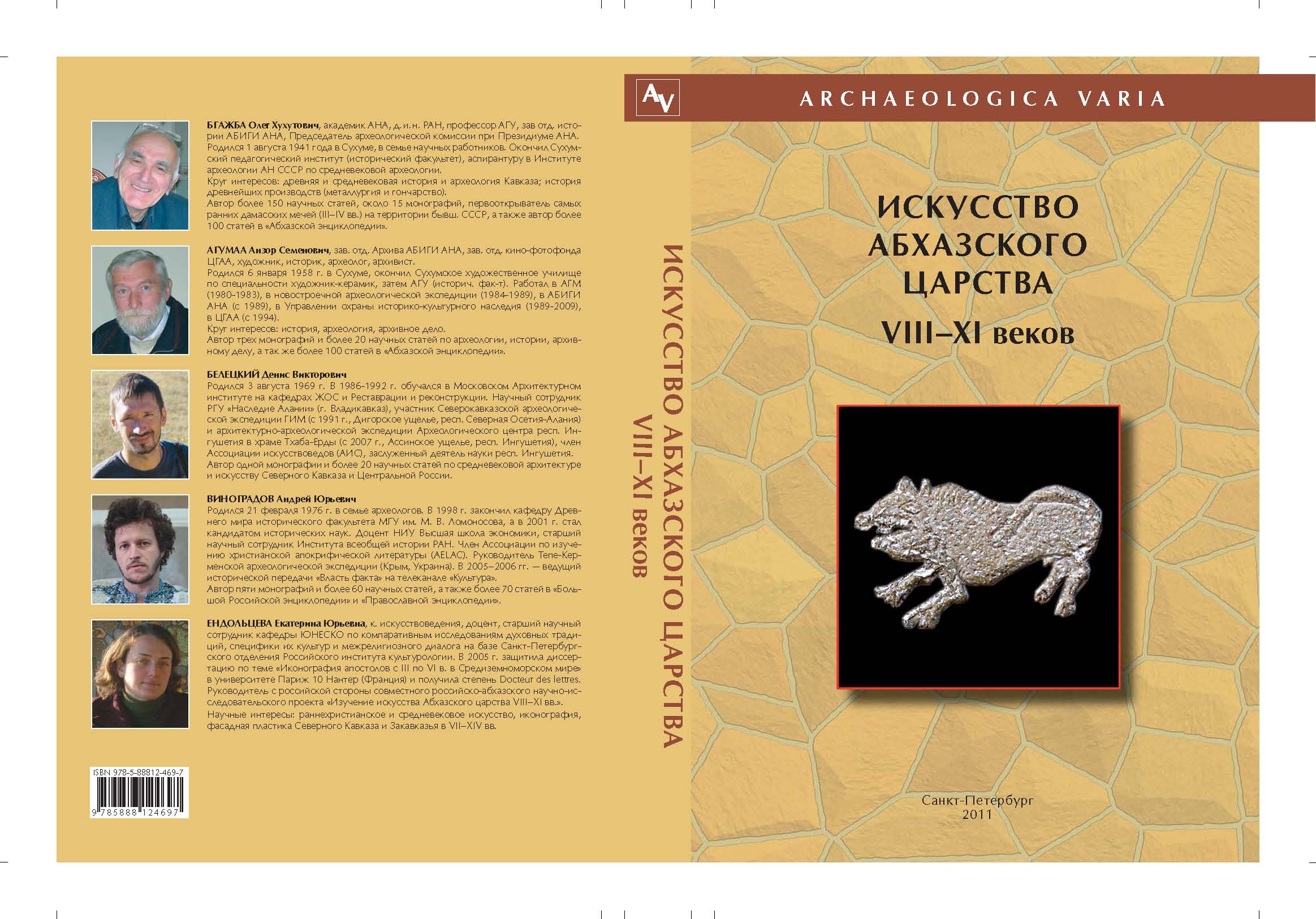 The Apostle Andrew, which the New Testament mentions very sparingly, appears in the Acta Andreæ (2  half. II  c.) as a preacher of encratism, but in the Byzantine era these acts have been revised by removing the “heresy” and served as a statement of the cult of the apostle in Patras in the Peloponnese. In addition, the mention of Byzantion has been interpreted afterwards as the foundation of Constantinopolitan siege and updated by metropolitan legends. Andrew is also a hero of the apocryphal acts which show him together with the other apostles. Among these quite fantastic narratives, one must mention the Acts of Andrew and Matthias (beginning of the IV  c.). The action takes place along the southern Black Sea coast. Particular data from all these sources were compiled from the VI  c. in the so-called lists of the Apostles, and they in turn inﬂ uenced Epiphanius the Monk, who wrote in 815-843 The Life of Andrew – a very singular text in the tradition of Apostles’ stories. This life, where the Apostle acts in the boundaries of the Byzantine Empire of IX  c., gave rise to a number of revisions in the IX-XI  cc. (Nicetas Paphlagonian, Simeon Metaphrastes, etc.), but also inﬂ uenced the formation of the legends about Andrew’s preaching in Georgia and Russia. From the preacher of encratism he was at ﬁ rst, Andrew became the Apostle of Byzantium and its world.

The author considers the essence of religious crimes, their classification system and principles as well as the general character of religious delicts in the criminal law of Russia of the end of the XIXth - the beginning of the XXth century.

The Mysterious Seal Of Alexios Komnenos From Tamatarch
Chkhaidze V., Denis K., Vinogradov A. Humanities. HUM. Basic Research Programme, 2014. No. WP BRP 57/HUM/2014.
This research concerns the unique seal of a Byzantine aristocrat named Alexios Komnenos found in Tamatarcha (modern Taman’), which has only one parallel from Trebizond. The authors explain the meaning of images on the seal (the resurrection on its obverse and St George leading a warrior by the hand on its reverse) as an ideological program of the restoration of Byzantine power over Jerusalem. The warrior representing Alexios Komnenos is identified not as Alexios I Great Komenos of Trebizond (as usual), but as Alexios, son of the Emperor John II Komnenos, and the seal is re-dated from 13th to 12th century. Its find on the Taman’ peninsula corresponds with Byzantine political activity in this region.
Суеверие и народное религиозное вольнодумство в России XVIII в.
Смилянская Е. Б. В кн.: Труды Историко-архивного института. Т. 38. М.: РГГУ, 2011. С. 259-294.
Эпиграфика. Надписи с Анакопийской горы
Виноградов А. Ю. В кн.: Искусство Абхазского царства VIII-XI веков. Христианские памятники Анакопийской крепости. СПб.: Издательство РХГА, 2011. С. 209-224.
A Provocative Event, Media, and Religious Choice: The Pussy Riot Case as a Natural Experiment
Skorobogatov A. Economics/EC. WP BRP. Высшая школа экономики, 2014. No. WP BRP 59/EC/2014.
This paper uses the famous events related to Pussy Riot as a natural experiment to examine the effect of alternative media on church membership. A differences-in-differences strategy is used to explore the effect in question. The hypothesis is that, given a lack of religious background on the majority of the population and strong temporal interest in religious issues promoted by some provocative event, mass media can substantially affect religious choice. To check if this is the case, we compare the dynamics of religious choice of those exposed to alternative media reports on church topics and the rest of the people. As a proxy of familiarity with an alternative view, we use a dummy variable for using Internet. Our main result is that, during the experiment run over the year 2012, the growth of self-reported Orthodox and strict Orthodox believers was significantly lower in the treatment group than in the control group. Exposure to alternative media coverage turned out to heavily affect religious choice.