Downshifting as a reaction to incongruence: coping with anxiety 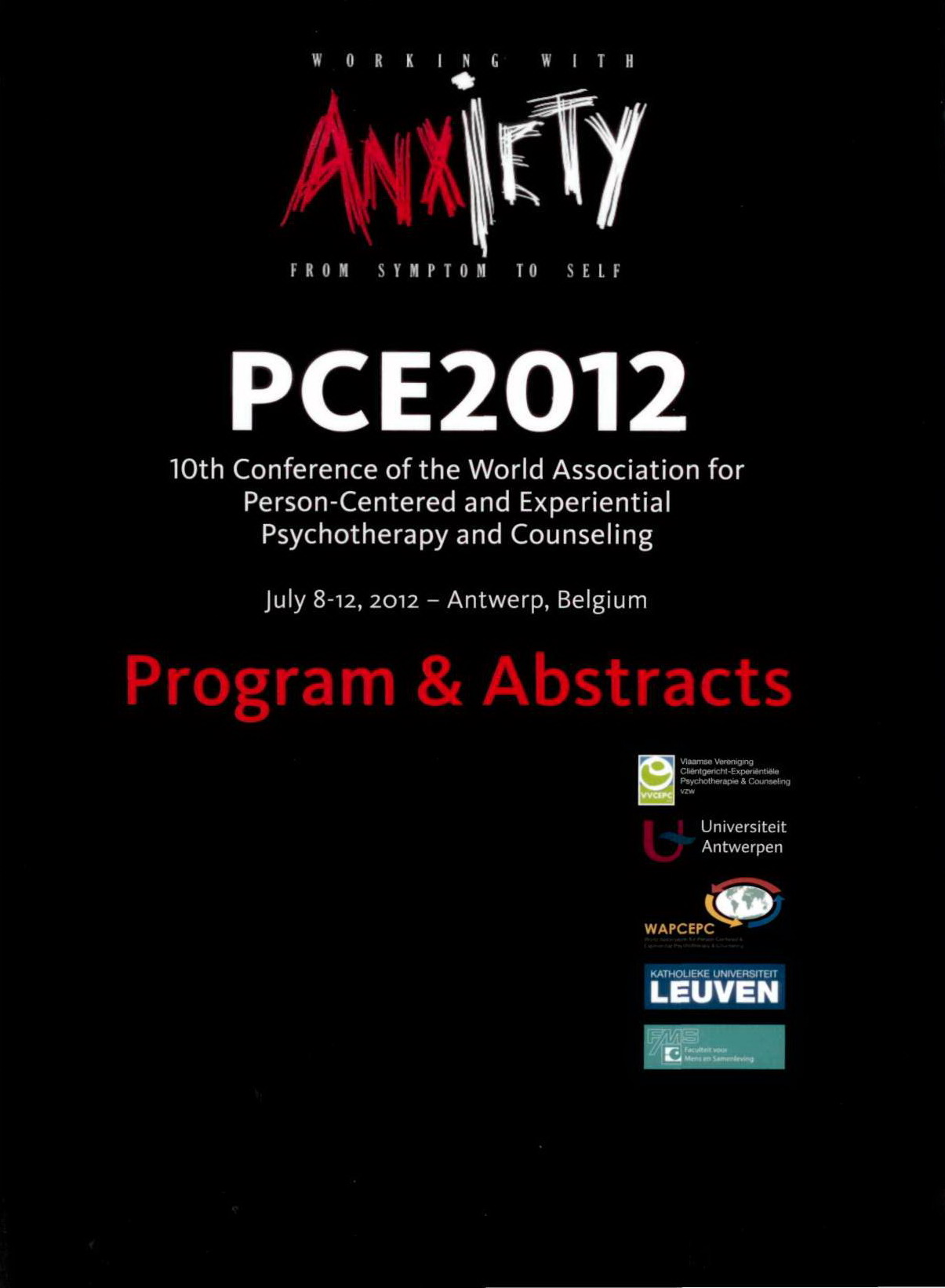 Covid-19 vaccine efficacy and Russian public support for anti-pandemic measures
Borisova E., Ivanov D. BOFIT Discussion Papers. DP. Bank of Finland Institute for Economies in Transition, 2021. No. 9.
The Phenomenology of Anxiety in the Process of Client-centered Psychotherapy
Orlov A. B. In bk.: 10th Conference of the World Association for Person-Centered and Expiriental Psychotherapy and Counseling. July 8-12, 2012 – Antwerp, Belgium. Antwerpen: Universiteit Antwerpen, 2012. P. 117-117.
Anxiety is a state of uncertainty, unpredictability and ignorance. That's why its important phenomenological manifestation is invisibility (opacity). The inner world of the client experiencing anxiety - the world of twilight, viewed only in part, including darkened areas in which lurk unseen threats. According to the trialogue interpretation of psychotherapeutic process (Orlov, 2001; Orlov, Orlova, 2012), the interaction of the therapist and the client begins from the form of emlogic contact, one consequence of which is the primary "enlightenment" of the inner world of the client. The next level of therapeutic interaction involves the establishment of empathic contact, which displays, exhibits the unity of the rational and emotional components of the inner world of the client. Evolution of the therapeutic interaction leads to emphilic contact, where a valued client’s attitude towards the excluded or distorted regions of his own inner world (experience) are facilitated. Increased self-acceptance is leading to further integration of the subjectivity of the client. So, phenomenologically client-centered therapy leads to the gradual illumination of the subjectivity of the client.
Downshifting as a way of Self-actualization
Paukova A. In bk.: Anaıs do XII forum ınternacıonal da abordagem centrada na pessoa e do X forum brasıleıro da abordagem centrada na pessoa: Desdobramentos contemporâneos do pensamento de Carl Rogers. Cumbuco: Universidad de Fortaleza, 2013. P. 23-24.

Downshifting phenomenon is regarded as a process of inner choice between two options of personal actualization: personalization and personification. Cultural and social background of such choice is described historically. Some aspects of psychological dynamics of choice are illustrated by examples of different downshifting strategies.

It is shown, that in existential psychology two orientations are possible to distinguish – ontological and personalistical – according to different attitude to the relationship of essence and existence. The difference between orientations at a level of the philosophical background, psychological concepts, psychotherapeutical practice are considered, and the contribution of personalistical orientation into development of methodology of existential psychotherapy is emphasized.

The Role of Personality Traits In Choosing of Coping Strategies In An Organizational Conflict
Hachaturova M. R. World Academy of Science, Engineering and Technology. 2010. No. 66. P. 1347-1348.