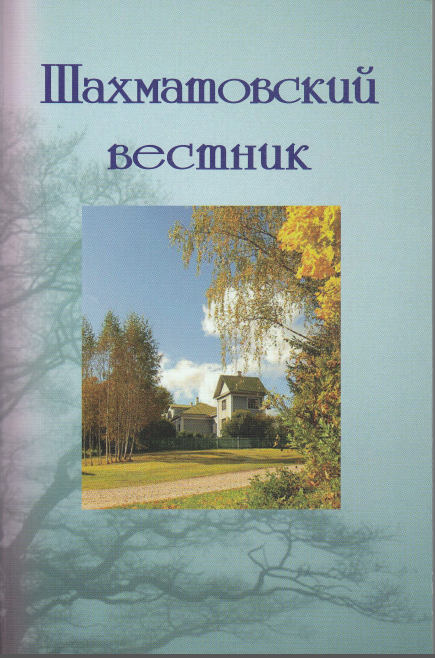 Шахматовский вестник
Edited by: И. С. Приходько Вып. 12: Биография как источник и контекст творчества А. Блока. М.: ИМЛИ РАН, 2011.
Similar publications
Translator and Language Change: On J.R.R. Tolkien’s Translation of "Sir Gawain and the Green Knight"
Volkonskaya M. A. Literary Studies. WP BRP. Высшая школа экономики, 2015. No. WP BRP 10/LS/2015 .
Sir Gawain and the Green Knight, an English poem written in the latter half of the 14th century, constitutes an important part of Tolkien’s life as a scholar and translator. The complex language of the poem attracted his attention from the moment Tolkien first encountered it as the Gawain-poet used some native words that were characteristic of Old and Middle English alliterative poetry. On the other hand, more than one third of his vocabulary is not derived from Old English: approximately one tenth of a total of 2650 words has Scandinavian etymologies (although at the time they were no longer considered borrowings, but rather northern dialect words) and about a third is of French origin. In his translation of the poem, Tolkien was primarily interested in special verse words, which resulted in his use of archaic diction such as capadoce ‘a short cape’ or carl ‘man’. However, this study focuses on the second important feature of the vocabulary of the poem: the combination of French and dialect (Scandinavian) words, which are not distributed evenly in the original text. As the author uses the stylistic contrasts between borrowed and native words; he carefully loads some of his lines with French loanwords while others are devoid of them. This paper discusses the stylistic effect thus created by the Gawain-poet and whether Tolkien managed to preserve it in his translation
Test 4
Лаврова А. А. В кн.: Сборник тестов для подготовки к олимпиаде школьников по английскому языку. Вып. 10. Н. Новгород: Нижегородский государственный лингвистический университет им. Н.А. Добролюбова, 2006. С. 16-21.
Rainer Maria Rilke und Russland: Erfahrung der Kulturuebersetzung
Vasilyev G. V. In bk.: Ueber(ge)setzt. Spuren zur Oesterreichischen Literatur im fremdsprachigen Kontext. Wien: Praesens Verlag, 2010. P. 47-54.

The verbless subjunctive in Russian
Dobrushina N. Humanities. HUM. Basic Research Programme, 2013. No. 32/HUM/2013.
The Russian subjunctive particle by can be used in constructions that lack any finite verb form, including constructions involving infinitives, predicative adverbs or adjectives, and nouns. The properties of these constructions are compared, and a conclusion is made that verbless subjunctives share a common semantic component, namely a wish or necessity. A survey of the development of subjunctive verbless constructions with predicative adverbs and adjectives shows that the evolution of the optative meaning took place during the last two centuries.
Frequency dictionary of inflectional paradigms: core Russian vocabulary
Lyashevskaya O. Humanities. HUM. Basic Research Programme, 2013
A new kind of frequency dictionary is a valuable reference for researchers and learners of Russian. It shows the grammatical profiles of nouns, adjectives and verbs, namely, the distribution of grammatical forms in the inflectional paradigm. The dictionary is based on data from the Russian National Corpus (RNC) and covers a core vocabulary (5000 most frequently used lexemes). Russian is a morphologically rich language: its noun paradigms harbor two dozen case & number forms and verb paradigms include up to 160 grammatical forms. The dictionary departs from traditional frequency lexicography in several ways: 1) word forms are arranged in paradigms, and their frequencies can be compared and ranked; 2) the dictionary is focused on the grammatical profiles of individual lexemes rather than on overall distribution of grammatical features (e.g. the fact that Future forms are used less frequently than Past forms); 3) grammatical profiles of lexical units can be compared against the mean scores of their lexico-semantic class; 4) in each part of speech or semantic class, lexemes with certain biases in grammatical profile can be easily detected (e.g. verbs used mostly in Imperative, in Past neutral, or nouns used often in plural); 5) the distribution of homonymous word forms and grammatical variants can be followed in time and within certain genres and registers. The dictionary will be a source for research in the field of Russian grammar, paradigm structure, form acquisition, grammatical semantics, as well as variation of grammatical forms. The main challenge for this initiative is the intra-paradigm and inter-paradigm homonymy of word forms in corpus data. Manual disambiguation is accurate but covers ca. 5 million words in the RNC, so the data may be sparse and possibly unreliable. Automatic disambiguation yields slightly worse results, however, a larger corpus shows more reliable data for rare word forms. A user can switch between a ‛basicʼ version which is based on a smaller collection of manually disambiguated texts, and an ‛expandedʼ version which is based on the main corpus, the newspaper corpus, the corpus of poetry and the spoken corpus (320 million words in total). The article addresses some general issues such as establishing the common basis of comparison, a level of granularity of grammatical profile, units of measurement. We suggest certain solutions related to the selection of data, corpus data processing and maintaining the online version of the frequency dictionary.
Тема природы в поэзии Энн Бронте
Плякина Е. А. Вестник Вятского государственного гуманитарного университета. Серия: Филология и искусствоведение. 2012. Т. 1 (2). С. 128-131.
The representation of nature in Anne Bronte’s poetry, viewed as an indispensible part of her artistic world, is considered within the traditions of a lyrical diary. The sources of Anne Bronte’s poetry can be traced back to English romantic poetry and in particular to the heritage of W. Wordsworth.
Сборник тестов для подготовки к олимпиаде школьников по английскому языку
Edited by: А. А. Лаврова, Е. И. Чернышова Вып. 10. Н. Новгород: Нижегородский государственный лингвистический университет им. Н.А. Добролюбова, 2006.
Особенности прозаического перевода одной из народных баллад англо – шотландского цикла
Бердникова Д. В. Вестник Московского университета. Серия 22: Теория перевода. 2011. № 2. С. 46-58.
Давыдов Зиновий. Ветер: Стихотворения
М.: Водолей, 2011.
Способы действия русского глагола как результат естественной классификации
Горбов А. А. В кн.: Проблемы функциональной грамматики: Принцип естественной классификации. М.: Языки славянских культур, 2013. С. 365-387.
Овладение навыками перевода: учебно-методическое пособие к учебнику "Total English Upper Intermediate"
Барановская Т. А., Васильева И. Б., Захарова Л. А. и др. М.: Спутник+, 2010.
Специфика употребления немецкого молодежного языка в сети Интернет
Россихина М. Ю., Цыганкова О. С. Вестник Брянского государственного университета. 2012. № 2(2). С. 306-310.

The article deals with the German youth language characteristic for Internet sites. The research is carried out on the material of German-speaking web resources: forums, chats, social networks, entertaining and game portals. Youth net-work lexicon is divided into some thematic groups, its peculiar features are analyzed.