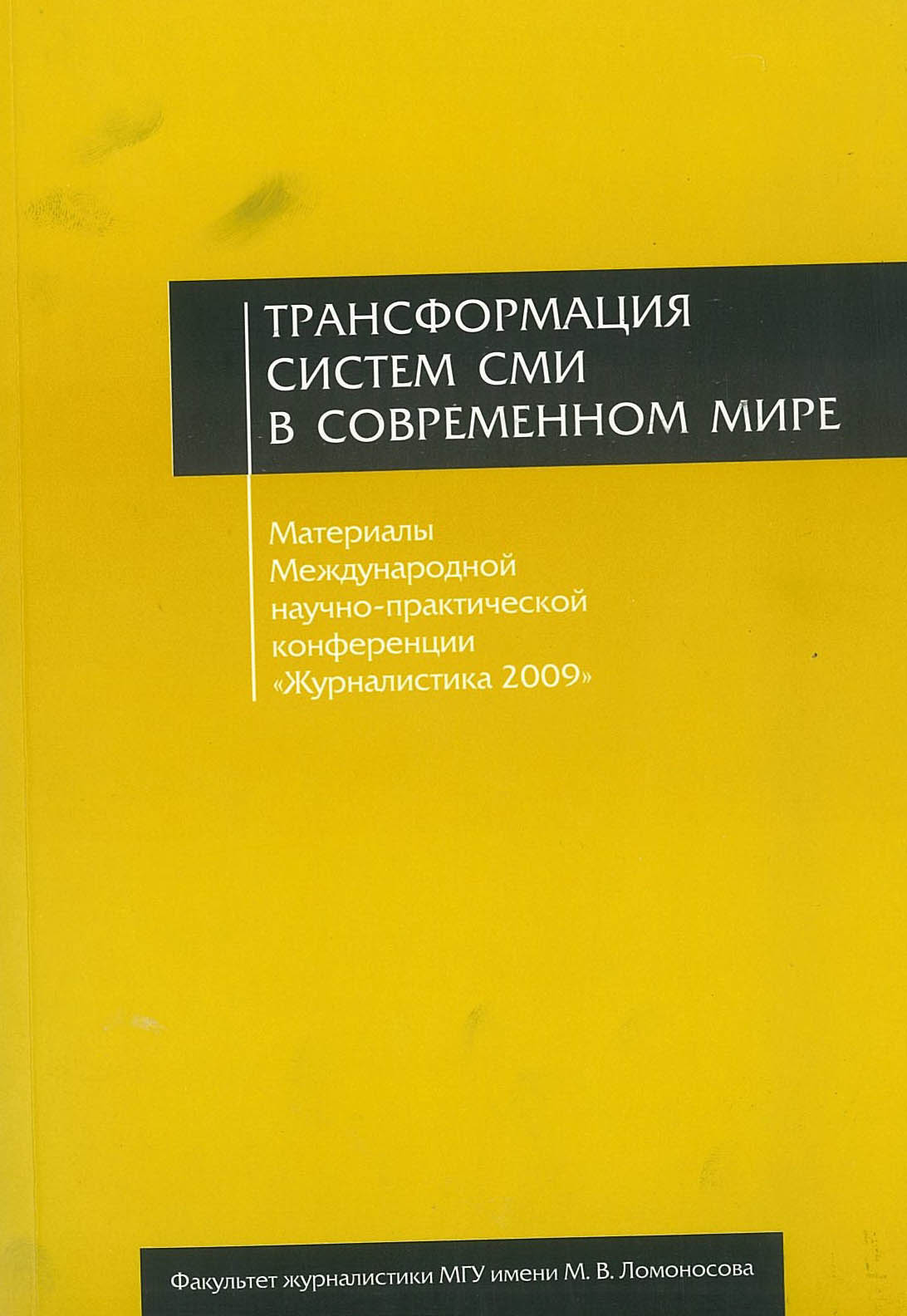 Развитие сети науки и образования г. Пущино
Исаев Е. А., Думский Д. В., Зайцев А. Ю. и др. Препринт ФИАН. Физический институт имени П.Н. Лебедева Российской Академии Наук, 2010. № 8.
Телевидение и театр: пересечения закономерностей
Новикова А. А. М.: Эдиториал УРСС, 2004.
Отечественный телевизионный рынок: возникновение, становление и тенденции развития
Васильев С. А. Мир России: Социология, этнология. 1997. Т. 6. № 1. С. 3-28.
Representations of the Police in Contemporary Russian Police TV Series
Khitrov A. Humanities. HUM. Basic Research Programme, 2014. No. 41.
Studies of representations of the police are important because they affect what people think about the police as an organization, what people expect from day-to-day interactions with police officers, and how police officers themselves work in the media-saturated context of contemporary Western societies. This study is based on an approach, which does not strictly separate studies of the police as an organization from studies of how the police are represented. In this paper, I formulate a methodological framework for analysing representations of societal and state institutions in TV series, and I use this framework to then answer the question of how the police are represented in contemporary police TV series in Russia. This paper based on a single-case semiotic study of a popular Russian TV series called Glukhar’. I consider the show’s social and cultural contexts as well as its symbolic structures, such as visual and audial elements and its narrative. I develop a narrative model of the show, argue that the most prominent motif of the show is justification of the police’s illegal actions, and finally build a typology of these justifications. I propose a detailed analysis of two types of justifications and ultimately conclude that the TV show represents the police estranged from the state but not from society. Finally, I argue that my methodological framework can be applied to other TV series in studies, which address representations of societal and state institutions.
Approaches to Defining and Measuring Russia’S Internet Economy
Abdrakhmanova G., Kovaleva G. G., Plaksin S. Science, Technology and Innovation. WP BRP. Высшая школа экономики, 2016. No. WP BRP 61/STI/2016 .
Our study object is the Russian Internet economy, i.e. economic activities of companies relying on the Russian-language segment of the World Wide Web. The purpose of this study is to classify businesses engaged in the national Internet economy and measure its size (as a share of GDP) using official statistics. The analysis of international approaches used for such studies allowed us to classify these according to the following criteria: the direct impact of the Internet on the economy, indirect economic impact of the Internet, and its indirect impact on the social sphere. To assess the size of the Russian Internet economy we used the approaches applied by international organizations (OECD, BCG, McKinsey) for the analysis of the direct impact of the Internet on the economy [BCG (2014), McKinsey (2011), OECD (2014), etc.]. The authors singled out three sectors within the Internet economy: the sector of ICT infrastructure and its maintenance; the sector of companies doing business purely on the Internet, and the sector of companies combining an online and offline business. To assess the share of the Internet economy in GDP using the production approach we first defined the above sectors in accordance with All-Russian Classification of Economic Activities (OKVED) Rev. 1.1 and subsequently calculated gross value added (GVA) for each sector. For this purpose, the GVA data calculated by Federal Service of State Statistics (Rosstat) was disaggregated while the share of the GVA contributed by the third sector companies (i.e. combining an online and offline business) was assessed using the results of special surveys and Rosstat data. To measure the size of the Internet economy using the expenditure approach we focused on consumer spending on goods bought through the Internet, ICT equipment and Internet access as well as institutions’ expenditure for ICT equipment, fixed capital investment of enterprises engaged in Internet activities, public sector ICT spending, net exports of ICT goods and services. According to our estimates obtained by two methods such as the production approach and expenditure approach, the share of the Internet economy in GDP in 2014 amounted to 2.7 and 2.6%, respectively. Future studies would require a more detailed definition and description of the Internet-related economic activities on the basis of OKVED2 with subsequent calculation of GVA for appropriate companies as well as development of statistical tools for collecting data on household spending
Сетевые технологии и революционный процесс
Исаев Л. М. В кн.: Рецепты Арабской весны: русская версия. М.: Алгоритм, 2012. Гл. 7. С. 135-141.
Мифы о советских ценностях на современном российском телевидении
Новикова А. А. В кн.: Теория художественной культуры. Выпуск 14. Вып. 14. М.: Государственный институт искусствознания, 2012. С. 340-358.
Труды НИИР (сборник научных статей)
Вып. 1. М.: НИИР, 2010.
История отечественного телевидения: Взгляд исследователей и практиков
Edited by: Г. А. Шевелев М.: Аспект Пресс, 2012.
Первые годы телевидения в Восточной Сибири
Шестопалова Е. В. Литера. Вестник факультета филологии и журналистики Иркутского государственного университета. 2005. № 2. С. 138-141.
Место и роль Интернета в становлении информационного общества
Макатов З. В. В кн.: Информационное общество (философские проблемы). М.: Московский государственный институт электроники и математики, 2011. Гл. 4. С. 92-106.