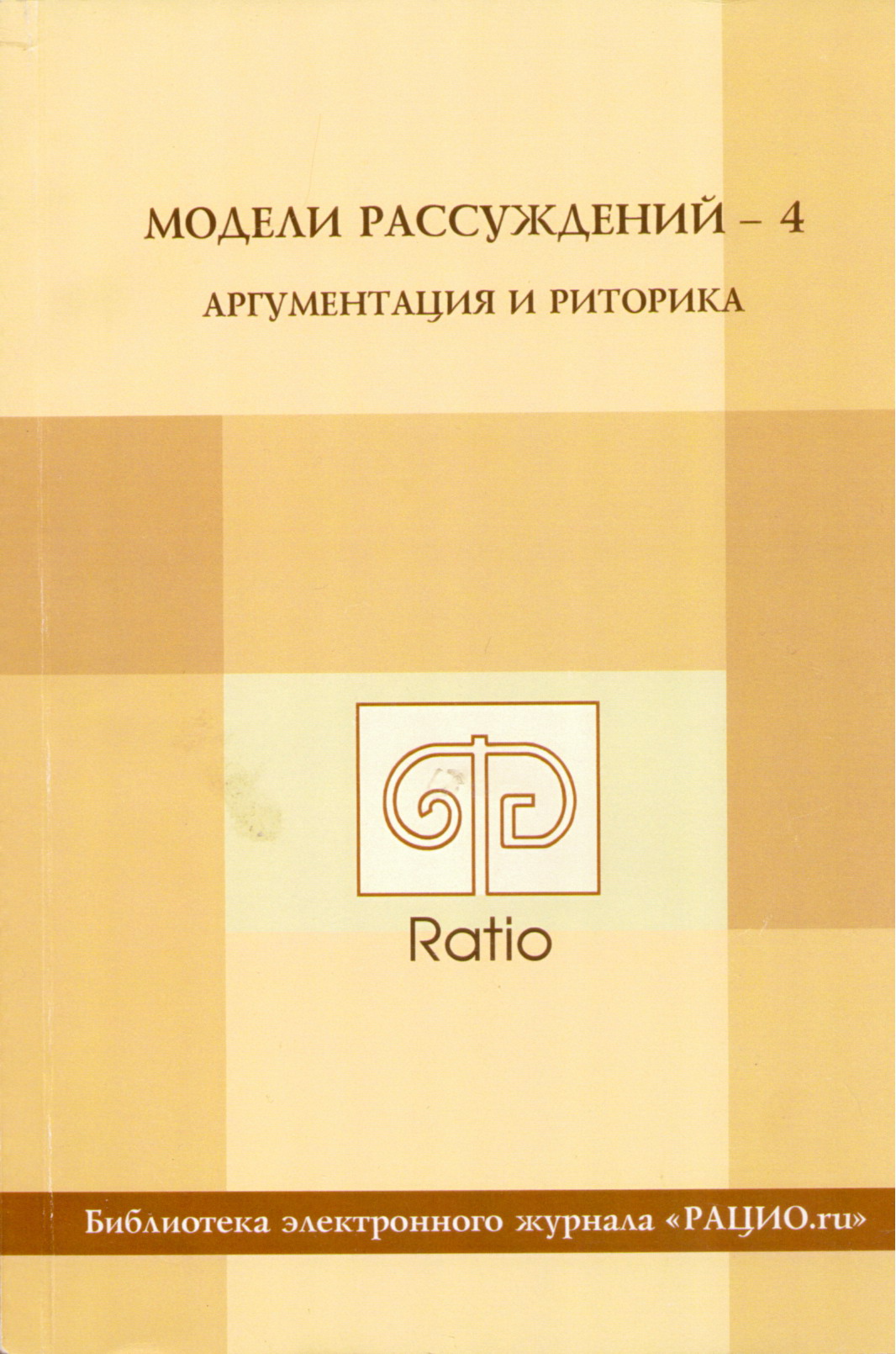 Evolution of informational technologies in 21st century opens a door for a new form of both governance and political struggle. What is technology today, what influence does it have on society, why and how did mental and material changes interlace - these issues are considered in the article.

Proceedings of the 19th Amsterdam Colloquium
Edited by: M. Alone, M. Franke, F. Roelofsen. Amsterdam: 2013.
Аргументация: проблема дефиниции
Крючкова С. Е. В кн.: Актуальные проблемы познания социальной реальности. М.: Янус-К, 2011. С. 70-88.
Законодательная дефиниция: логико-гносеологические, политико-юридические, морально-психологические и практические проблемы: Материалы Международного «круглого стола» (Черновцы, 21–23 сентября 2006 г.)
Н. Новгород: Нижегородский исследовательский научно-прикладной центр "Юридическая техника", 2007.
Тождество, истина и парадокс анализа
Горбатов В. В. В кн.: Язык философии: традиции и новации. Материалы межвузовской конференции Москва, 7–8 декабря 2010 г.. М.: РГГУ, 2010. С. 34-41.
Reflection calculus and conservativity spectra
Beklemishev L. D. math. arxive. Cornell University, 2017
Strictly positive logics recently attracted attention both in the description logic and in the provability logic communities for their combination of efficiency and sufficient expressivity. The language of Reflection Calculus RC consists of implications between formulas built up from propositional variables and constant `true' using only conjunction and diamond modalities which are interpreted in Peano arithmetic as restricted uniform reflection principles. We extend the language of RC by another series of modalities representing the operators associating with a given arithmetical theory T its fragment axiomatized by all theorems of T of arithmetical complexity Π0n, for all n>0. We note that such operators, in a precise sense, cannot be represented in the full language of modal logic. We formulate a formal system RC∇ extending RC that is sound and, as we conjecture, complete under this interpretation. We show that in this system one is able to express iterations of reflection principles up to any ordinal <ϵ0. On the other hand, we provide normal forms for its variable-free fragment. Thereby, the variable-free fragment is shown to be decidable and complete w.r.t. its natural arithmetical semantics. Whereas the normal forms for the variable-free formulas of RC correspond in a unique way to ordinals below ϵ0, the normal forms of RC∇ are more general. It turns out that they are related in a canonical way to the collections of proof-theoretic ordinals of (bounded) arithmetical theories for each complexity level Π0n+1. Finally, we present an algebraic universal model for the variable-free fragment of RC∇ based on Ignatiev's Kripke frame. Our main theorem states the isomorphism of several natural representations of this algebra.
Третьи «Бабаевские Чтения» в формате Международной научно-практической конференции «Юридическая аргументация: теория, практика, техника»
Edited by: В. М. Баранов Н. Новгород: Нижегородская академия МВД России, 2012.
Konzepte der Kultur im Schloss von Michael Haneke und Alexej Balabanov
Zusman V. In bk.: Jahrbuch der Oesterreich-Bibliothek. Vol. 6. Iss. E. St. Petersburg: Peterburg. XXI VEK, 2005. P. 76-82.
the article describes the  semiotics of literature and film
Образовательное пространство в контексте семиотической теории
Таратухина Ю. В. Актуальные проблемы гуманитарных и естественных наук. 2010. № 11. С. 287-289.
Umberto Eco and studies in western esotericism
Nosachev P. Философия и исследования культуры. WP20. Высшая школа экономики, 2014
In the text works of well-known Italian semiotican Umberto Eco are considered through the prism of contemporary researches in Western esotericism. The idea of the so-called „hermetic semiosis” is explored by Eco in several of his works published after the 1980’s: Limits of Interpretation, Kant e l’ornitorinco, Interpretation and Overinterpretation, Serendipities, Six Walks in the Fictional Woods, etc. But its roots lie in Eco's early writings, directly in his semiotic theory. Eco has his own view regarding the formation of the whole of esotericism, which has expressed in a special perception of esoteric texts. From this perspective, Eco’s works seem to be not only semiotical in their essence, but also touch on the history of religious ideas and on the hermeneutics of heterodox texts.