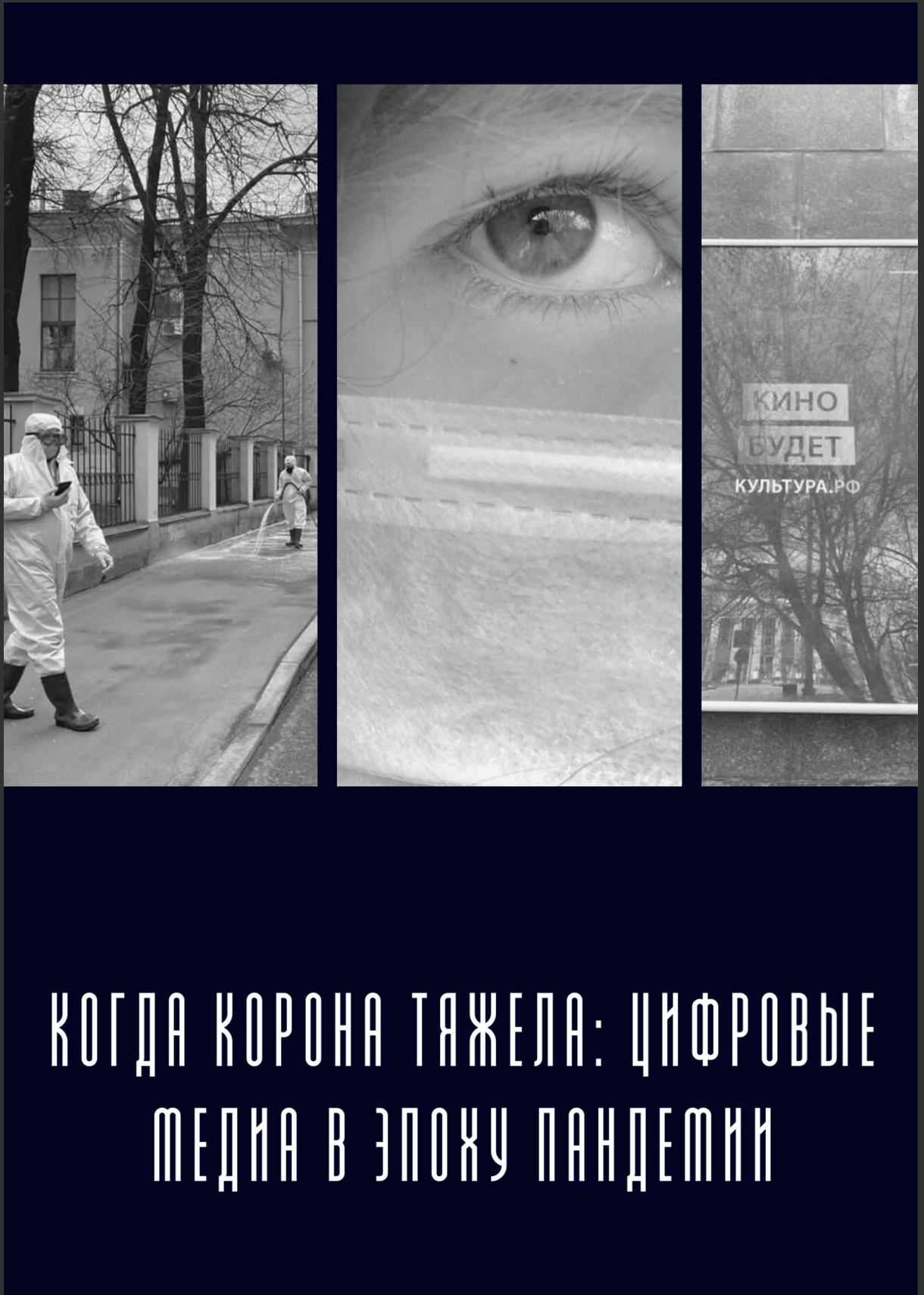 Когда «корона» тяжела: цифровые медиа в эпоху пандемии
М.: Издательские решения. Ридеро, 2021.
Similar publications
«Hieroglyphs of protest»: Internet Memes and Protest Movement in Russia
Shomova S. Political Science. PS. Высшая школа экономики, 2019. No. 68.
Political Internet meme is an underresearched contemporary phenomenon situated at the interface of digital media and political communication. Regarded as a unit of online transmission of cultural information, such a meme can be considered, on the on hand, as a manifestation of post-folklore, and on the other hand, as a mechanism of political participation and construction of social media users’ collective identity. The article presents the results of investigation into Internet memes generated by protest discourse in Runet (Russian Internet). Examination of a vast amount of Internet content allows drawing conclusions as to the thematic emphases of protest actions represented in Runet’s memosphere and to the specifics of the image of Russian protest as reflected in memes.
COVID-19 "Infodemic": the CASE of the IBERIAN PENINSULA
Kutyrev G. In bk.: Functional acpects of Intercultural Communication. Translation and Interpreting Issues. Vol. 7. Iss. 1. M.: RUDN, 2020. P. 763-771.

The coronavirus pandemic (SARS-CoV-2 or COVID-19, 2019nCoV), which, according to the Chinese office of the World Health Organization (WHO), began to spread from Wuhan no later than December 2019, now has secured its place among global security challenges. Scientists are trying to develop a vaccine against the 2019-nCoV virus, and WHO is helping them. According to the Nature magazine, in April 2020, more than 90 vaccines against SARS-CoV-2 were in the development of a number of pharmaceutical companies (for example, Moderna, Pfizer, Johnson & Johnson, GlaxoSmithKline) and research groups at universities around the world. Researchers tested various technologies, some of which had not previously been used in licensed vaccines. In this paper, we will try to outline some trends in the fight against the pandemic within the countries of the Iberian Peninsula, special attention will be paid to information coverage of this process and misinformation (fake news phenomenon)

Political internet memes are a little studied contemporary phenomenon situated at the nexus of digital culture and political communication. Meaningful as a unit of cultural transmission of information in the network, a meme can be seen, on the one hand, as a spontaneous product of the creativity of the masses, political participation mechanism, and on the other – as an instrument of political PR-technologies. The article is devoted to the results of a study of memes posted on Russian social media during the presidential election campaign – 2018; the purpose of this work was the formation of ideas about the essence of the political meme in Runet and the study of the specifics of its application in Russian election communication. On the basis of the data obtained there are analysed the leading functions of political memes of the Runet, their main varieties, semantic characteristics of memes that form the image of Russian politicians. The study of large arrays of memetic messages made it possible to judge which thematic "accents" of election campaigns of candidates are in demand by producers and distributors of memes, and also what are the features of the transformation of information into memes.

The study shows that the 2018 Russian presidential campaign is characterized by changes in communication technologies, caused, among other things, by general changes in the media landscape and the arrival of "new digital" generations. At the same time, memes, which make up a large share of social media content and a predominant vector of their users' communication exchange, in recent years have increasingly changed their character from entertainment to political and become an important aspect of Web 2.0 policy. As a result, we should note the strengthening of entertainment  and "carnivalization" of electoral processes as well as the transformation of the Internet into a kind of network battleground of various political actors for a place in the news agenda. The relevance of the study is given by the fact that, unlike foreign researchers who actively interpret the role of memetics in electoral processes, the political potential of the Internet meme has been studied in the Russian scientific tradition only in the very first approximation.

Among the digital phenomena of political discourse of the XXI century, the Internet meme occupies a special place. It is understood not only as a manifestation of network creativity, but also as an artifact of modern culture of participation, a way of public discussion, an instrument of electoral and protest communications. The article analyzes the processes of semantic confrontation of Runet virus messages, designated as «memes war», highlights the main types of this confrontation and examines the communicative cases of recent years, allowing to draw conclusions about the specifics and technologies of such a «war».

The authors seek to contribute to the existing discussion of the communicative function of political memes by bringing into discussion political memes used by opposition leaders in the 2018 Russian presidential election campaigns as examples of memes being purposefully deployed in targeted political communications. Specifically, they focus on Navalny’s use of the ‘yellow duck’ meme. Drawing on the existing research of memes’ mythological properties, the authors claim that the combination of dialogue and conflict as two main functions entailed in the political meme is a likely key element that increases the popularity of a meme and makes it viral. The discussion of concrete examples is preceded by a discussion that contextualizes the study of a political meme within the field of communication studies as a device that offers clarity in the chaotic flow of information, is constructed by both addresser and the addressee and serves as an effective tool for promoting ideologies.