The Syriac Life of Mār Yāret the Alexandrian: Promoting the Cult of a Monastic Holy Man in Early Medieval Mesopotamia

The article presents a hitherto unstudied specimen of Syriac monastic hagiography, the Life of Mār Yāret the Alexandrian. The author offers an overview of the content of the Life, which is followed by a close examination of the narrative’s intertextual background and analysis of the work’s monastic agenda. Also, he offers some preliminary observations on probable date and milieu of composition and gives a concise survey on the development of the cult of Yāret. In the appendix, the Syriac text of the Life is published for the first time, accompanied by an English translation. According to Minov, the Life was produced during the seventh or eighth century in the region of Bēt ʿArbāyē in Northern Mesopotamia, to promote the cult of a local holy man. The saints’ relics were placed at a small monastic church that functioned as a healing shrine. The narrative of the Life exhibits strong intertextual dependence on the sixth-century Life of Mār Awgēn, the semi-legendary founder of monasticism in Northern Mesopotamia. This contribution enriches our knowledge of Syriac hagiography in medieval Mesopotamia, especially of the corpus of monastic hagiographical works associated with the figure of Awgēn. It also sheds some light on the complex nexus involving textual production of hagiographical narratives and the development of the cult of saints during this littlestudied period. 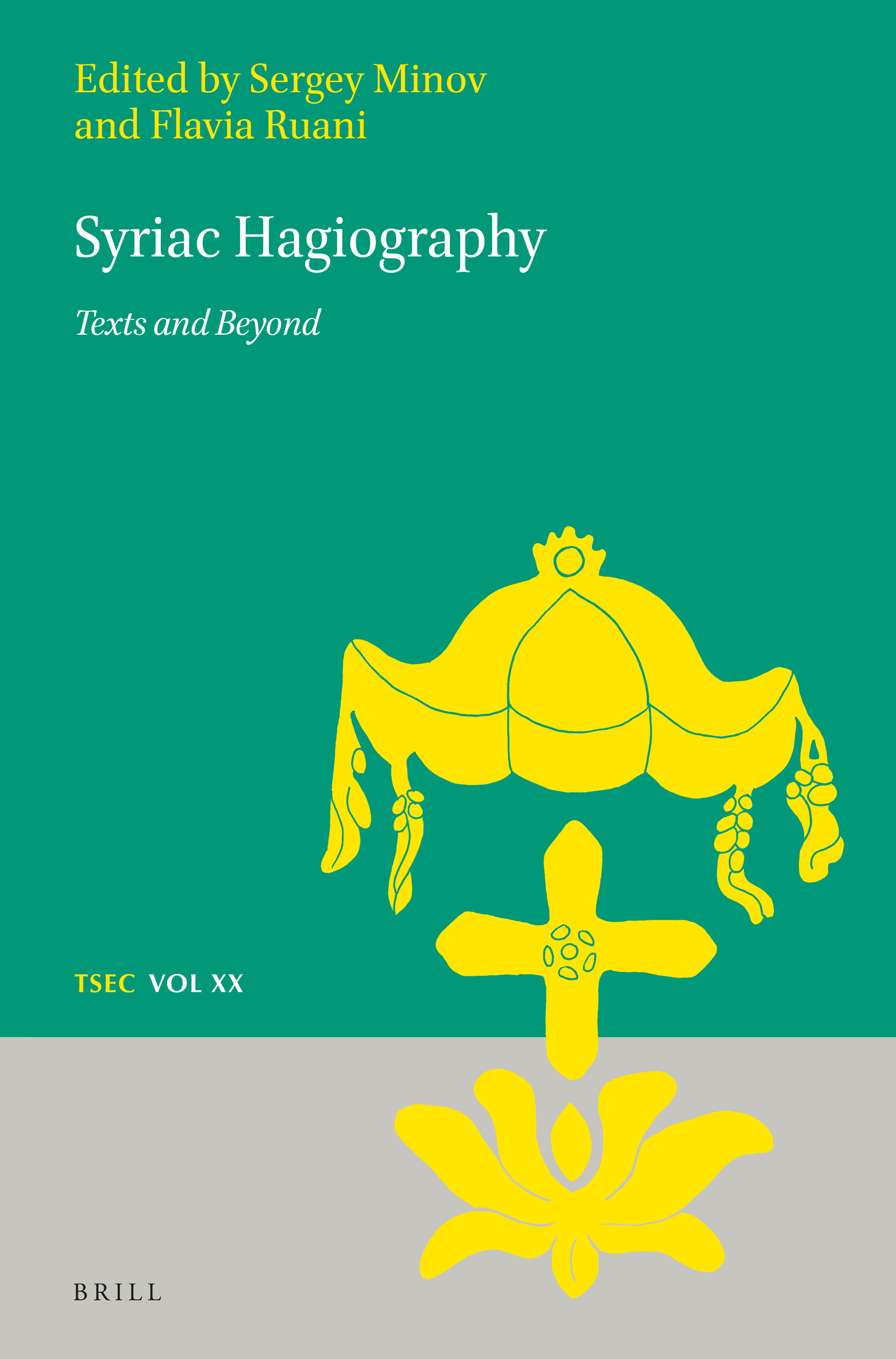 Syriac Hagiography: Texts and Beyond
Minov S., Ruani F. Leiden: Brill, 2021.
Similar publications
Russian Saint under Construction: Portraits and Icons of Starets Nikolay
Kormina J. Humanities. HUM. Basic Research Programme, 2012. No. 04.
The article analyzes the process of creation and promotion of a new type of saints, the so-called startsy (the elders), which emerged in the Russian Orthodox Church at the end of the 1990s. It focuses on debates about the “styles” of sanctity addressed by the term starets that are supported by different groups of believers. These groups support different strategies to articulate the charisma embodied in starets in terms of its legitimization and characteristics. The article studies these tendencies, using as an example the “career of starets” of the village priest from a remote island in the Pskovskoe lake, which is located 30 km from the Russian-Estonian border. First, I will outline the field of meanings ascribed to the term starchestvo. Then, I will analyze the three-stage “biography of starets Nikoly”, focusing on the ways that his devotees articulate his charisma.
Дагестан в транснациональных суфийских сетях: Шейхи из Кикуни и их зиярат в Турции
Бобровников В. О. Восток. Афро-Азиатские общества: история и современность. 2018. № 5. С. 21-36.

The case of a Sufi shrine of the Dagestani origin in Turkey examined in the article relates to the history of shared transnational Sufi networks. The naqshbandiyya-halidiya brotherhood of the Ottoman origin once moved from the Middle East to Russia’s borderlands in the Eastern Caucasus and then came back to the Ottoman Empire from the North Caucasus. Dagestani Sufi networks and holy places represent a specific kind of interactions between the Muslim elites in the Middle East, the North Caucasus, the Volga-Ural region, and Anatolia from the late nineteenth century up today. The biographies of Muhammad and Sharaf ad-Din from Kikuni buried in Turkey are well documented in various written sources, epigraphs, and oral histories. They participated in the 1877 Uprising, were exiled in the Volga region, and then immigrated to the Ottoman Empire. Their biographies show that the Naqshbandiya-Khalidiyya often crossed political boundaries and ideological barriers established in the region during the demarcation of the possessions of the Ottoman Turkey and the Russian Empire. The exchange of territories and subjects between Turkey and Russia over the past one and a half centuries led to the emergence of hybrid identities. The article traces a micro-history of an identity in a muhajir (immigrant) village community in Western Anatolia. Contrary to popular belief, the Sufi brotherhood never represented a single elusive player in the “Big Game” between the Great Powers. Rather, it included numerous rival factions whose leaders formed complex relations with each other and with local political elites. Sufi ritual networks were and still are closely connected to more local networks of sacred sites (ziyarats) in the regions.

The article examines long-lasting confrontation between Spanish Inquisition and Conversos (and, later, Sephardi Jews in Portuguese Diaspora) as a contest in such intangible values as sanctity, honour and merits deserving memory of next generations. These values were believed to be acquired first and foremost through martyrdom. Martyrological theme and potlatch-like scenarios are traced through a wide range of sources: inquisitorial records, Sephardi and Spanish chronicles and Portuguese poetry.

The review analyses the international conference “Christian Monasticism from East to West: Monastic Traditions and Modernity in Europe”, organized in June 2015 by sociologists and theologians from the Universities of Graz (Austria), Turin (Italy), and Bucharest (Romania). The conference initiated a sociological reflection of different monastic traditions, and the role of monasteries in terms of the decline of trust in religious institutions. It raised the question of the dynamics of monasticism as a traditional institution in modern societies, not only in Europe, but also in Asia, Africa, and America. The scholarly discussion paid particular attention to the adaptation and resistance of religious traditions to social changes. Researchers from different countries have demonstrated the innovative potential of monasticism in the economic sphere (monasteries from different countries are pioneers in the development of the sector of organic products), the cultural sphere (the development of tourism and excursion services), and the religious sphere (the emergence of so-called “new religious communities”). Alongside traditional roles, monasteries have acquired new social roles. The secularization of the concept of “monasticism”, and its use in relation to the phenomenon of “consuming the tradition” apart from a religious context is stressed. The conference continued to develop the theme of an interdisciplinary approach to the study of religion. The position of a researcher and his or her professional identity, the issues of objectivity, and the idealization of the research subject are analyzed.

The acme of the Arabic science and philosophy that is usually associated with the Abbasid times and Bet al-hikmah in Bagdad actually began long before, in the 6th c. with the great achievement of the Syriac science. The protagonist of that philosophical and medical movement was the chief medic of the city of Resh-‘ayna in Syria Sergius. Not only he translated a great deal of Greek medical and philosophical literature, but also he was adapting a sublime Neoplatonic theology to the Syriac language and culture. Theological profile of Sergius is of particular importance as he analyzed asceticism in his treatise ‘On spiritual Life’ under medical angle. In the article Sergius’medical approach is compared with his ascetical teaching. In making ascetical teaching closer to the medical care and medical science.