The article is devoted to the 10th anniversary of the publication of one of the fundamental works of Chinese nationalists - the book "China is dissatisfied." The author examines the extent to which the ideas of the book influenced the current mood in Chinese society and how they are reflected in the current policy of the current Chinese leadership. In 2006, in an article devoted to the main trends of Chinese public thought, which was published in the Russian media, one of the ideologists of the Chinese nationalists - Deputy Director Of the Institute of political science of the PRC AON Fan Ning - wrote that the most promising direction in terms of turning into a dominant ideology is of the "new left" (in the center of their ideology was the fight against corruption and inequality in society). The subsequent development of China showed that the Chinese leadership managed to integrate into the political mainstream not only the views of the "new left", but also the ideas of Chinese nationalists. And the latter gradually become the basis of China's foreign policy and initiatives of the current Chinese leadership led by Xi Jinping. This point is noted in the recently published book by one of the ideologists of the US-Chinese rapprochement Michael Pilsbury "Centenary marathon. China's secret strategy to replace America as a global superpower." Moreover, Pilsbury emphasizes that the insistence of the representatives of the Chinese establishment that the views of the nationalists are marginal and do not reflect the position of the official Chinese leadership is nothing more than a manifestation of China's stratagem behavior in the spirit of the period of "fighting kingdoms" ("zhango"), the desire to disguise the true views that lie at the heart of China's foreign policy constructions, to mislead third-party observers. The well-known formula of Deng Xiaoping, put forward in the early 1990's "keep your head down" was aimed at the same. It seems that the above-mentioned article by Fan Nin also pursued this goal - to convince the Russian public that the views of Chinese nationalists are marginal and do not pose a danger to the interests of the Russian Federation. Because the pathos of Chinese nationalism is directed against the United States, not against Russia. This is also quite common in Chinese political practice, designed to mislead the partner. The Chinese assessments of the current state of Russian-Chinese relations as "the best period in the history of relations between the two countries", as well as arguments about the desirability of a closer union between Russia and China, are aimed at the same. According to the author, underestimating the influence of Chinese nationalists on the formation of China's modern foreign policy is a serious mistake that can lead to unexpected results. 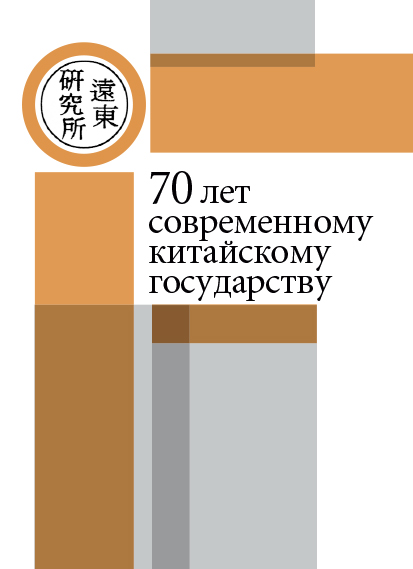