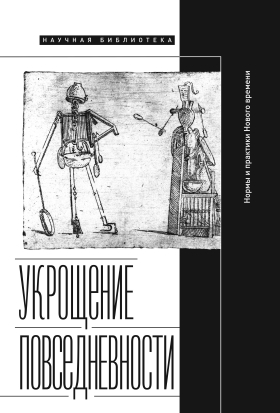 The present chapter is dealt to the main steps of becoming and exisiting of Russian film in 1900-1990s.

Representations of the Police in Contemporary Russian Police TV Series
Khitrov A. Humanities. HUM. Basic Research Programme, 2014. No. 41.
Studies of representations of the police are important because they affect what people think about the police as an organization, what people expect from day-to-day interactions with police officers, and how police officers themselves work in the media-saturated context of contemporary Western societies. This study is based on an approach, which does not strictly separate studies of the police as an organization from studies of how the police are represented. In this paper, I formulate a methodological framework for analysing representations of societal and state institutions in TV series, and I use this framework to then answer the question of how the police are represented in contemporary police TV series in Russia. This paper based on a single-case semiotic study of a popular Russian TV series called Glukhar’. I consider the show’s social and cultural contexts as well as its symbolic structures, such as visual and audial elements and its narrative. I develop a narrative model of the show, argue that the most prominent motif of the show is justification of the police’s illegal actions, and finally build a typology of these justifications. I propose a detailed analysis of two types of justifications and ultimately conclude that the TV show represents the police estranged from the state but not from society. Finally, I argue that my methodological framework can be applied to other TV series in studies, which address representations of societal and state institutions.
Золотой век европейской монархии. Политическая культура Средневековья и раннего Нового времени
СПб.: Евразия, 2019.
Машины зашумевшего времени: как советский монтаж стал методом неофициальной культуры
Кукулин И. В. М.: Новое литературное обозрение, 2015.

This book examines shifts in the meaning of montage in different historical situations and in various artistic media, including literature, cinema, theater, and visual arts. Its scope includes literature and art of Soviet Russia (both official and unofficial), Germany, France, and the United States from 1910 to the 2010s. While this book does not provide a cohesive historical sketch, it delivers comparative studies on artists whose works problematize common understandings of the avant-garde in art history.

This study argues that different types of artistic montage correspond to different conceptions of history, dividing the history of montage aesthetics and techniques into three periods: (1) constructing, (2) post-utopian, and (3) historicizing or analytic montage. This book intends to demonstrate how the revolutionary montage aesthetics of the 1920s was reinterpreted and adapted for critical analysis of utopian consciousness in unofficial literature and art of the 1960s and 1970s. This change became possible because unofficial art, unlike Soviet socialist realism, was connected with the experiments of European and American radical modernism and postmodernism.

Real Police and Fictional Police: A Study of Public Perceptions through Online Commentaries
Khitrov A. Humanities. HUM. Basic Research Programme, 2015. No. 84.
Contemporary police scholars have argued that it is important to study “how representations of the police and policing are produced and received” (Loader, 1997: 5) and what social meanings are created by them. Police scholars have claimed that police television series produce media images which frame social relations, and social relations, in turn, frame media images (Clarke, 1983, 1992; Lassiter, 1996; Leishman and Mason, 2003: 126, 134–138; Reiner, 2008: 315, 317, 2010: 178). Given that there is no common name for these theoretical assumptions, this paper proposes to use ‘feedback loop theory’ to unite these assumptions into a common framework. In addition to analysing the content of police shows, scholars have recently begun to focus on the stage of production (Colbran, 2014; Lam, 2013) and the stage of reception (Cummins et al., 2014; De Bruin, 2011; Dowler et al., 2006; McClean, 2011). The purpose of this study is to add empirically to reception studies and to test the feedback loop theory by analysing how people discussing fictional police dramas refer to the actual police and police-related issues. I answer these questions by carrying out a content analysis of popular Russian-language internet discussion forums where internet users review Russia’s most famous police show Glukhar’ (2008-2011). The paper shows that this police procedural frames what ordinary citizens and the police chiefs expect from the police, and thus the results of the study illustrate the feedback loop theory.
Права человека в консервативной политико-правовой мысли России второй половины XIX - начала XX вв.
Туманова А. С. Известия высших учебных заведений. Правоведение. 2011. № 3. С. 186-212.