С. 203-218.
Иванов Е. А.
Language: Russian
Full text (PDF, 628 Kb)
Text on another site
Keywords: political regimespolitical risksIranpolitical instability
Publication based on the results of: Near and Middle East in the context of the global phase transition(2017) 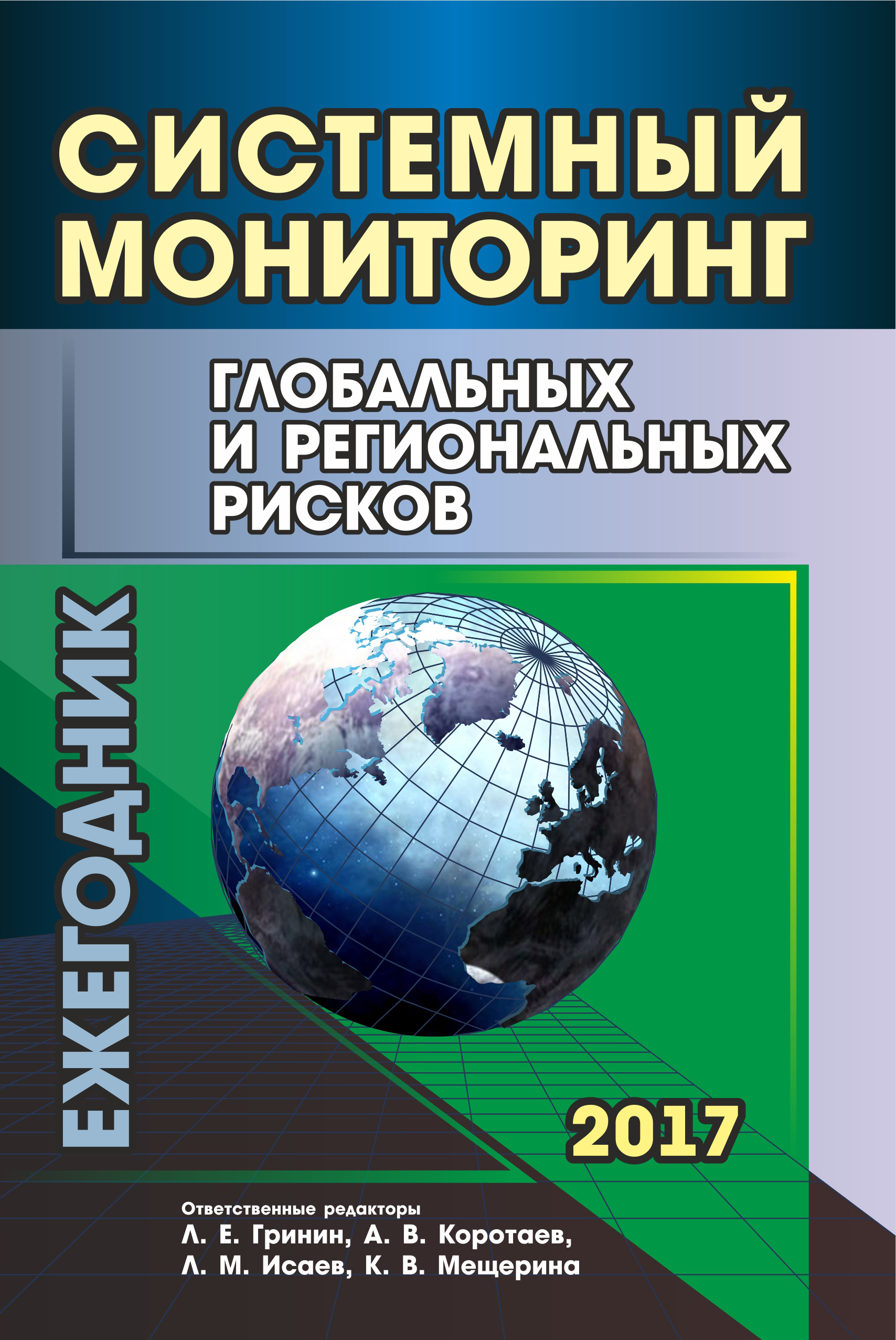 Системный мониторинг глобальных и региональных рисков.
Edited by: Л. Е. Гринин, А. В. Коротаев, Л. М. Исаев и др. Вып. 8. Волгоград: Учитель, 2017.
Similar publications
Hushed Dissent: Permanent Incumbency Advantage and Varieties of Online Political Dialogue under Competitive Authoritarianism
Hassanpour N. Comparative Politics. PS. academia.edu, 2014
The asymmetries of electoral competition on unequal grounds are reflected in the pertinent political exchange. I argue that the oppositional deliberation under repression is likely to happen in nondescript and hard-to-identify formats to circumvent prosecution based on identifiers. I hypothesize that exchanges challenging the status quo are cliquish, clandestine and grassroots, while conversations involving the side favored by the unelected elite are hierarchical and identifiable. To test the hypotheses, I extract measures of the network structure of Persian conversations on Twitter during the 2013 Iranian elections and show that discussions around the challenger, Rouhani, were highly interactive, interconnected, and nondescript; while Ghalibaf, a favorite of the hardliners, induced hierarchical and unidirectional conversations among users enjoying more following online.
Саммиты ЛАГ: (не)время для споров
Исаев Л. М. Азия и Африка сегодня. 2010. № 9. С. 46-50.

The author has completed the comprehensive analysis of the last Arab League Summit that took place from 27 to 28 SUMMARY 78 АЗИЯ И АФРИКА сегодня№ 9 2010 March 2010 in Sirte (Libya) showing contradictions arising within the organization. These were issues of the first priority: the relationship with Israel in light of expansion of the program of building Jewish settlements in East Jerusalem, the problems of reforming the Arab League etc.. Due to Leagues increased contacts with non Arab states (primarily Turkey and Iran) members of the summit have reviewed a draft treaty submitted by the Arab League Secretary General Amre Moussa, who has suggested to create the Arab Neighborhood Zone. Issues proposed for consideration at the Extraordinary Summit of Arab League in October 2010, are also analyzed.

The presented article describes evolution of the "awbash" term, which was used to determine specific groups of urban population in Iran and Central Asia. It has been confirmed that on particular stages of develpment of these groups, this term was a synonym  for determination of the traditional masculine communities of luti (Iran) or ulufta (Mawara al-Nahr) in muslim cities  of the Persianate world. Awbashi were deeply connected with giuld organisations and system of ward self-regulation, playing specific role in the strcuture of urban society.

Shia-Sunni Interactions in Greater Central Asia: Retrospective and Current States
Alexeev A. K. Humanities. HUM. Basic Research Programme, 2014. No. 75.
This paper analyzes the Shia-Sunni interactions in northeastern Iran (Khorasanan) and Central Asia. The Shia-Sunni disputes in the region date back to the Middle Ages after the establishmnet of the Safavids (1501 - 1722) in Iran and Shibanids (1501 -- 1601) in Mawara al-nahr at the beggining of the 16th century. This paper based on narrative sources, attempts to find the true reasons of this phenomenon and to estimate its influence on history and future of the region. An overview of both Sunni and Shiite religious community status in Iran, in Mawara al-nahr, has become particulary important when discussing this issue.
The Republic of Armenia 2010: Previous experiences – Future Prospects
Тегеран: Институт изучения Кавказа, 2012.
This is the collection of articles devoted to the research of the Armenian Republic in different aspects. These reports were presented on the conference “The Republic of Armenia 2010: Previous Experiences – Future Prospects” in 2010 in Tehran.
Мемуары Абдаллаха Мустауфи как источник для изучения традиционных объединений населения Тегерана (к. 19 – нач. 20 вв.)
Алексеев А. К. В кн.: Азия и Африка в меняющемся мире. XXVIII Международная научная конференция по источниковедению и историогрфии стран Азии и Африки, 22 – 24 апреля 2015 г. : Тезисы докладов. СПб.: ВФ СПбГУ, 2015. Гл. 2. С. 75-76.

The article describes materials of the autobiographic composition Sharh-i zindagani-i man ya tarikhi-i ijtima'-i wa idari-i dawra-i Qajariya (The story of my life or history of social relations and system of administration under the Qajars), written by the representative of the class of hereditory tax collectors and members of civil administration Abdallah Mustawfi, which covers vide range of aspects of political and socio-economic history of Persia/Iran under the Qajars and the Pahlawi. Special attention has been paid to traditional units (luti, dashi) of Tehran population.

Modernization Theory and Development Without Democracy: Evidence from Elections to the Iranian National Assembly 1906-1975
Hassanpour N. Comparative Politics, Social Research Methods and Methodology. PS. academia.edu, 2015
What are the conditions under which development does not breed democracy? To provide an answer, I propose a novel and minimal model of authoritarian elections in relation to the economy of power-sharing. Using primary archival material, I construct a novel district-level panel dataset of more than 3000 parliamentary elections to the Iranian National Assembly spanning over 70 years, combine the electoral statistics with detailed district-level socioeconomic data from the country’s first three national censuses, exploit The White Revolution, the Shah’s far-reaching modernizing attempt,as an intervention, and use matching and multilevel mixed effects models with a variety of robustness checks to test Modernization Theory’s main premise. The findings demonstrate a decline of at least 7% in the rates of electoral turnout as a result of the reforms. Labor growth in the agrarian and industrial sectors are shown to exert significant influence on the turnout, in opposite directions.
Христианский Восток: государства и межконфессиональные связи
Т. 33. Вып. 2. М.: РАНХиГС, 2015.

The article deals with the transmission of the Iranian words in the Late Middle Egyptian text of the Satrap Stela (311 B.C.). The problematic fragment with such word is the story about the domain of the ‘Land-of-Wadjet’, which has once been alienated from the possessions of the Buto temples by a foreign ruler named #SryS. Historically it must be Artaxerxes III during or after his invasion in Egypt in 343 B.C. but the name-form corresponds to the Old Persian Xšayṛšān, i.e. Xerxes. This can be explained by a possibility of not only the name Xerxes being used as a generic for Persian kings, like in some Classical texts (the idea by W. Spiegelberg and P. Briant) but also by the confusion of the two names in their Greek form, due to their common component Ξέρξης/–ξέρξης. Unlike Xerxes’ authentic Egyptian cartouches, the hieroglyphic transcription of the Satrap Stela does not show -yṛ- present in the Persian name but absent in its Greek form. Besides the word “satrap” as a denotation of the Satrap Ptolemy, though transmitting the Iranian *ḫšaθrapāna, appears in the title of a document, which must have undoubtedly been Greek originally (Pdrmyz p(A) xSdrpn ~= Πτολεμαίος ὁ σατράπης). One concludes that the use of initially Iranian words was motivated for the compilers of the text by the Greek, and not Iranian, language practice; this is no surprise due to the short duration of the Persian domination in 343-332 B.C. and to the wide presence of Greek-speakers in Egypt after the Macedonian conquest. However, the hieroglyphic transcription of these words corresponds to their Iranian form known in Egypt since at least the 5th century B.C.: probably, the compilers of the text did not care to invent a brand-new transcription for their Greek forms. The only possible exception is the alleged transcription of the name ‘Arses’ (Wr-siA-z ~=Ὀάρσης < ὁ Ἄρσης): the Greek name-form might have been reproduced here, as the original Persian form remained unknown.