The article deals with the problems associated with the widespread introduction of digital and information technologies in various sectors of the economy of the Russian Federation, including in the transport and logistics sector. Digitalization and informatization of the transport complex, logistics processes that were perceived not so long ago as something far from reality, today are the basis of modern transport business processes prove their necessity and efficiency. The paper analyzes various informational technical transport systems (ITS) of transport and transport infrastructure management, and shows that the implementation process is not quite systematic on Russian roads. It is shown that the lack of common standards and technological platforms leads to the emergence of a number of problems, such as electromagnetic and information incompatibility, unacceptable threats and risks, cyber security, organizational disunity, inconsistency and chaos of ITS management. It is shown that to create and ITS transport industry, it is necessary to promote a unified set of standards, a single technological platform, use the principles of system engineering and build an IT architecture and infrastructure. Not timely adoption of integration measures may further lead to a traffic collapse, or Russia's lag in the development of intelligent transport and transport infrastructure. 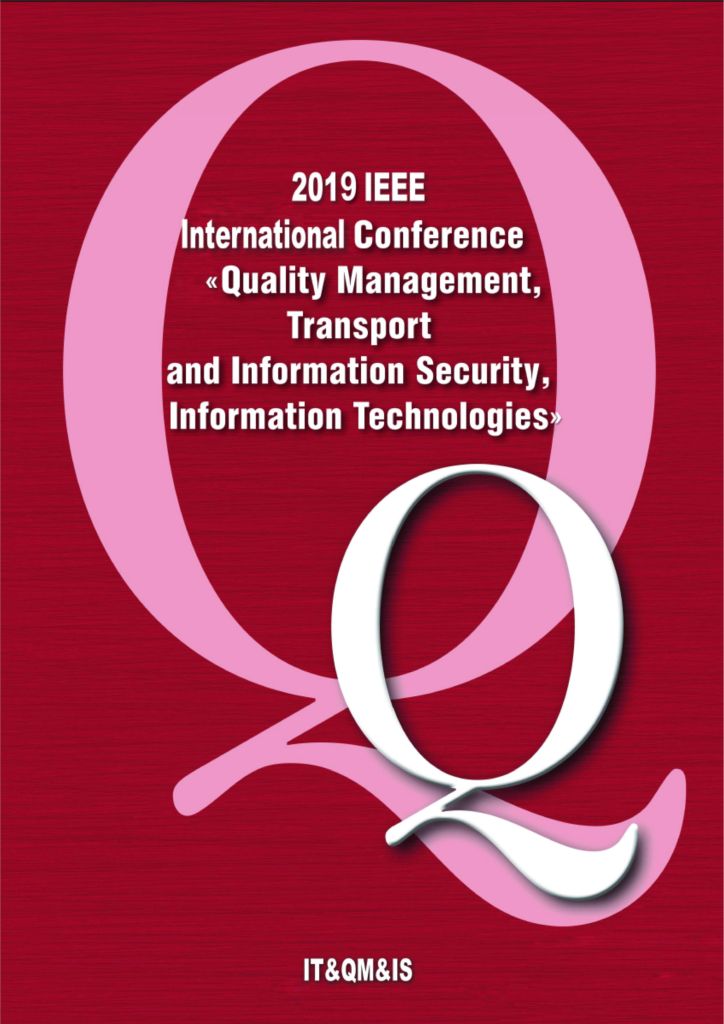 The notion that certain management practices at all levels create substantial competitive advantages for the company in the market received a lot of attention in the academic community over the years. A large body of work was accumulated as a result, though it appears that a comprehensive understanding of the relationship between management practices and firm performance is still lacking. This study is a part of a larger project aiming at closing this gap. The objective of this study was to create a typology of companies based on efficiency, using a number of objective criteria obtained from publicly available information.

The laboratory stajnd for diagnosing of radio-electronic equipment on the example of the common emitter amplifier
Ivanov I., Uvaysov S. U., Lvov B. G. et al. In bk.: Innovative Information Technologies: Materials of the International scientific-practical conference. Part 3. Prt. 3. M.: HSE, 2014. Ch. 3. P. 311-313.

The article suggests and describes a laboratory stand, allowing analysis printed board assembly electronic equipment (low-frequency amplifier) with the aim of monitoring the technical condition and diagnosis. This method has been implemented stand "Troubleshooting Handbook." The stand is designed for laboratory work by students in the course "means and methods of technical diagnostics."

Сезонная корректировка как источник ложных сигналов
Бессонов В. А., Петроневич А. В. Количественный анализ в экономике. WP2. Высшая школа экономики, 2013. № WP2/2013/04.
The paper analyzes aberrations that appear as a side-effect of seasonal adjustment when applied to time series of economic data in the neighborhood of an abrupt change in level, the pattern of dynamics that was typical for economic crises. Under these circumstances the standard algorithms of seasonal adjustment are shown to be able to produce spurious signals that we characterize as foreshocks and aftershocks. These signals can significantly distort the understanding of short-term behavior of data, particularly during first several years following the beginning of a crisis. The monitoring of short-term trends within this «blind zone» is extremely problematic.
Мониторинг реализации программ инновационного развития на крупных российских предприятиях
Ляпина С. Ю., Устич Д. П. М.: Перо, 2014.

The monograph concerned on the organizational problems of monitoring programs of innovative development at the biggest Russian companies. In the book there is an original methodical approach to managerial accounting, analysis and control of the progress and results of innovation at enterprises. Conception underlines features and level of development of corporate management technology and specific holding structures. Monitoring is considered as a function of strategic control in a large enterprise in the process of innovation.

Issues of ex post evaluation of mergers and antitrust bodies prescriptions are discussed. Among them: interrelation of enactment and enforcement from the perspectives of errors of I and II types in antitrust mergers control; probable consequences of mergers for competition; Аннотации к статьям 206 тьям № 1, 2012 comparative advantages and failures of decision variants available for antitrust bodies; ways of decision-making in expected merger. Also there are issues on efficacy of antimonopoly body decisions taking into account cost of monitoring, sanctioning of mergers participants, including influence on competition condition on relevant markets.

For the first time in the domestic technical literature, the basic physical laws in the field of electricity and magnetism and the issues of designing high-speed electronic equipment are considered in a single cycle, for which the problems of signal integrity, power integrity, and electromagnetic compatibility have taken the lead. The manual shows the methodological foundations of the application of fundamental physical laws - from the Coulomb law to the Maxwell equations - to substantiate technical solutions in the design of equipment, aimed at reducing the level of interference in signal circuits and a power distribution system, as well as ensuring electromagnetic compatibility. The publication should help a deeper understanding of the relationship of physical laws with engineering solutions, which will avoid gross errors in the design of equipment and find the most cost-effective technical solutions.

The manual is primarily aimed at bachelors in the relevant areas of training, but it will be useful for masters, graduate students and practicing design engineers of electronic equipment with increasing professional skill

Telehealth  systems demand standardized solutions to be cost effective and to take advantage of middleware operation and interoperability. The plug-&-play  and standard-based platform that, either as individual elements or as components, can be incorporated in a simple way into different homecare environments.  Many company, not traditionally involved in medical markets,  increasing pressure for a standard for Personal Health Devices (PHD). As a result: ISO/IEEE11073 (X73) standards is adapting from Intensive Unit Care (ICU) scope, focused on the Point-Of-Care (PoC), to Personal Health Devices (PHD), focused on ubiquitous environments, implementing high quality sensors, supporting wireless technologies and providing a faster and more reliable communication network resources. This X73-PHD version is for the homecare challenge and might appear the best-positioned international standards to reach this goal. In this  article, a X73 compliant agent  and manager communication  for homecare platform, as a proof of concept, will be explaining all steps implemented as well as  on demand  agent specific protocol plugins downloaded to X73 Manager.