Encounters with liberalism in Post-Soviet Russia

The chapter analyses the process of discursive construction of the image of “liberalism” in post-Soviet Russia. The author sticks at the reputation approach, i.e. considers as “liberals” the politicians and pubic intellectuals who call themselves this way or are regarded as such by their contemporaries. Analyzing the texts of the “liberals” and their critics the author argues that the current crisis of liberalism in Russia is partly a consequence of the form in which it was invented in the 1990s. Liberalism in Russia is associated with the Westernism, obsession with the market economic reforms, paternalist approach to the illiberal majority, criticism of the authoritarian regime and renunciation of imperial ambitions. In the context of political and ideological shifts of the 2000s and the 2010s this combination of ideas facilitated a development of the negative image of liberalism and its political marginalization. 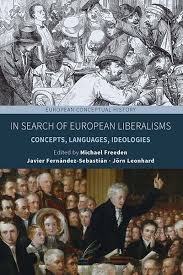 In order to understand modern Russia and not to fall into the current most common stereotypes (the first and most common one being the image of its current president as a modern Tsar), it should be a prerequisite to analyze the period of the substantial failure of the first Russian constitutionalization which preceded the Soviet government and the entire Soviet period.

This book aims to analyze this period (1905–1907) distinguished by the short but intense liberal era in Russia at the start of the 20th Century. Thanks to this, Russia experienced one of the latest and shortest liberal periods in Europe, in which, however, seeds were launched for the later modern political and institutional development of the country.

It is important to observe the revolution of 1905 and the following convocation of the First Russian Duma in 1906, which evolved into a lost opportunity for the Russian constitutionalization and ultimately ended up being a forgotten liberal revolution. Instead, throughout the decades became predominant Lenin’s narrative of the 1905 events as a general rehearsal towards the hailed and inevitable Glorious Bolshevik Revolution of October 1917, which by contrast, was considered the start of a new era and a strong new legitimate political regime.

Thus, the liberal and constitutionalization potential of the 105 revolution have been for almost a century banned from the official political history of the Soviet Russia.

Nonetheless, today all these events, and especially those generated by the parliamentary institutions, have been reevaluated in the light of their role in inspiring the constitutional transformation of the current post-soviet political system, and have a newly acquired practical significance for the modern institutional development of Russia.

From this perspective, it is more historically understandable the current effort of the Russian Federation to consolidate first and more liberalism and Rule of Law reforms before dealing with the issue of a full and true procedural democratization of the country.

In spite of the fact that the liberalism had a significant history in Russia in the nineteenth and early twentieth centuries its coming back to political practice during perestroika and after the collapse of the USSR should be considered as essentially new stage. At that time the traditions of pre-revolutionary liberalism were essentially “forgotten”, and those who was eager to stand under the liberal banner had to reinvent it almost from scratch. After a short triumph in the very beginning of the 1990s and modest electoral success in mid-1990s liberalism has given up its positions as a political force. Since 2003 the liberal parties has lost representation in the State Duma (a lower chamber of the Russian parliament) which brought their marginalization. In mid-2010s, in the context of crisis in Russia’s relationship with the West caused by annexation of Crimea and war in Donbass the liberals became stigmatized as “pro-Western” and “anti-national” political force which made the revival of liberalism highly problematic.

‘Formalizing the unformalizable’: Discursive resistance to Unified State Examination by the teacher community
Minina E. Education. EDU. Высшая школа экономики, 2019
This paper investigates the logics of teachers’ discursive resistance to the Unified State Examinations (USE) almost two decades after its introduction into the Russian education system. By drawing upon NVivo-aided Discourse analysis of online teacher discussions, interview and focus group data, the analysis critically examines the pedagogical underpinnings of USE vis-à-vis the traditional assessment system in the teaching community in two Russian cities: Moscow and Rostov-on-Don. Drawing on the concept of ‘actually existing neoliberalisms’ the analysis shows how, when interpreted through the lens of grassroots pedagogical values, the semantics of the globalized concepts of ‘educational standardization’ and ‘standardized testing’ takes on domestic culturally-specific meanings complementary and, at times, contradictory to the intended ones. In Russia specifically, the notion of ‘standardization’ comes into conflict with the pedagogical idea of a creative personalized and, therefore, profoundly ‘non-standard’ education, while academic assessment continues to be perceived as the non-quantifiable and subjective outcome of teacher-pupil interaction over time. The analysis underscores the interpretative and symbolic dimensions of educational policy and calls for more nuanced efforts to culturally tailor and translate borrowed educational meanings on the part of educational elites.
Российское идеологическое безвременье в зеркале Рунета
Паин Э. А. Вестник Института Кеннана в России. 2013. № 24. С. 62-73.

The article is the study of ideological groups in the Russian-language Internet. The material is vkontakte.ru analysis platforms and LiveJournal.com