The development of information technologies and rapid growth in the volume of accumulated data makes it necessary to develop new scientific approaches, technologies and methods for collecting, processing and storing information. Digitalization has significantly affected people employed in science and technology: the ability to work with large amounts of information, the knowledge of statistics, and the ability to correctly publish research results became crucially important. For researchers the possession of digital skills signifies the confident use of new data analysis tools and implementation of new technologies.

Research practices and competencies of Russian doctorate holders are examined within the framework of the project “Monitoring survey of Highly Qualified R&D Personnel” (National Research University Higher School of Economics, 2010-2019). One of the objectives of the project was to assess the readiness of Russian researchers for digital transformation and to found out to what extent modern digital technologies have taken over the activities of Russian Doctorate holders. It was analyzed whether Russian scientists are familiar with modern digital terminology, whether they apply modern data processing tools in practice and whether they are ready to improve own digital skills.

The sample included the total of 2061 Russian Doctorate holders, representing all fields of science, and employed in the academic sector (research institutes and universities), as well as in industrial and service sector companies.

The professional activity of most Russian Doctorate holders is associated with the regular use of information technologies. Among the surveyed PhD holders, 85% reported that they regularly use computers and the Internet, another 10% use them periodically. But scientific work involves not only basic computer skills, but also advanced data analysis tools. Our results show that less than half of Russian Doctorate holders are aware of modern digital technologies, except for Big Data Analysis. Moreover, a number of digital tools and technologies are well-known, but have not yet found widespread practical application.

The “digital outlook” can come from the general erudition of the Doctorate holder or from the practical experience of using various digital tools: researchers can be clearly divided into “abstractly informed” and “practitioners”. Employees of research institutes, who are more aware of the meaning of digital terminology, use new digital technologies much less frequently than their colleagues from universities and the non-academic sector. A similar situation is observed when comparing age groups: while the youngest scientists are more often aware of the meaning of digital terms, middle-aged and older scientists, if they know the digital technologies, also quite often use them in practice.

The use of particular digital technologies varies according to the type of organization: User Interface Design is more often practiced outside the academic sector, while Big Data Analysis and Machine Learning are more actively used by Doctorate holders employed in research institutes and universities. The biggest number of employees who deal with Mobile Application Development appeared in the research Institutes.

The most advanced digital users are those who specialized in natural sciences, engineering sciences, social sciences, and mathematics; PhD holders in agriculture are the least informed.

A significant part of Russian scientists already have experience in improving their digital skills by taking part in various computer courses. Over the last 3 years, every fifth Doctorate holder (18.9%) attended computer courses. However, emphasizing digital skills, it is important not to forget about the importance of soft and hard skills, that employers expect from researchers. 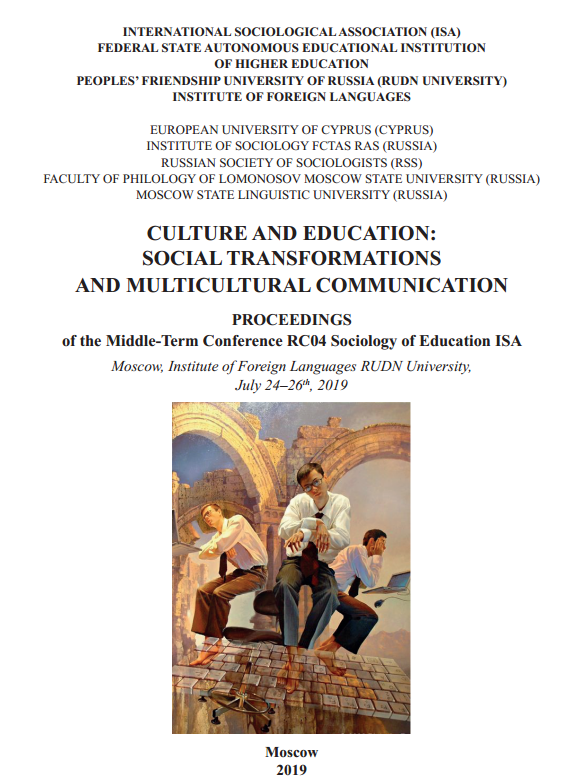